An Owl That's No Pussycat

After our terrific Codger-led success calling 'n cam trapping a fiesty great horned owl at the Chimineas Ranch - with just a plastic owl and my iphone - I thought I'd try the trick again and check out the GHOs around our family lodge near Mariposa, CA. We see and hear great horned, and know they nest in the woods around the house, but don't know specifically where. 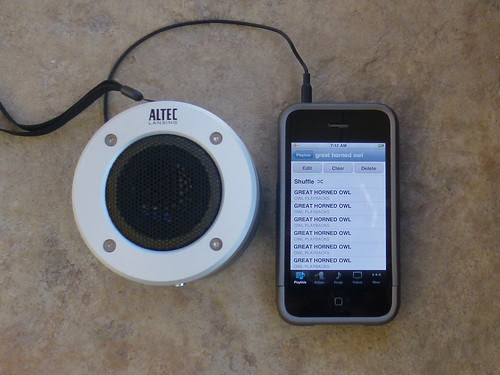 So, I set the scene in a clearing where we've seen them before - at the corner of two trails named main street and lakeside cut. I stuck our old plastic owl (doesn't every farm have one?) on the end of a broken branch, and wedged it into a cluster of winter-fallen limbs - anchored just well enough to not be a casual pushover. Then I clamped the cam trap to a nearby branch, and hid the iphone-driven caller on the ground, between the cam and fake GHO: 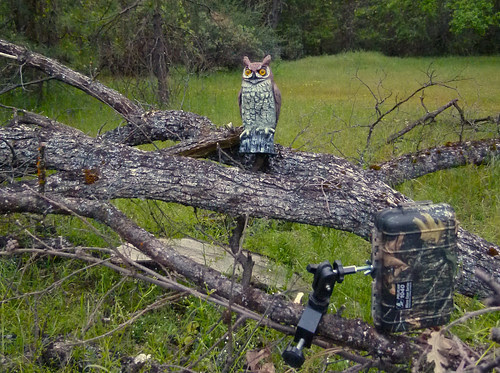 Faux owl and my new Pentax 10 mega pixel homebrew cam trap. The iphone and speaker are hidden on the ground between and below 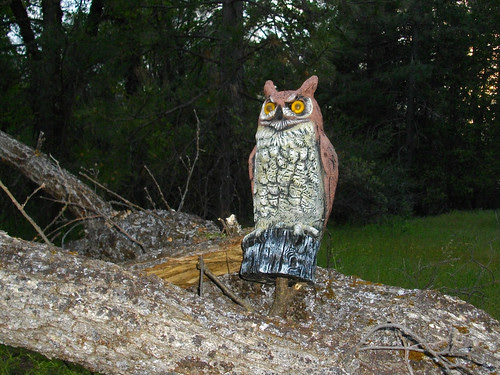 The view from the cam trap camera at 7:59pm

It didn't take but 16 minutes of calling after I left the scene before our local territory holder answered the challenge and downed the plastic intruder: 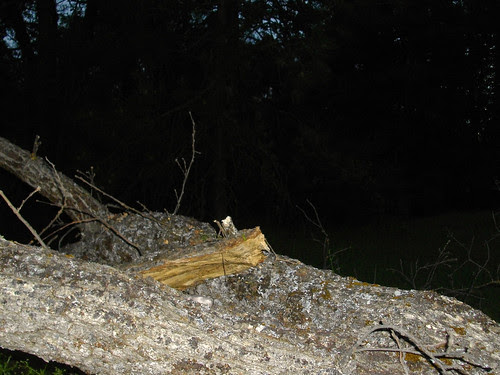 Our victor returned after 13 minutes more for a photo, and to give the fallen foe a "What? You want another piece o' me?" stare down for still hooting: 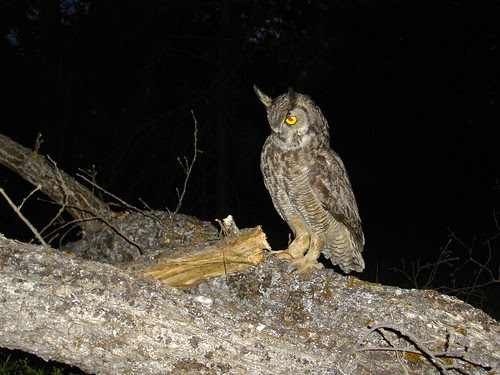 And, much like at Chim, the repeated calling afterward from the hidden iphone definitely caused some serious confusion, consternation and frustration.

But, it also allowed us to get a solid look at this beautiful death-from-above beast, as it kept returning to inspect the iphone, and search the darkness for the ghost competitor-owl... 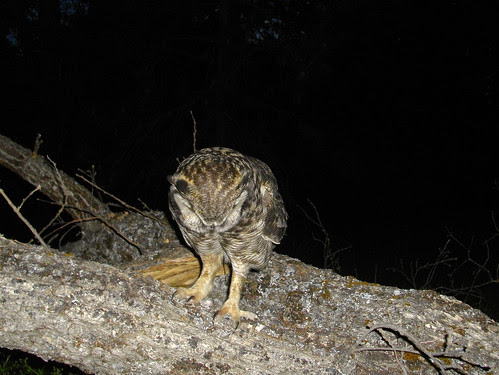 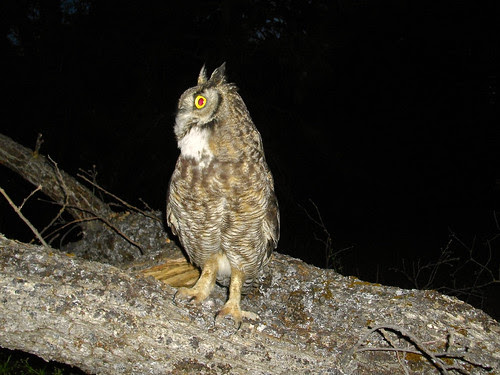 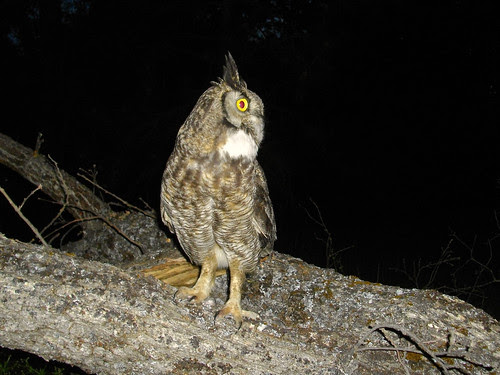 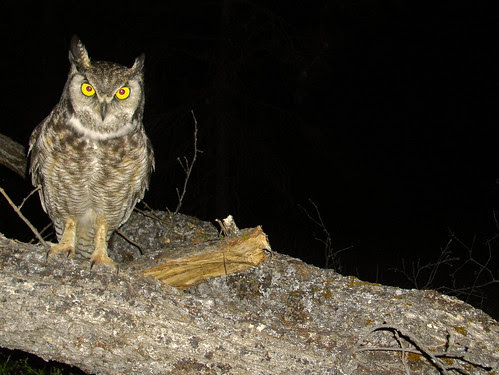 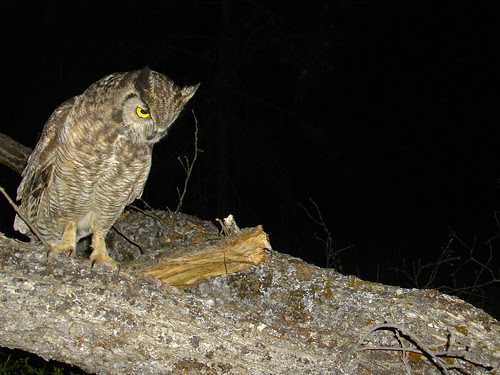 Notice - our local búho has 1/2 an ear tuft on one side. Perhaps from fighting? We've seen the GHOs get in scraps with the local red-shouldered hawk from time-to-time. Also with Steller's jays.

The position of this last shot seems to be a calling posture. Tail up, wings back, neck out... But Half-Horned's beak isn't open. Hmmm... 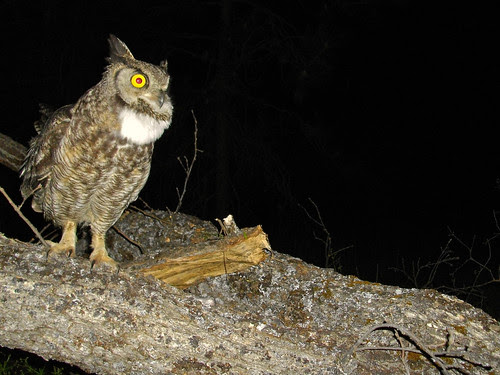 I don't know if the owl is male or female. The male Bubo virginianus usually defend the territory. We do know there's a resident mom around - we enjoyed one of her branchers back in 2008 - at this very same corner-in-the-woods. 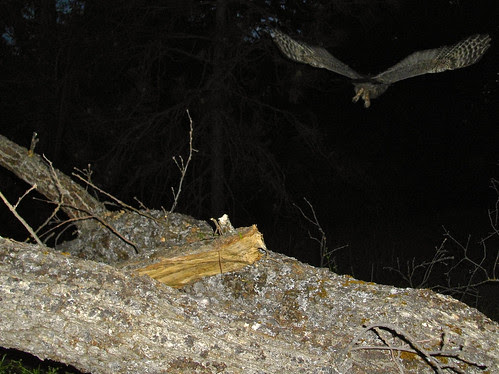 I mighta gotten lucky my iphone was there, and whole, the next morning.

How many bites does it take to get to the center of an iphone?