A fun aspect of setting cam traps around clusters of old badger burrows, is that the burrows often attract squatters and homesteaders.

In this case, an overwintering burrowing owl. 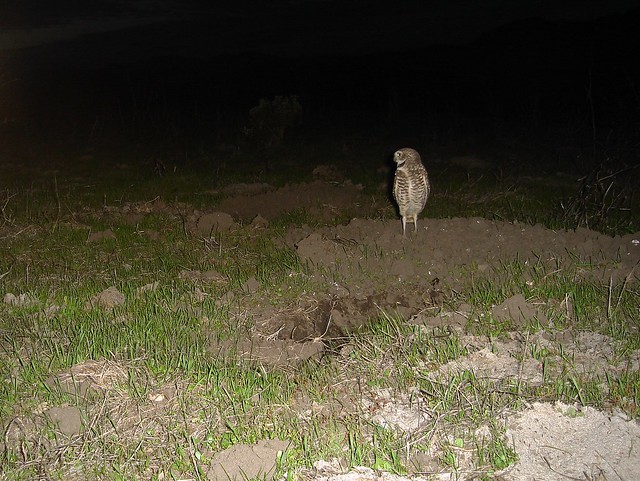 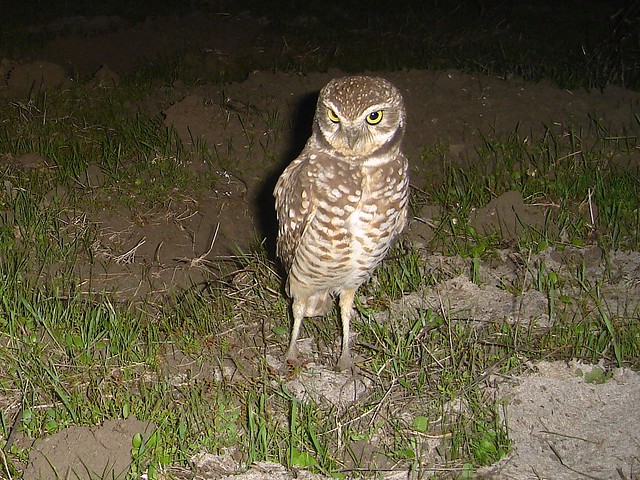 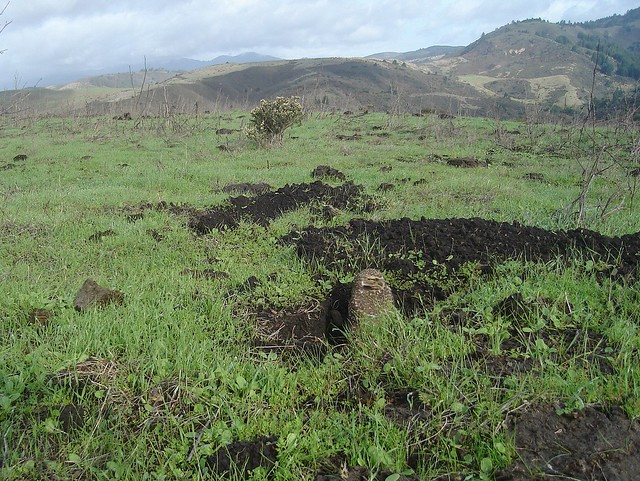 I heart burrowing owls. The idea of a little owl that lives in burrows always makes me smile.

But as this camera caught, the same burrows attract other visitors and drive-bys, including at times when the owl is home.

Creating the ole "friend or foe?" decision for Mr. Owl.

Here's a series in which a coyote shows up, flushing the owl (from the far burrow), who then returns 7 minutes after the coyote leaves. 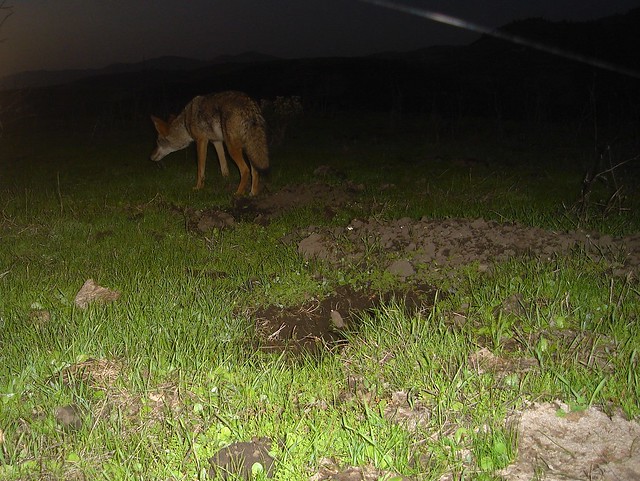 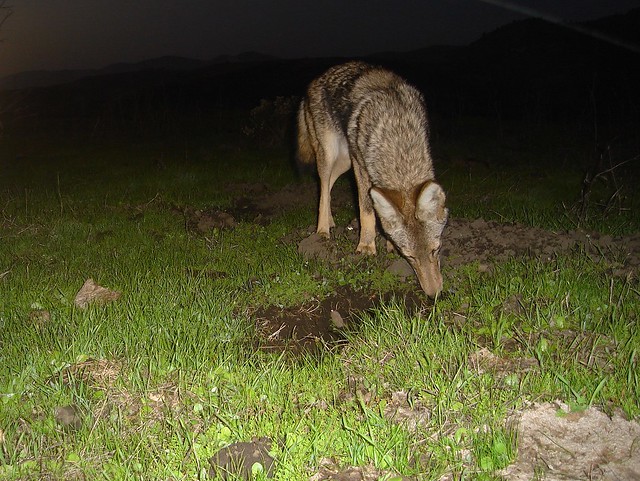 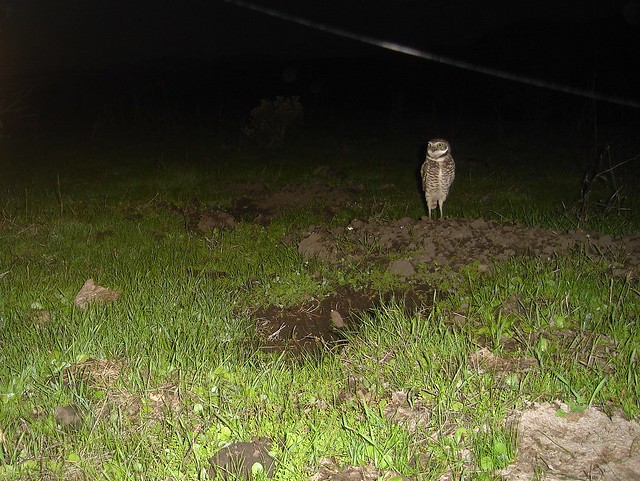 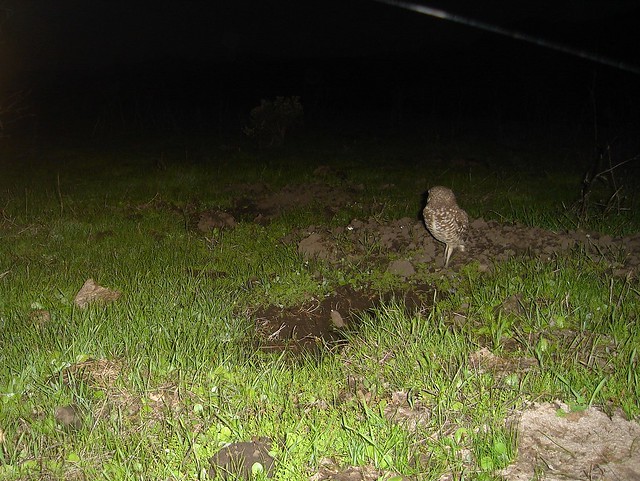 But note the owl's behavior a few days later, when a black-tailed deer wanders near. 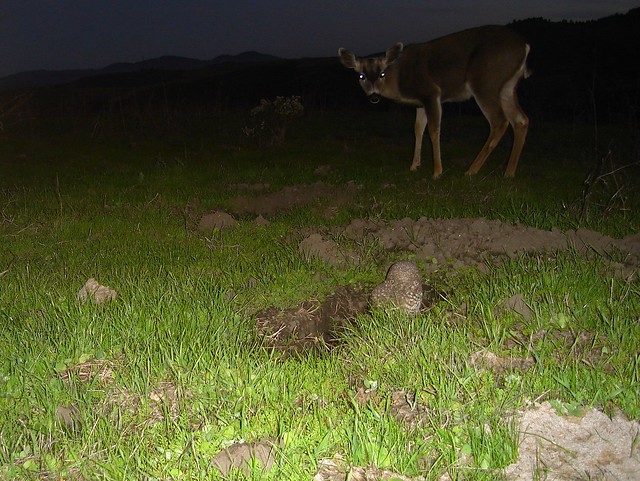 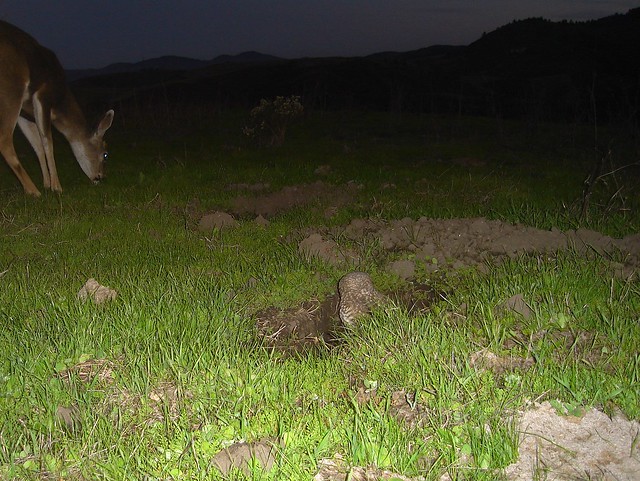 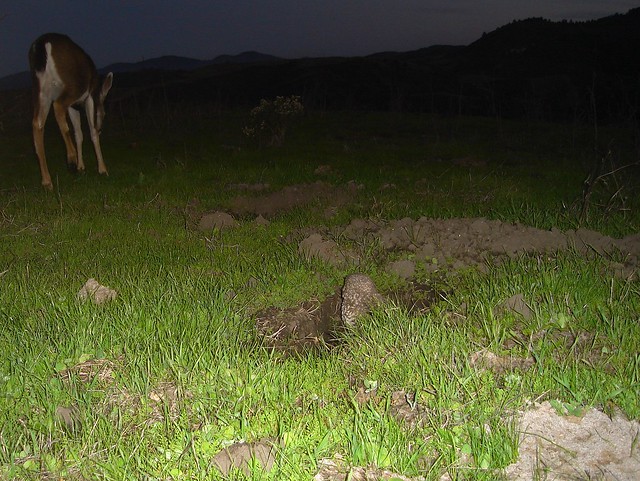 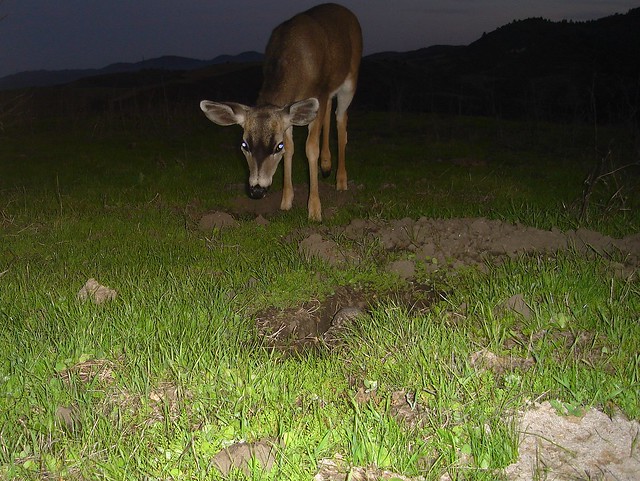 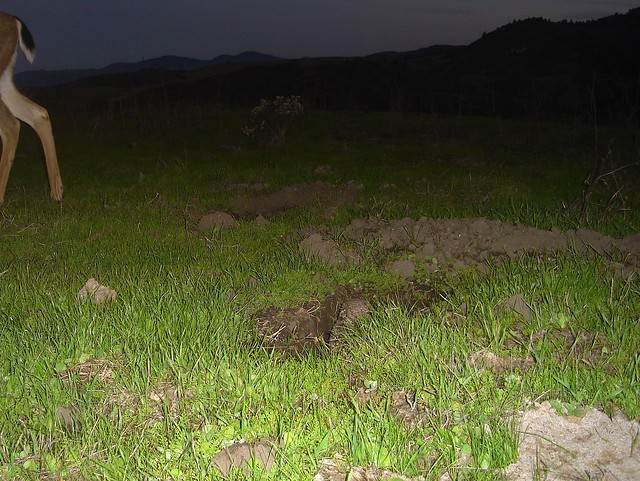 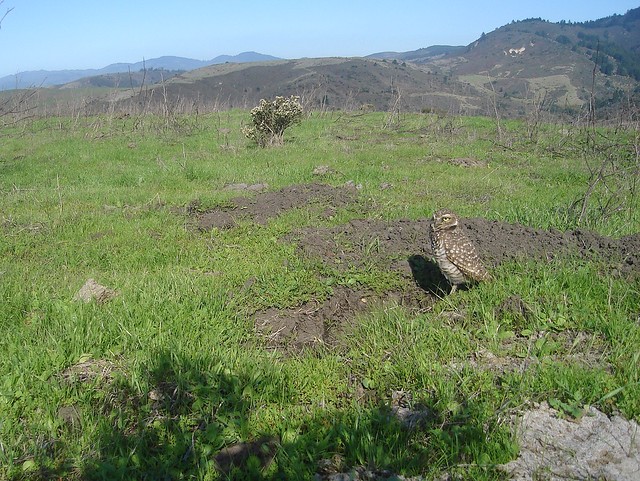 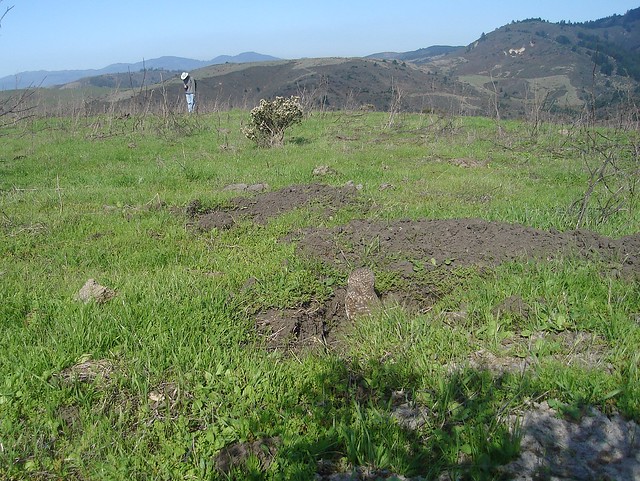 For the record, I did better than the coyote. The owl only flushed when I was standing by the burrow looking down at it (with a big grin on my face). But I approached out of camera view on the right, so the cam trap unfortunately didn't catch it.

And finally, of course, sometimes inter-species interactions don't go as well for one party. 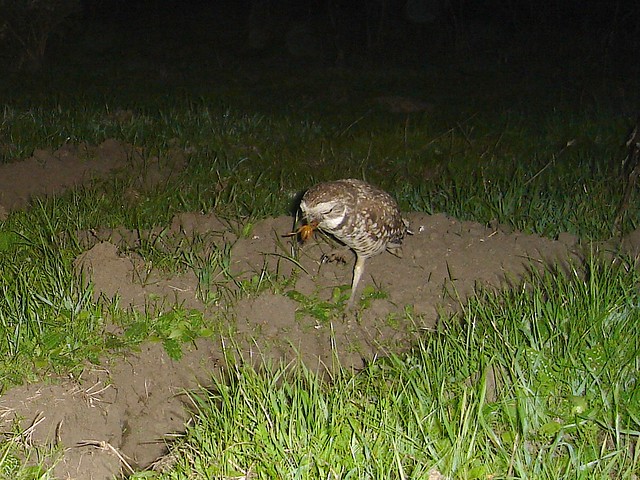 Mmmmmmm... Jerusalem cricket. I bet they don't taste like chicken.