The Call of the Pika

As I've alluded to in past posts, for a few years I've been helping with American pika research in the eastern Sierra Nevada by leveraging my high-quality cam trapping to document behaviors and activity patterns at the haypiles they build each season to survive over winter.

One question not well understood in the world o' pika, is how the little characters select their winter haypile sites each season. Why do some sites that have been reused for years suddenly go quiet and not get used for multiple seasons, but then get reoccupied again? Is it mainly due to local population fluctuations from predation and like? How much do seasonal changes in temperature, and snow depth & duration affect selection and reuse? What about hierarchies and social order within the greater colony? Is there upward mobility to "better" neighborhoods?

Here's an example from this season. 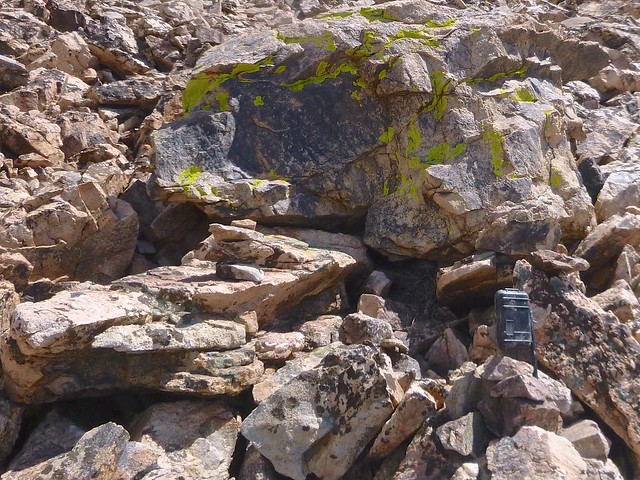 First to the scene was this marmot, who gave the cam quite a challenging glare. But we all know they're yellow-bellied. 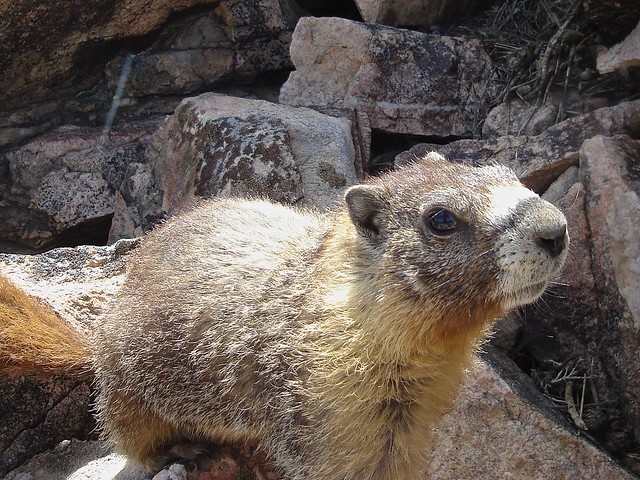 That face could almost be an internet meme.

At night, the deer mice came around. 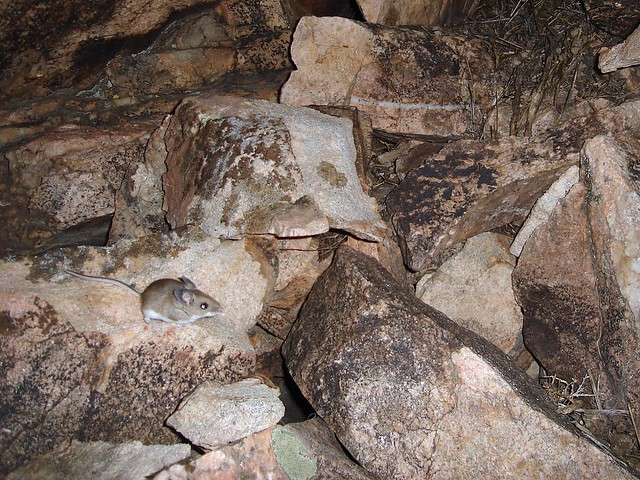 And then the cats showed up for a few days. 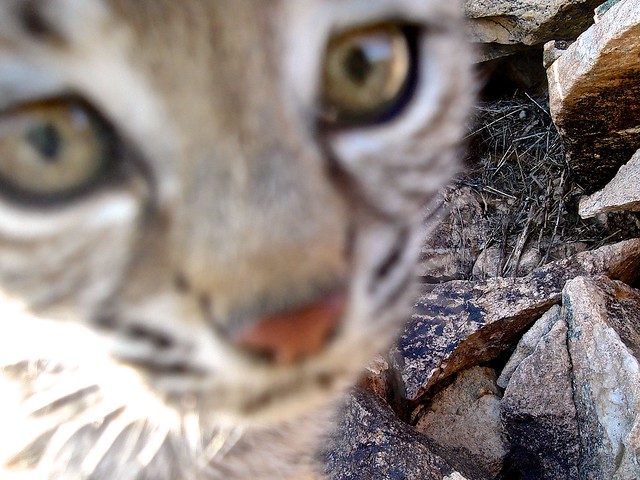 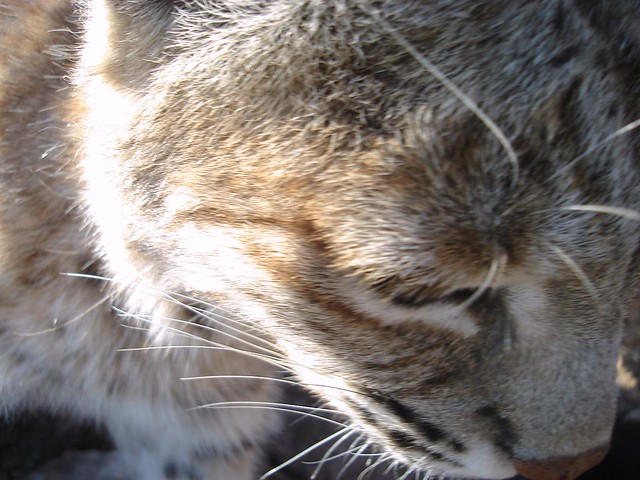 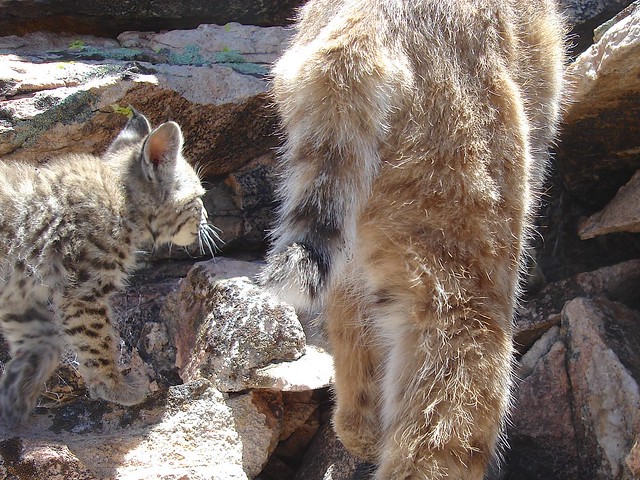 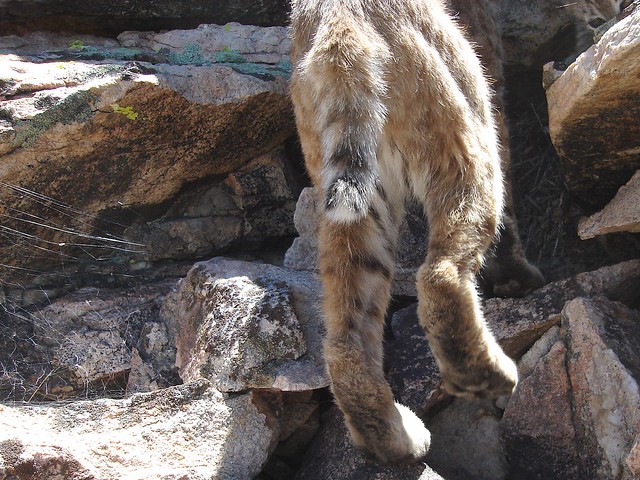 Note the little face in the upper right corner.

Once the cats were away, the deer mice came back to play. 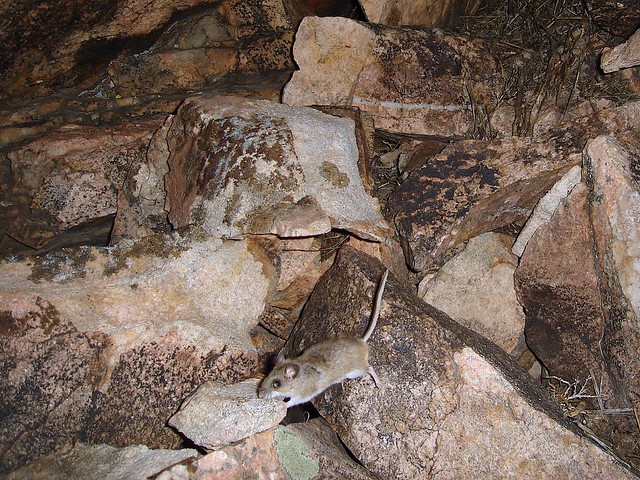 And even brought a distant relative - a sagebrush vole, Lemmiscus curtatus. 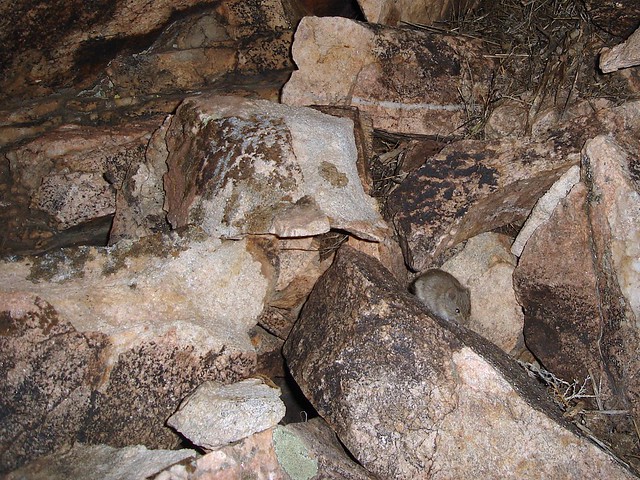 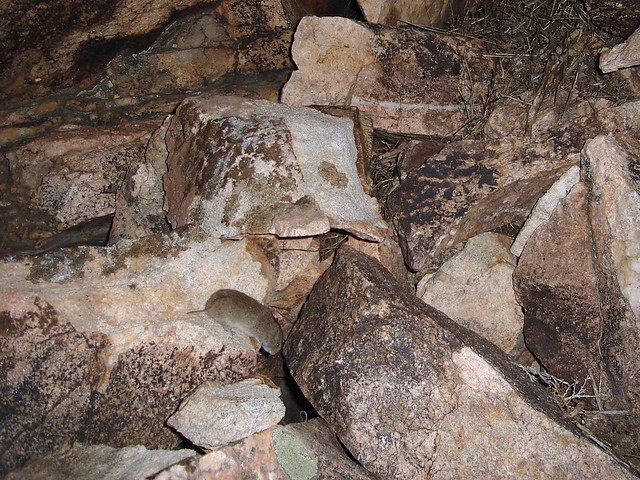 Voles are often called "meadow mice," but sagebrush voles live in the sagebrush scrub of the Great Basin, and often far from meadows, so that moniker doesn't fit very well. 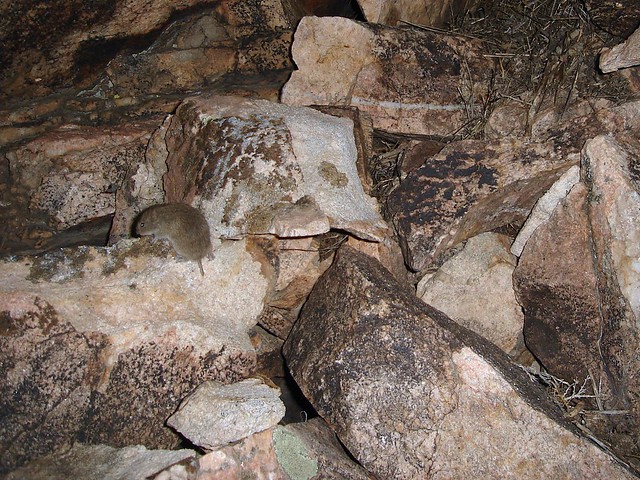 Pretty sweet little guys. Those teeny fuzzy ears and tail. Probably a reason they're so popular with predators - easy to eat whole. Their "self-seasoning" diet of sagebrush might also be a factor.

After about 7 weeks, at the end of July, the first pika showed up. 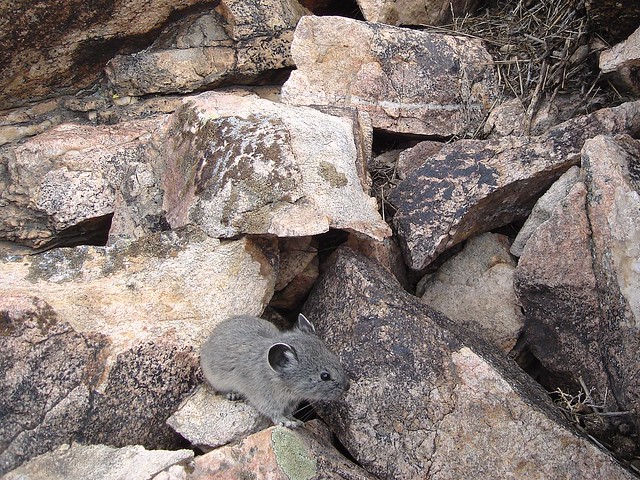 And seemed to hang around for 2 days.

The gray pelage, lack of scars, and mostly clean, nick-free ears suggest he/she might be a dispersing juvenile from the season. Timing is right. 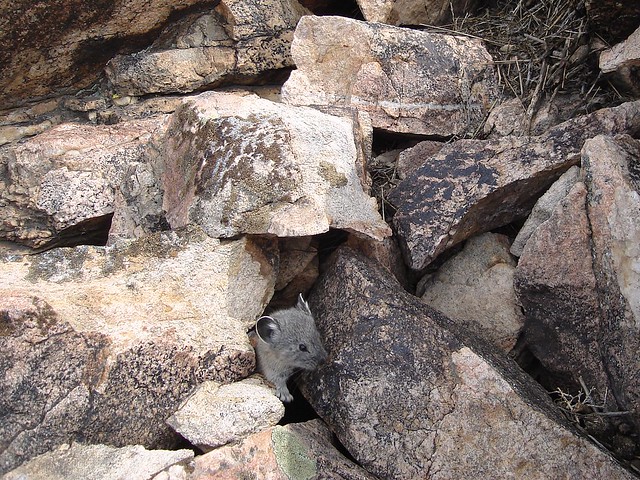 But then the pika left the place to the rodents again.

In this case a chipmunk. Perhaps Least or Lodgepole. 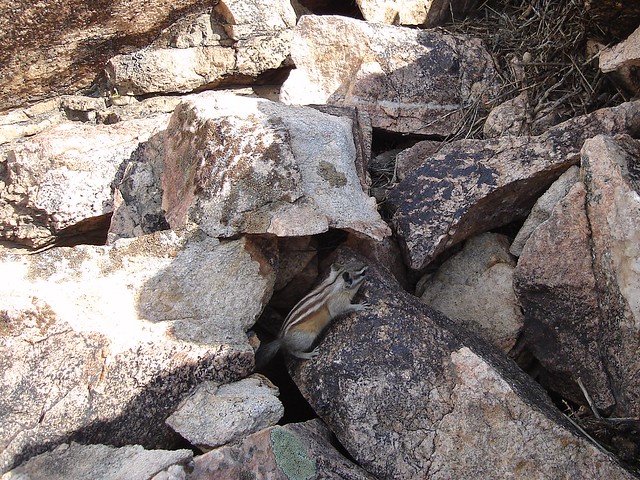 2 weeks later, what seems to be the same pika showed up again and stayed around for 3 days. 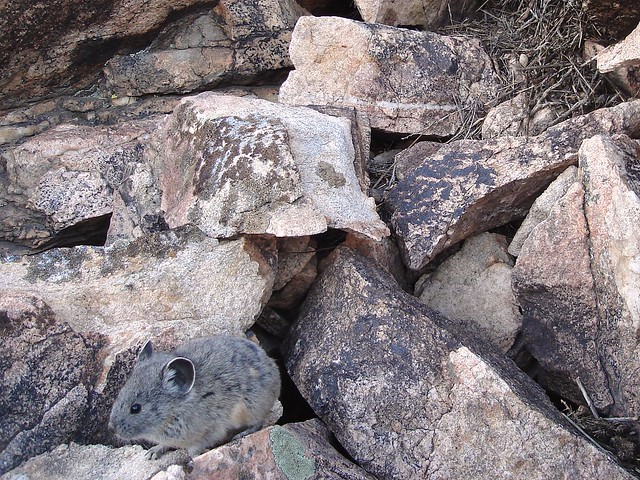 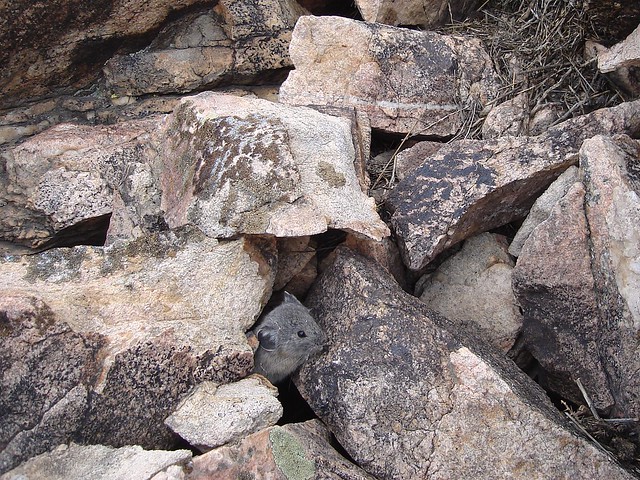 But then disappeared again, as quiet as a rock wren. 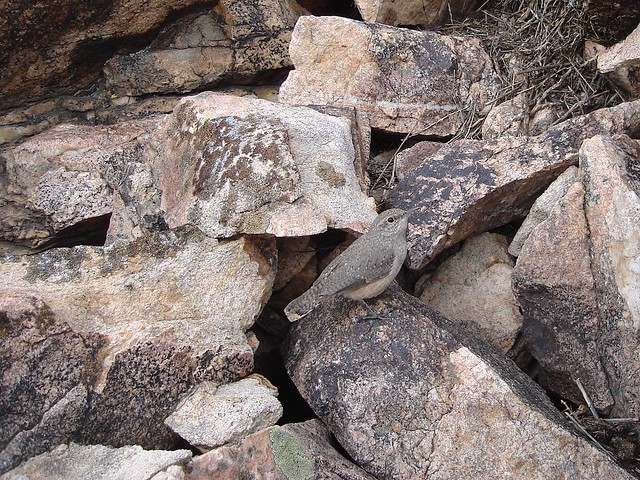 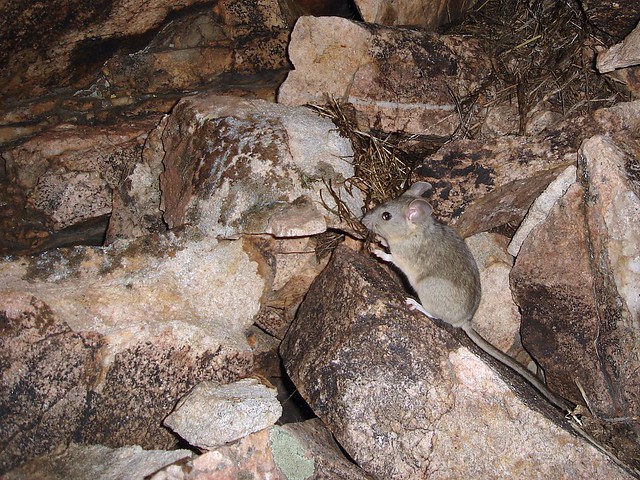 But not any old rat - a desert woodrat, Neotoma lepida. I would have predicted bushy-tailed woodrat for that rocky habitat. 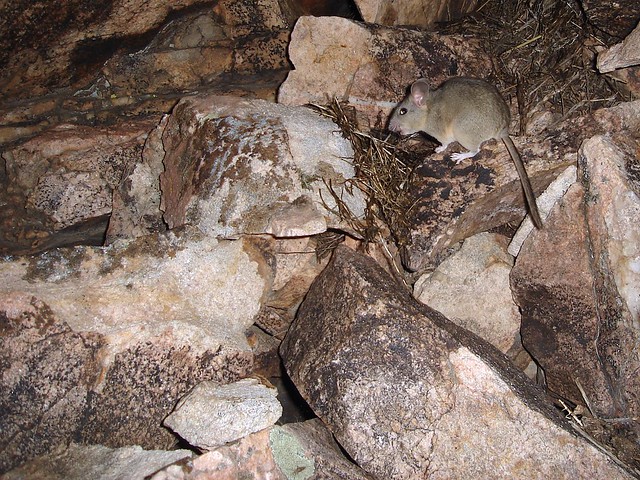 2 weeks later, the pika appeared yet again for a few cameos. Again, looking at the fine details suggest it's the same individual (but starting to molt). However, as before, he/she didn't stay and rebuild the haypile. And thus this season this pile once again remained inactive. 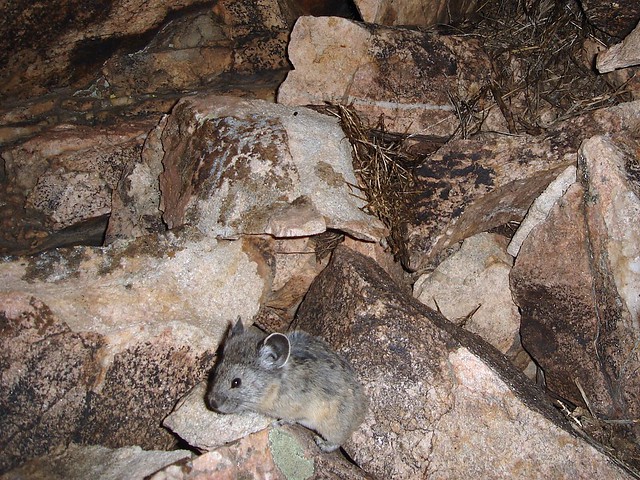 Wonder why? Still smell too much like bobcats & kittens? Found a better place? Were more pika eaten this season than born? Know something about this coming winter that we don't?

If only you had a blog you could use to tell us your stories.

But I guess those can go inexplicably inactive for long periods of time as well.