Over the last few years of camera trapping projects in the Santa Cruz Mountains, I've had the pleasure of getting to know a local character that few in San Mateo County have seen, or even seem to know roams their parks and preserves.

A tenacious, oft-snarling carnivore that digs its terrified prey right out of their subterranean homes.

And that is also occasionally mistaken for a lost footstool. 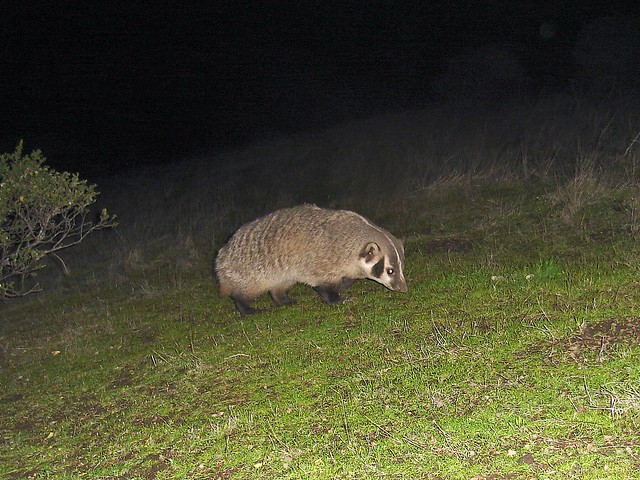 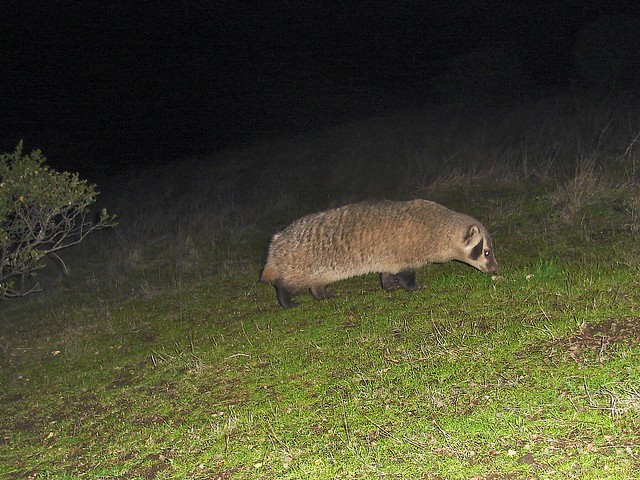 Oh - it moved, must be a badger

They roam the interconnected grasslands and adjoining open woodlands of the Santa Cruz Mountains in San Mateo County, from Half Moon Bay to Pescadero and Ano Nuevo Point, and up and over Skyline Boulevard near Windy Hill and Russian Ridge. 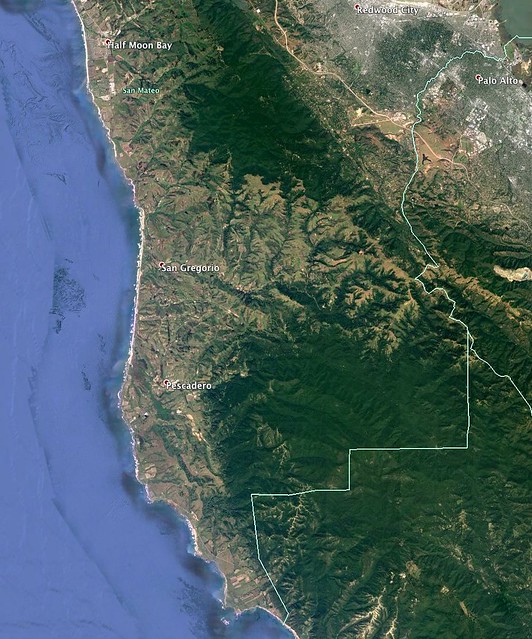 Aerial of the grassland "badger belt" of San Mateo County

And my roaming and camera trapping has overlapped with the home ranges of a handful or two.

But I'm not the first. Post-Grinnell, one of the finest research projects on badgers in the Bay Area was done by Chris Lay, the gregarious Director of UC Santa Cruz's Norris Center for Natural History, as part of his Masters in Biology from San Jose State University.

Chris Lay, SJSU - The status of the American Badger in the San Francisco Bay Area (2008)

I found it immensely useful, and often felt I like was walking in Chris' footsteps. 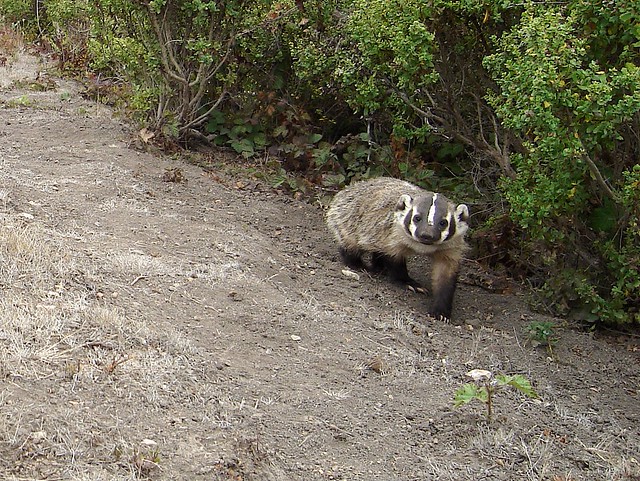 Why are badgers seldom seen? Like mountain lions, badgers are mainly nocturnal, have large home ranges (thousands of acres), live in low densities (a male and a few females will overlap), and mostly live life alone and on the leg - moving frequently to hunt the constantly-replenishing rodents of the connected grasslands of their range.

Making tracking and camera trapping two of the better ways to understand how they might be living on a piece of land. 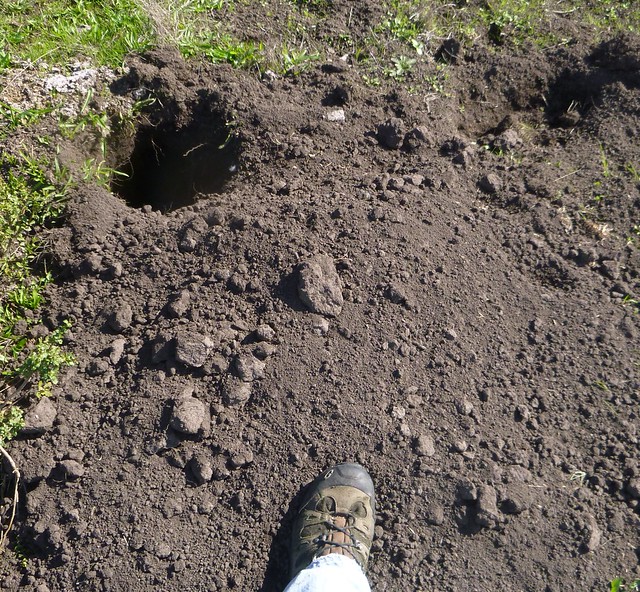 Badger digs with my size 13 boot for size comparison 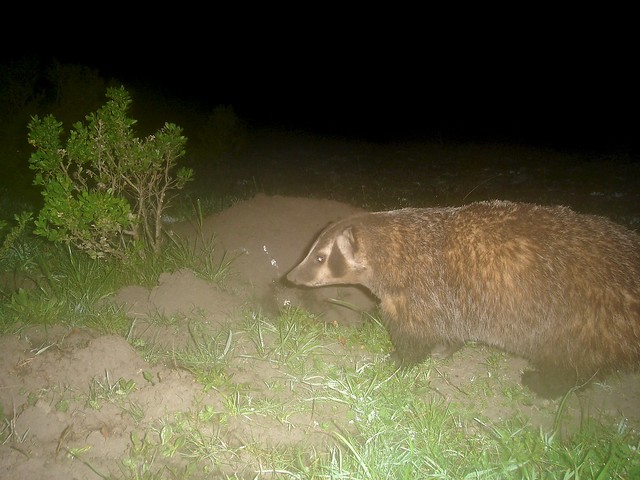 The digger - in fog 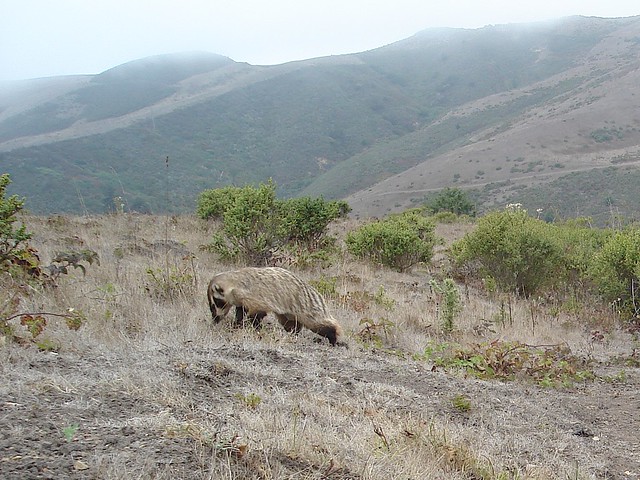 Badger on the hunt with nose to the ground

Along with ground squirrels and gophers, badgers also eat crickets, grasshoppers, beetles, mice, and even rabbits that they often catch when the animals move into their old dead-end burrows. 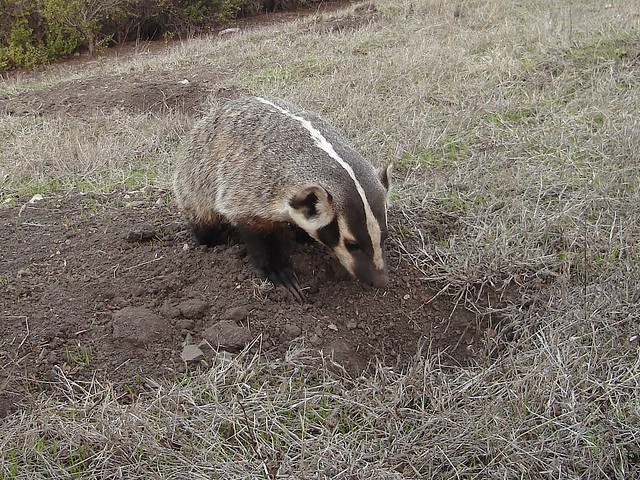 Badger hoping to get lucky by checking an old burrow 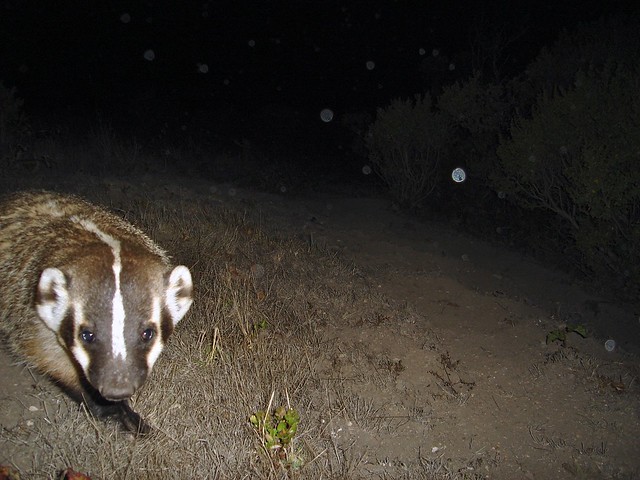 A badger's "badge" is the white stripe up the center of their face. As you can see in these photos, it can be a useful character to help distinguish individuals. Like a tiger's stripes or leopard's spots. 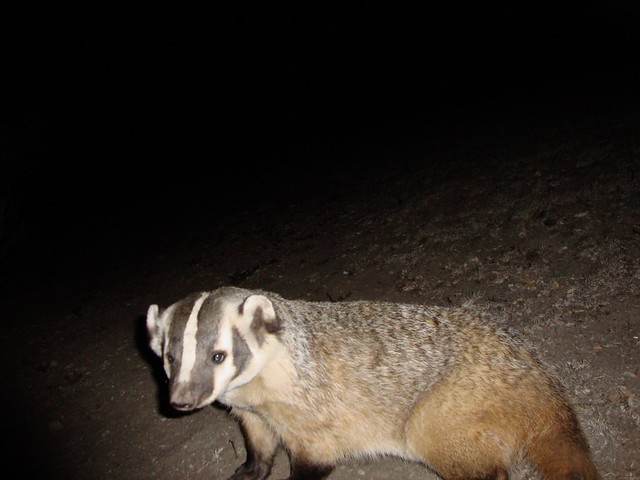 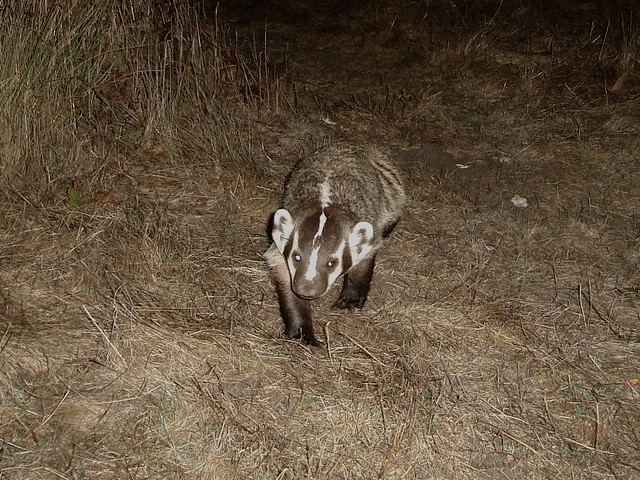 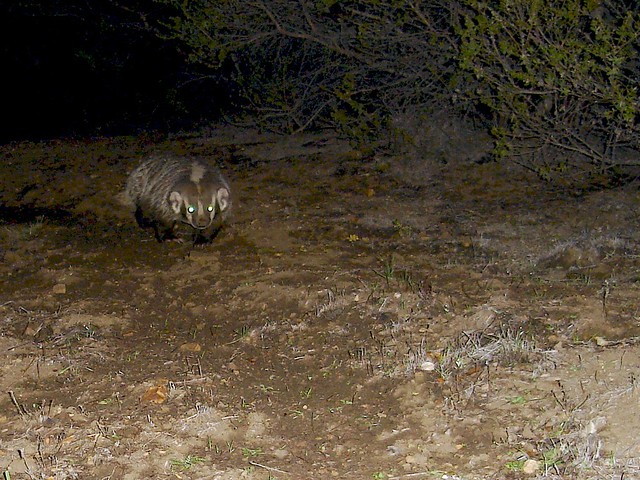 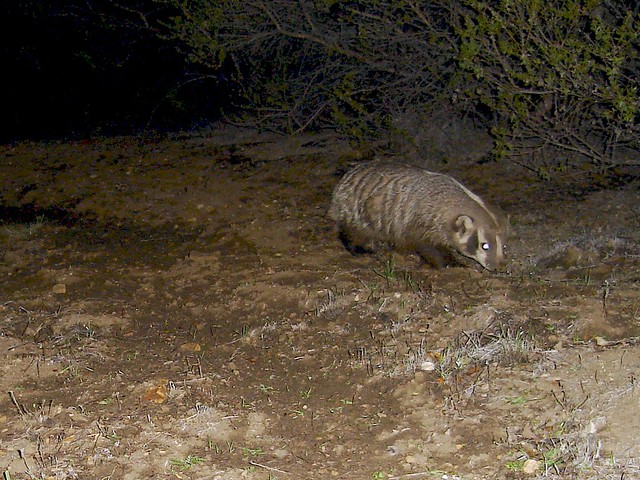 Here's what badger butt looks like. Such a funny after-thought of a tail. 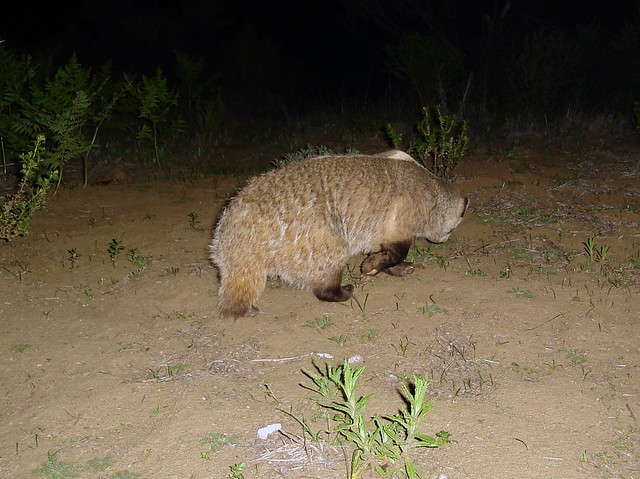 As mentioned, badgers are sometimes mistaken for footstools. So, if you see a footstool crossing the road, please don't hit it. And I wouldn't recommend putting your feet up on it either. 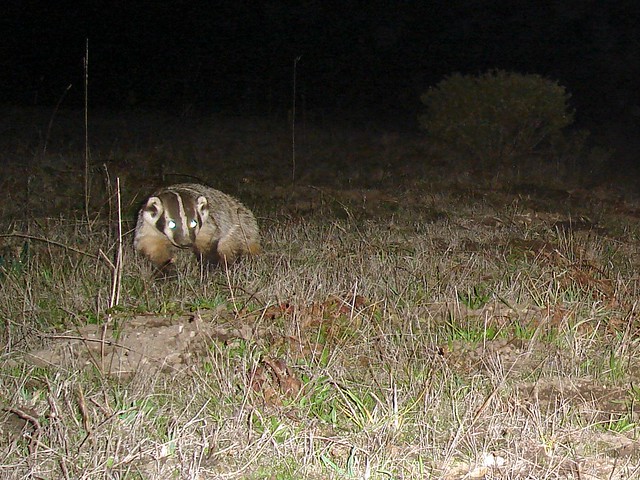