Remember that Santa Cruz Mtns bobcat that spritzed the rock & rubbed the cam in Smell-o-vision? 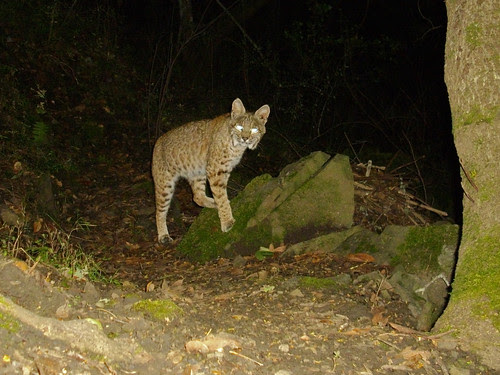 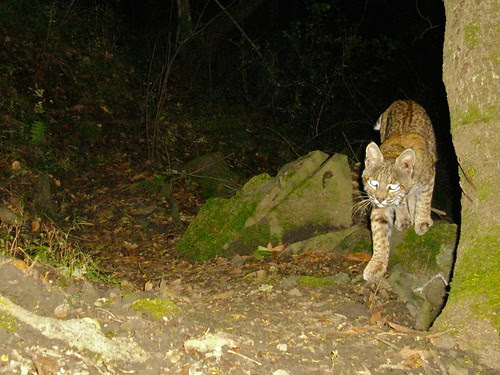 Coming to check out camera after marking the rock 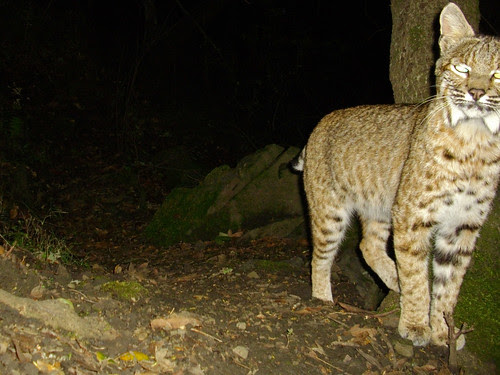 This set was only about 1/4 mile from the Smell-o-vision set, so it's not surprising that we caught the same kitty. Does suggest that it's a resident though, which is nice to see.

A couple of lady black-tails stopped to marvel at my homebrew too... 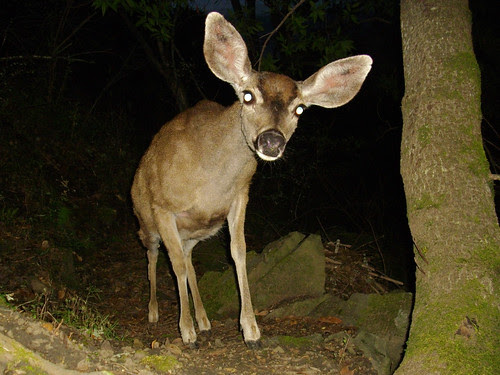 Deer in the headlights 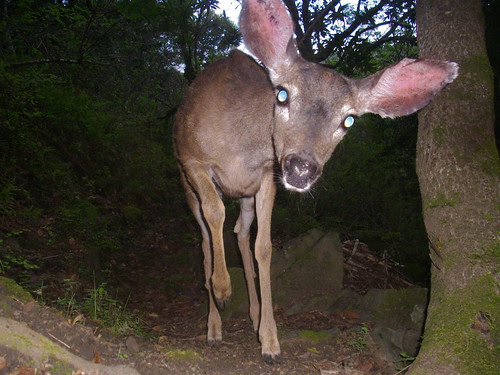 And, this deep woods set caught the first raccoons in the area. Funny, but raccoons are much more common in the cities and 'burbs among the houses than in the parks. There's a lot more water and food options living with us. And fewer predators.

These coons probably trundle this trail because there's a small creek nearby that runs for a large part of the year. They just can't resist the call of a babbling brook... 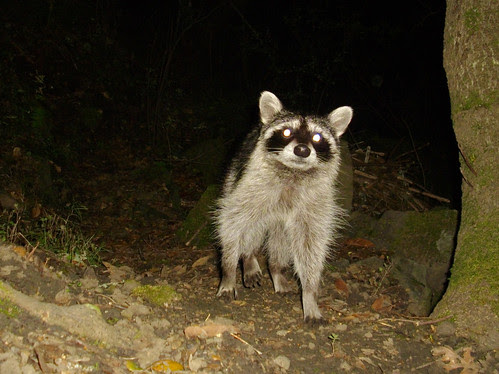 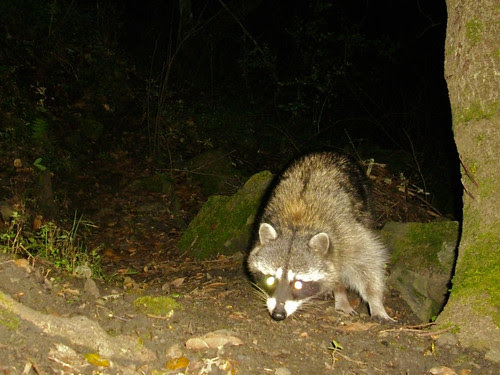 This location also appears to be a front in the gray squirrel species reshuffling that is currently underway in much of western California.

As mentioned previously, western grays are on the decline in the bay area, and easterns are taking over - first the cities and suburbs, and now out into the parks and open spaces. 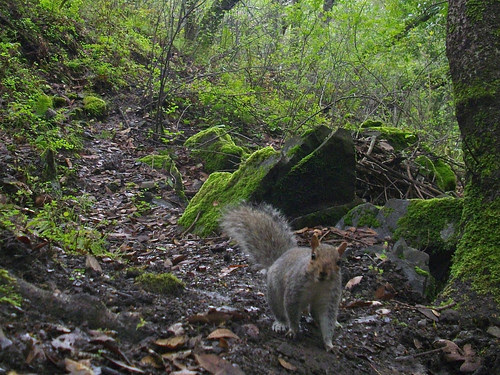 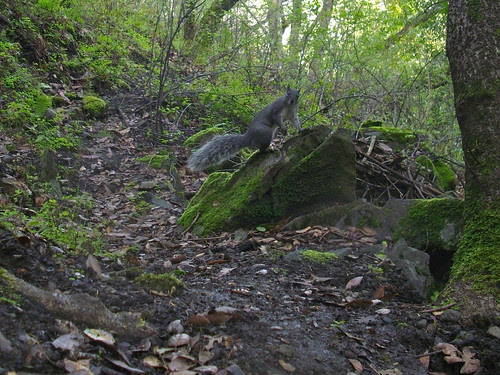 I wonder how long it takes for easterns to drive out the westerns in a given area? And, is it only because they're more aggressive, or are there other factors? Do they have more young? Are they better at avoiding predators?