In 2013 I had the pleasure of joining the CA Dept. of Fish & Wildlife and the Cam Trap Codger on a mini project to set cam traps on natal dens of San Joaquin kit foxes on the Carrizo Plain.

So, since this El Nino-ish season had reasonable rain on the Plain, we thought we'd try again.

And this time we tripled our fun: a mom, dad, and 3 pups.

Here's a sampling from the set, starting with 5 nights in late March... 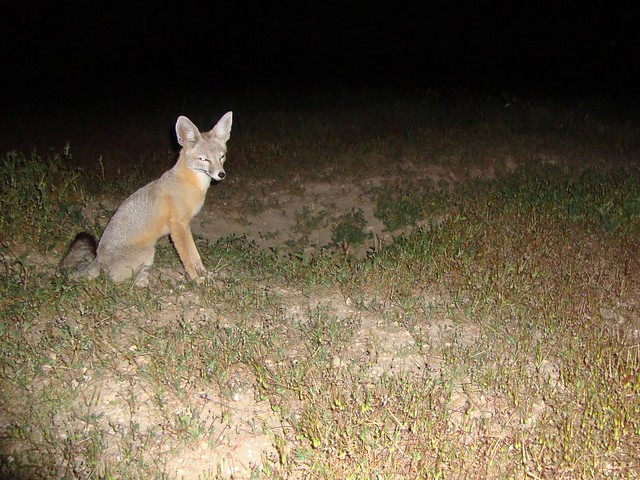 Dad SJ kit fox next to the natal den 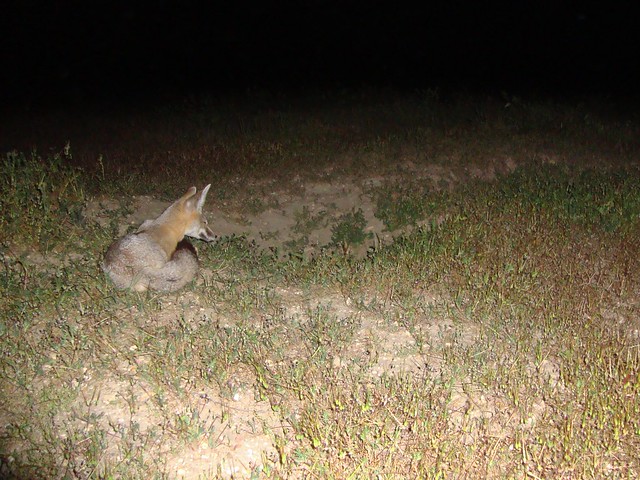 Taking a break - while he can 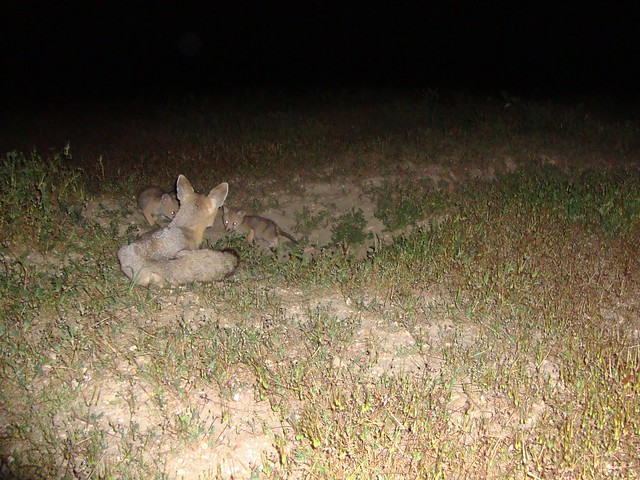 Pups coming out of the den to greet dad 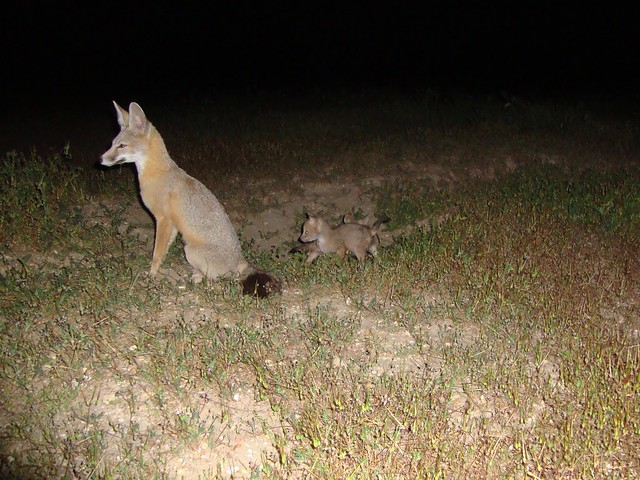 You'll note there's a bit more green on the ground this round.

A sign of the better season. Unfortunately, much of it is non-native filaree (Erodium cicutarium). However, much like cattle, the local kangaroo rats and pocket mice, including the endangered Giant Kangaroo Rat, Dipodomys ingens, like to eat filaree. And their populations do well when the filaree does well. Which benefits the kit foxes and other rodent-dependent predators. 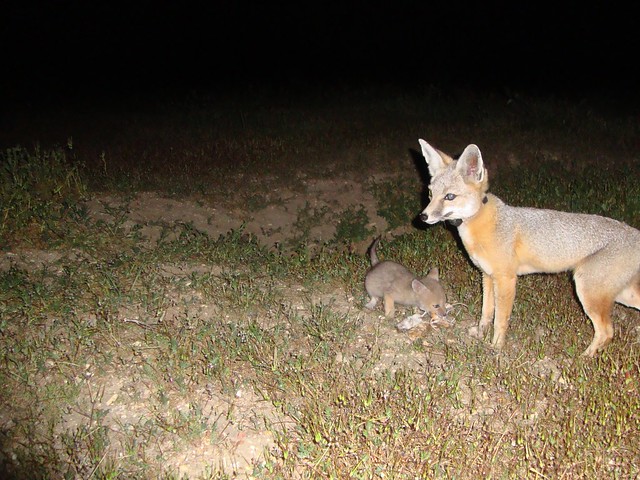 That's mom with the radio tracking collar. She's part of a broader study to understand their movements in the area. And that's 5 k-rats at her feet the pup is going after. Nicely done, mom! 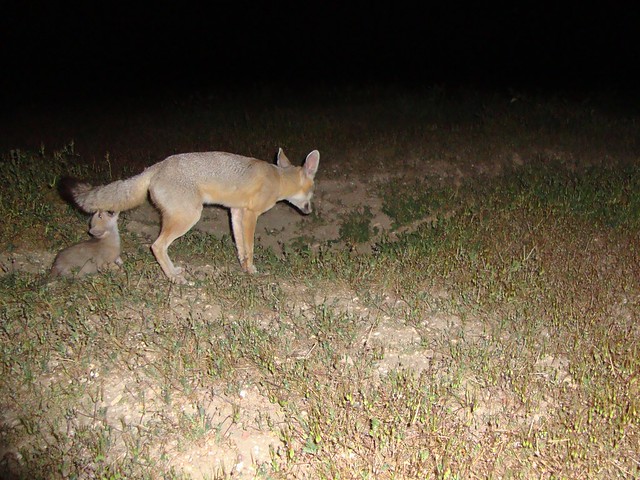 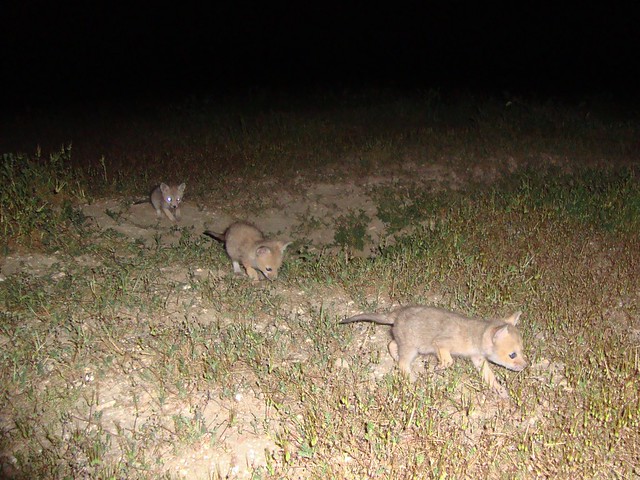 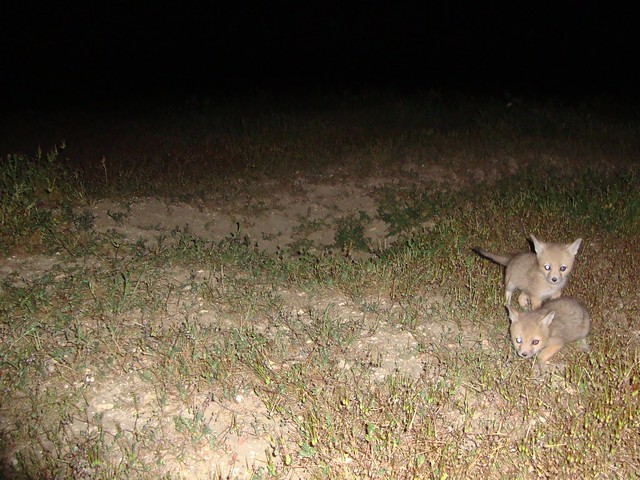 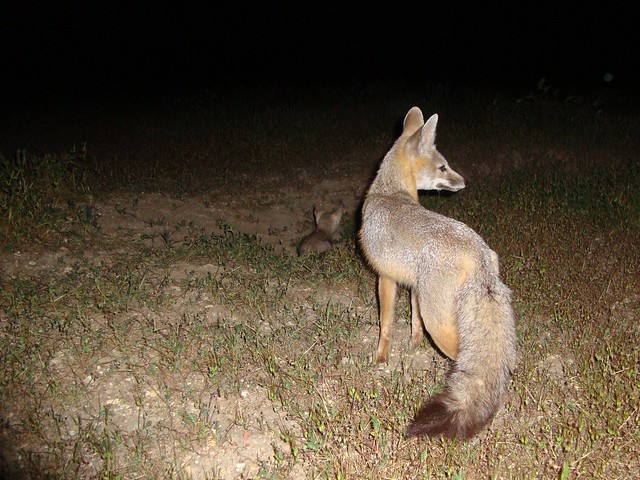 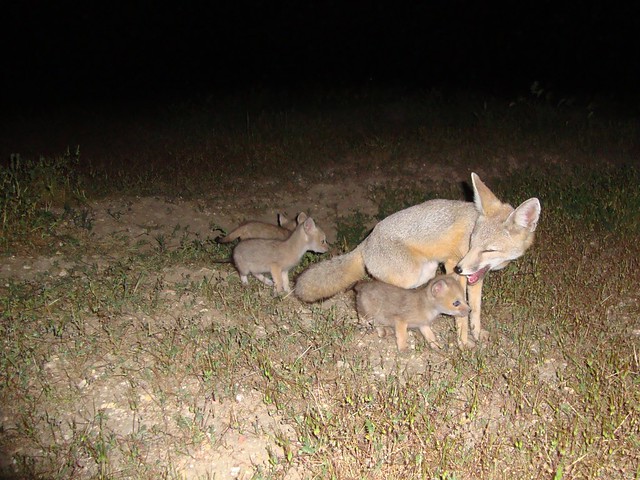 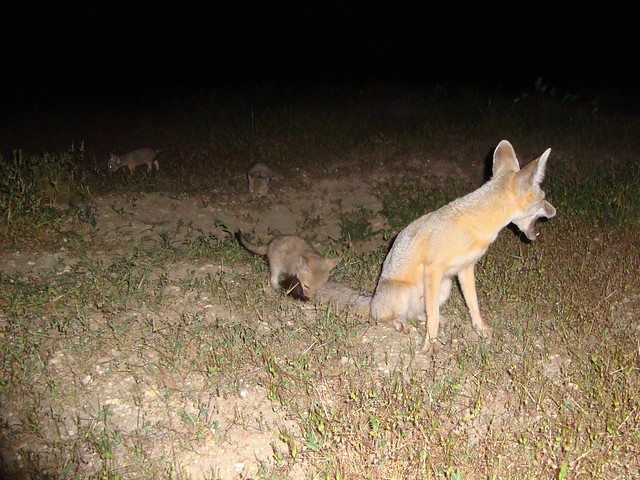 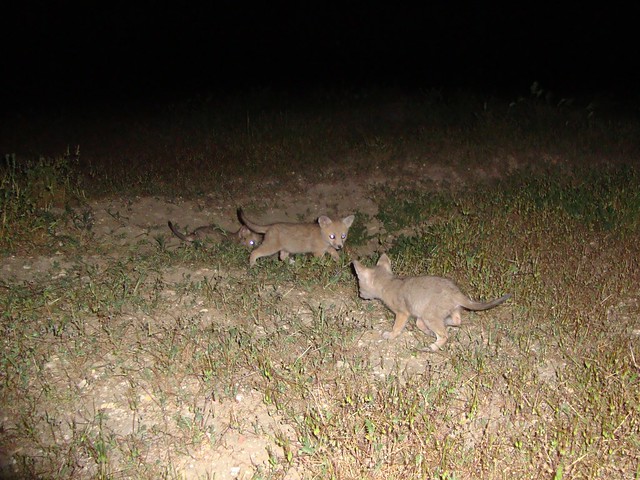 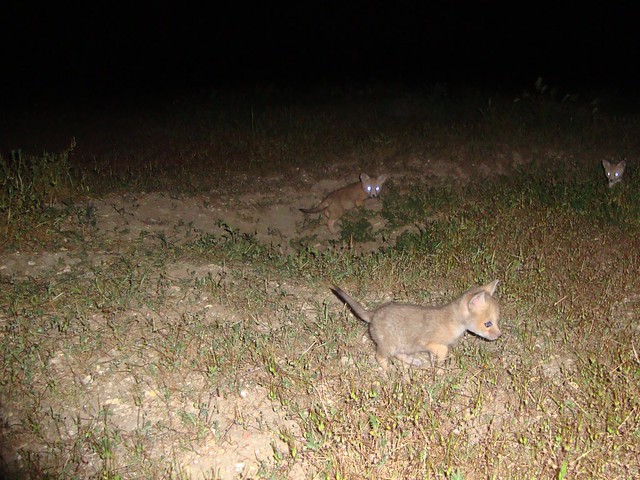 Notice how the puppies are more using their ears than their eyes to track and look for each other... 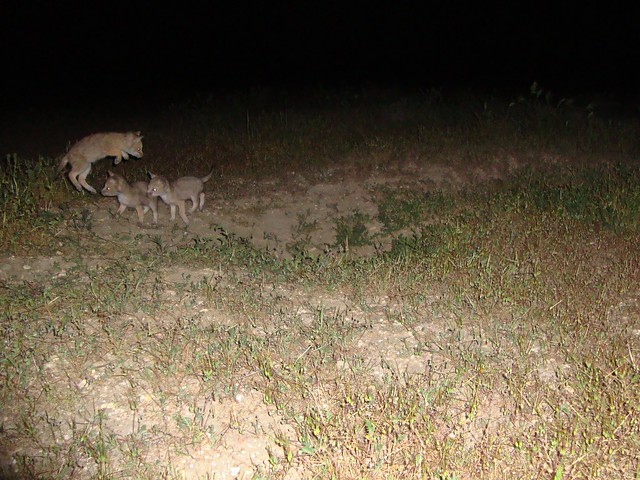 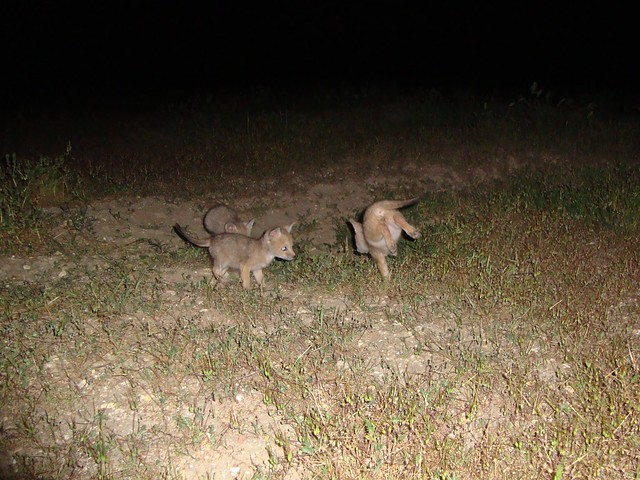 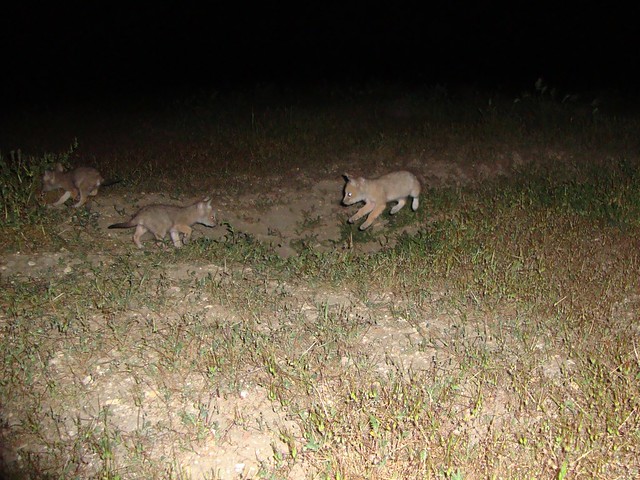 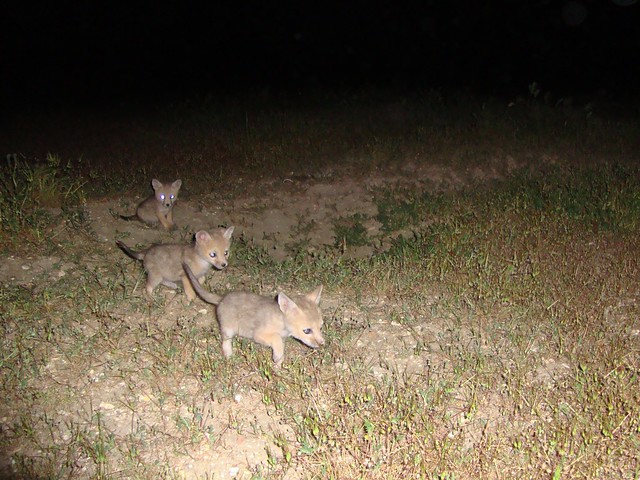 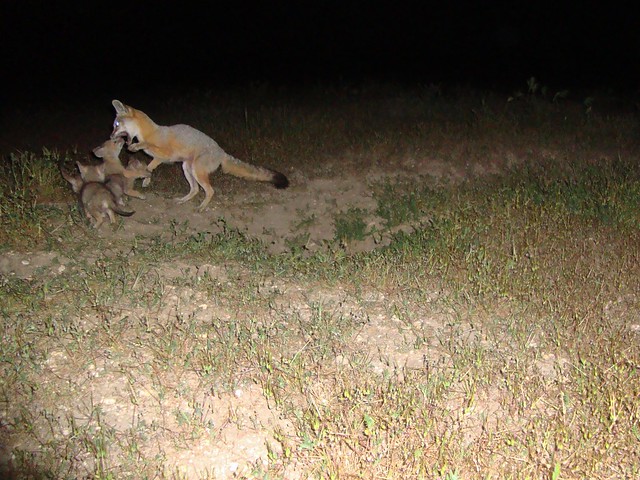 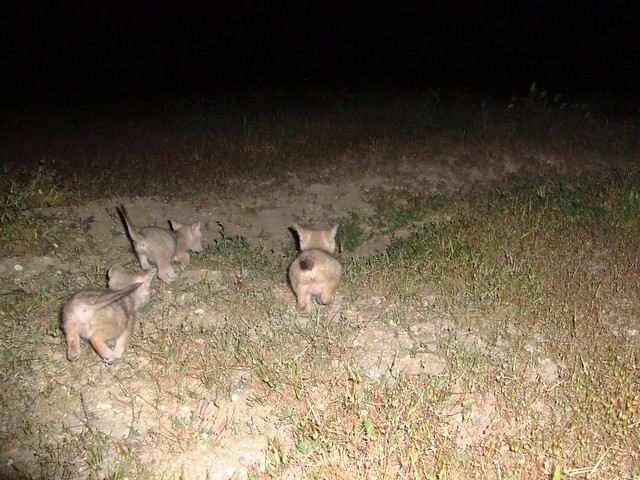 Nothing cuter than scampering puppy butts. 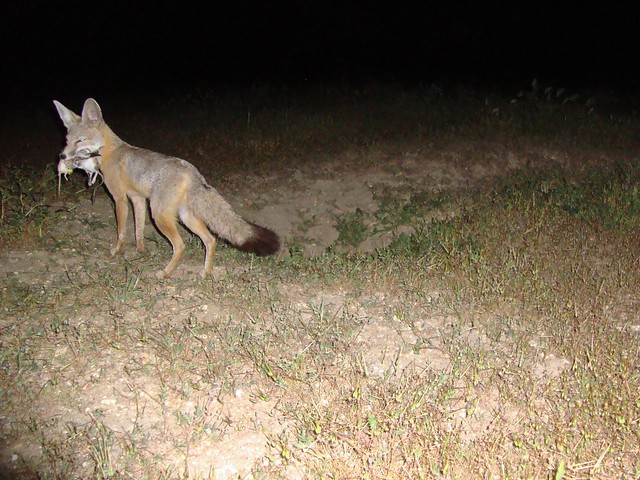 Dad with a mouthful for the puppies

Next up: Morning w/ Mom - the 3 kit fox puppies hanging out in the morning sun with their ma.