The 2015 who's-who of coincident species at the Mono County pygmy rabbit warren included most of the same characters as 2014. Even the same cute coyote. But 2 new faces did show. 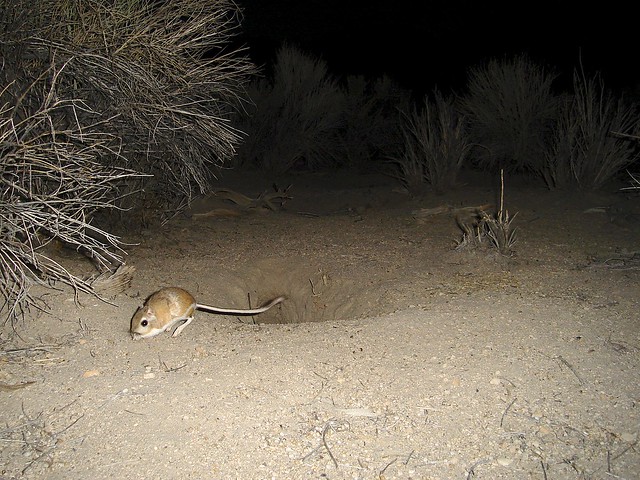 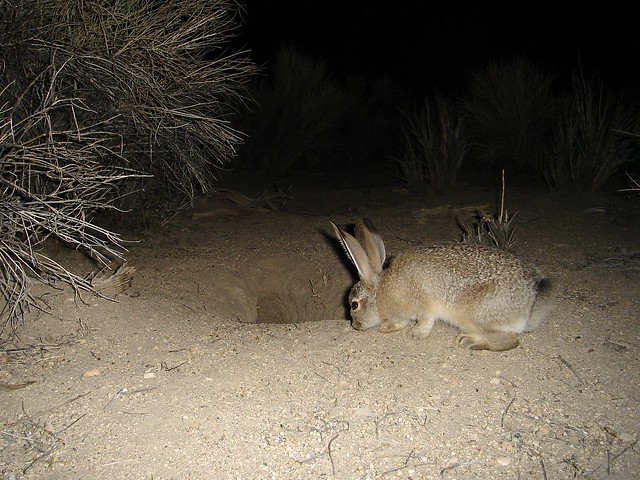 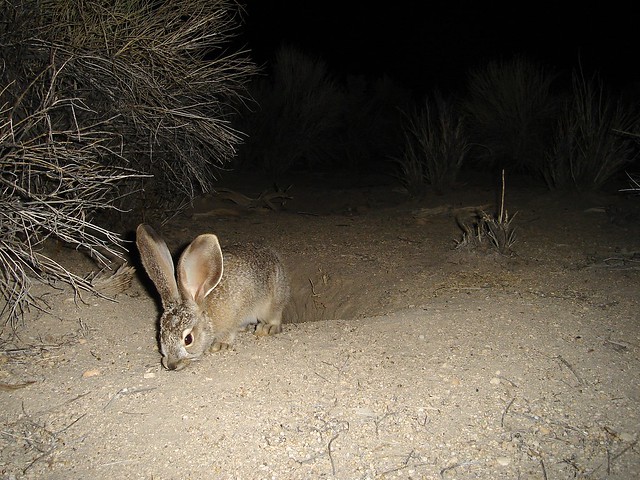 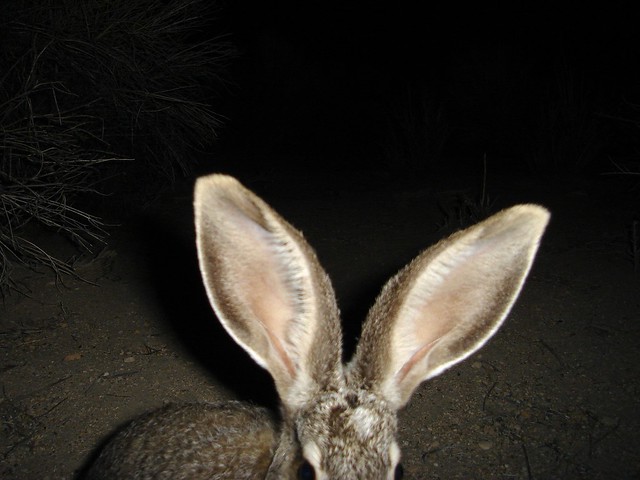 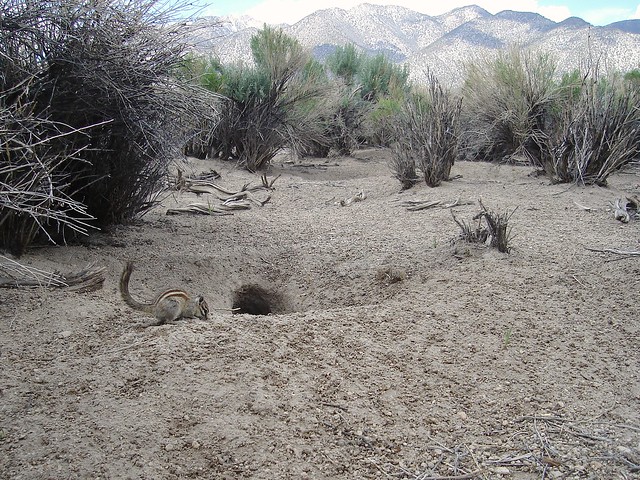 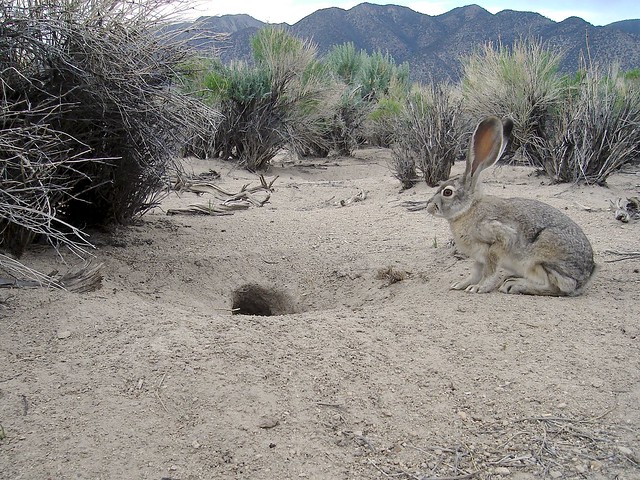 One of the new faces for 2015 was a bird. Pretty sure it's a female horned lark. 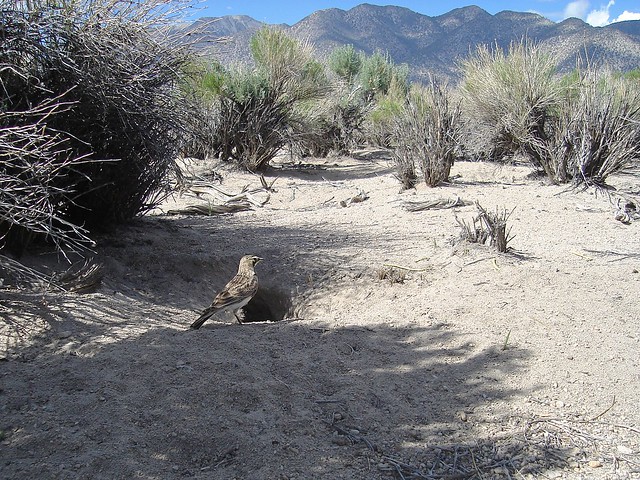 The other new face was a predator - an American badger! 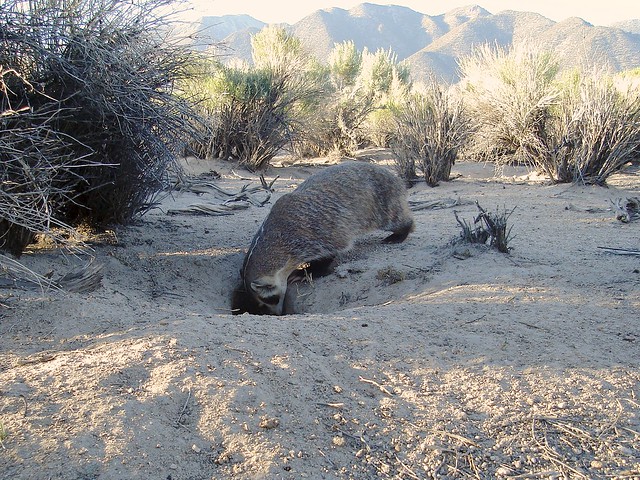 American badger checking out the rabbit burrow on June 15th 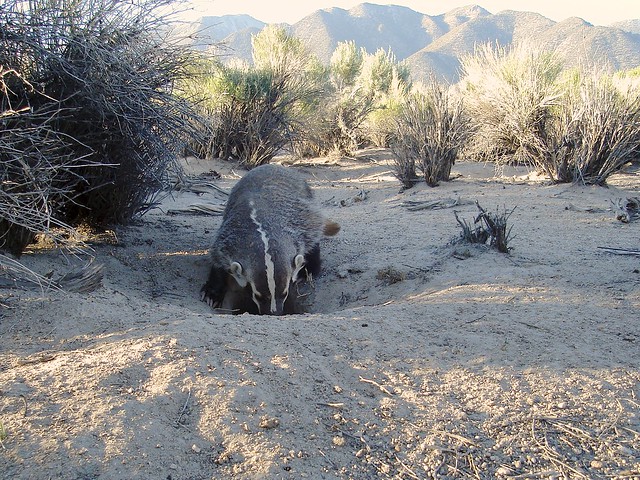 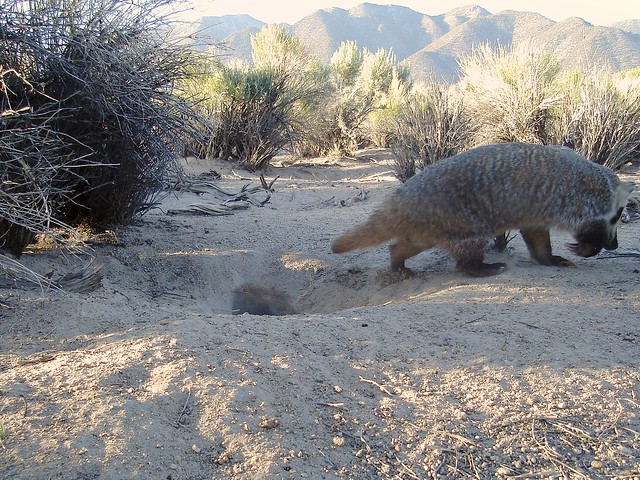 I don't know why the badger didn't dig out the burrow. The rabbits were down there, and those badger claws could go through that sand like butter.

In fact, the same badger returned 5 weeks later (after the camera had shifted left, btw), and once again didn't dig out the burrow. And this time the juvie pygmy rabbit was down there as well. 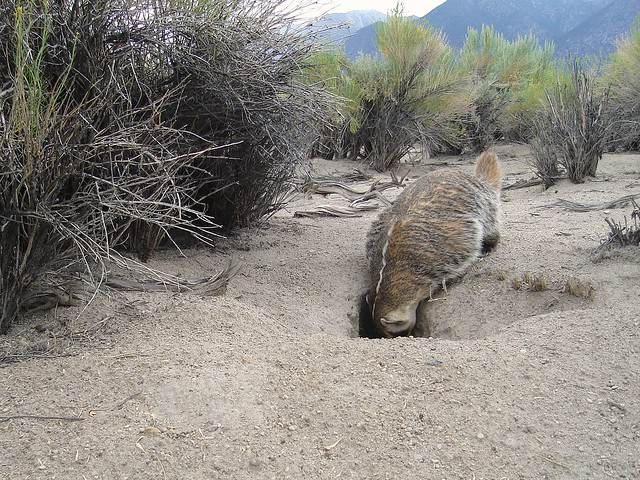 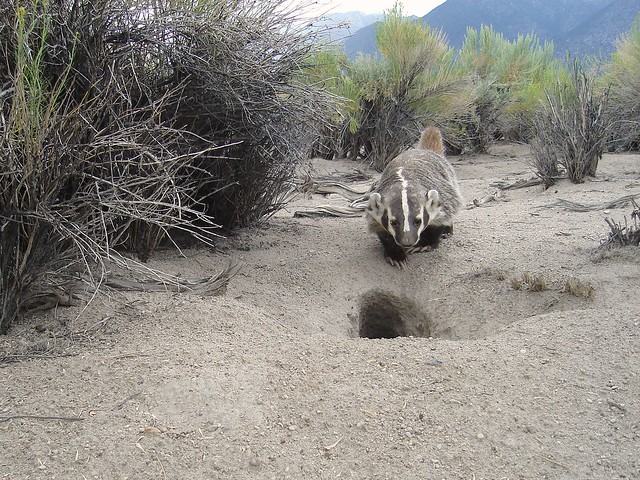 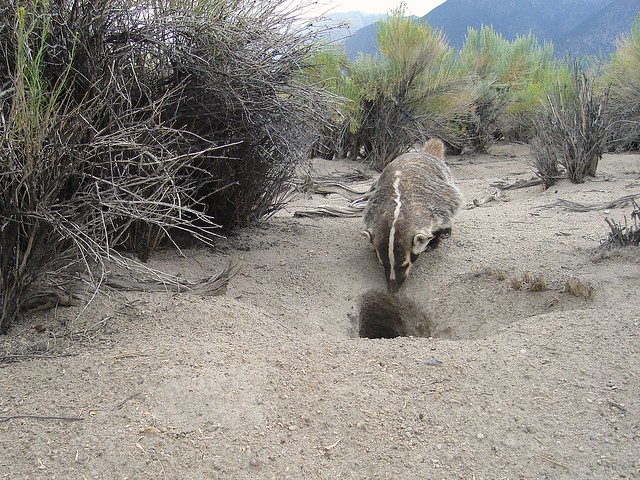 Sage sparrows and sage thrashers came by multiple times, but the rock wren of 2014 wasn't seen by the camera trap in 2015. 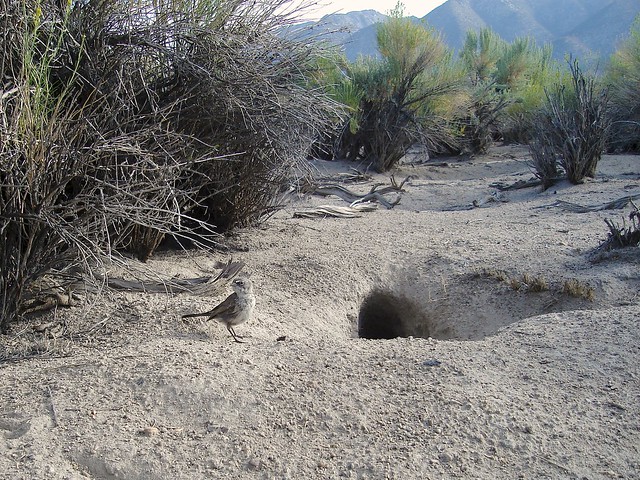 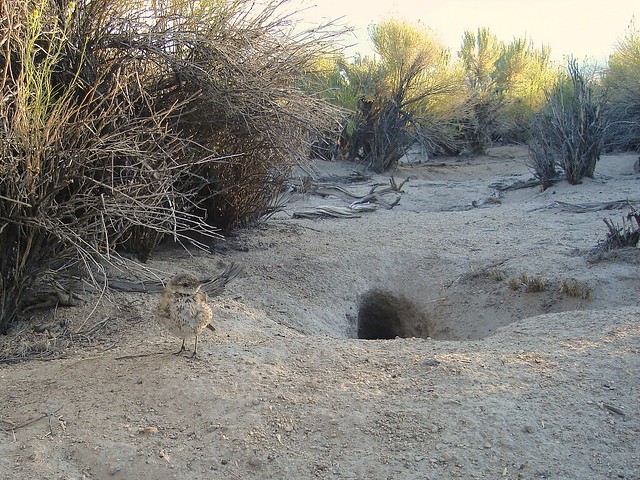 And, as mentioned, the same cute coyote prowled around several times. 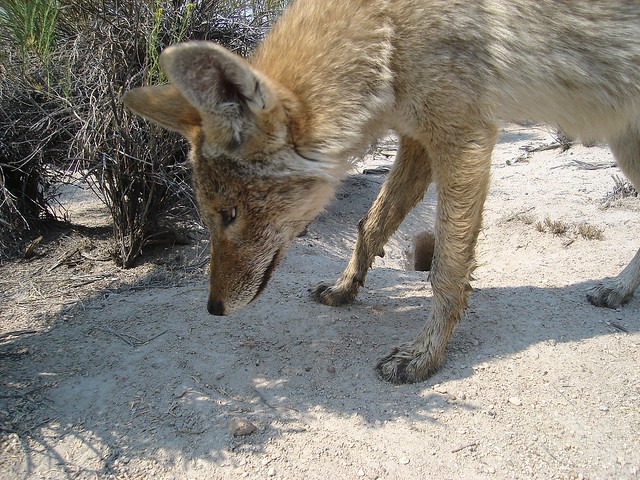 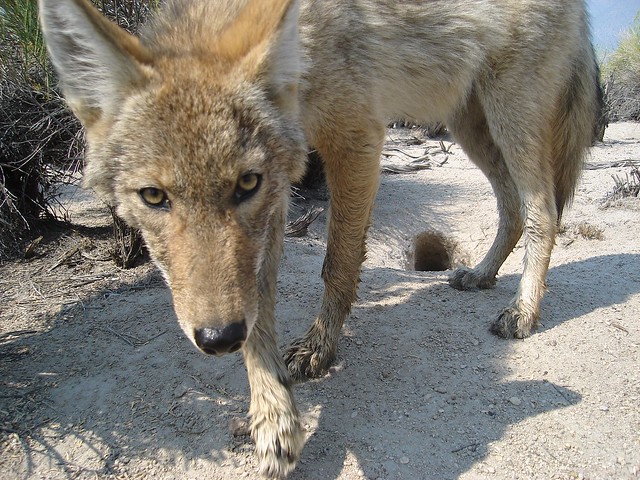 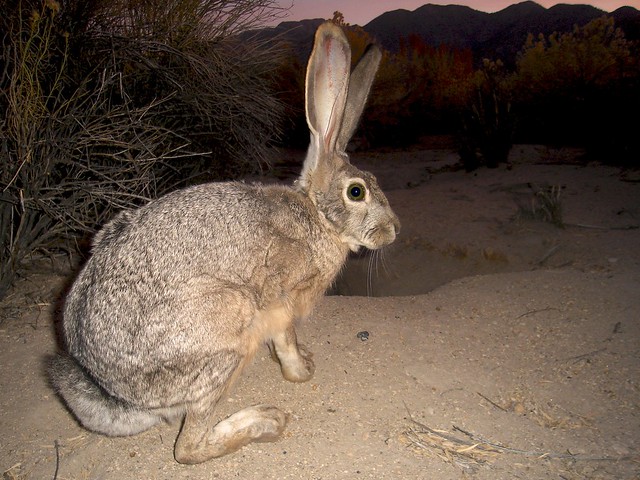 Jack one-eyeing the camera at sunrise