At 9,400 feet on the eastern slope of the Sierra Nevada, summers are generally short, and winters can come on fast and frosty.

So, if you're a half pint animal that doesn't hibernate, a motto like "be prepared" is a bit of an understatement.

As is evidenced by this 1-month span of camera trap photos of an American pika gathering greens for its winter haypile. 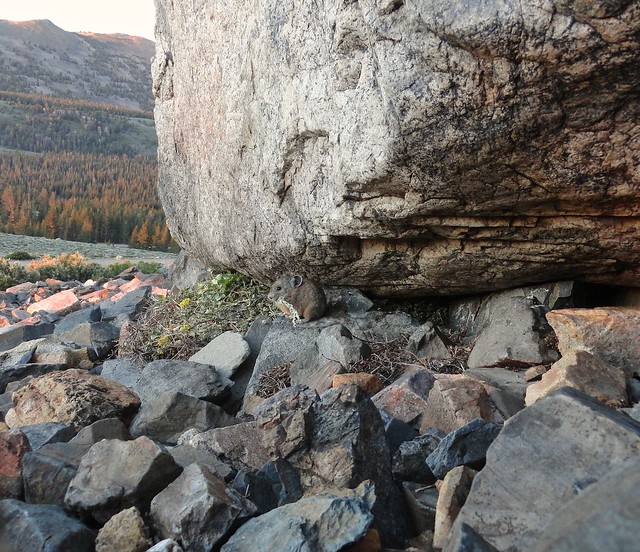 Littleleaf Creambush, Holodiscus discolor var. microphyllus, seems to be a popular forage at this location. At least for this particular pika - pika live solo and are strongly territorial, and only 1 will build, defend and use a haypile. Unless "disappeared." 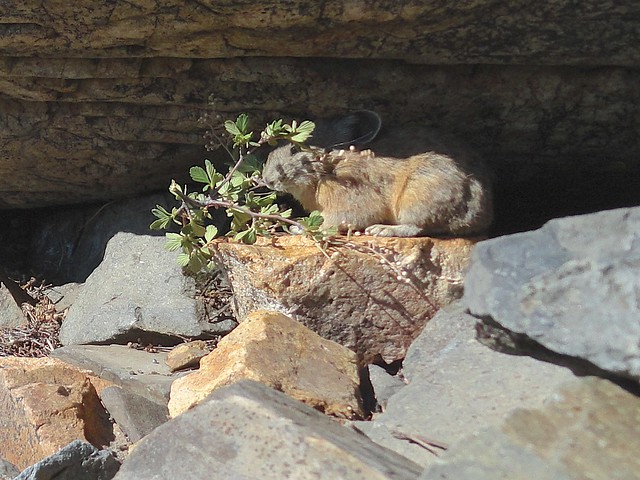 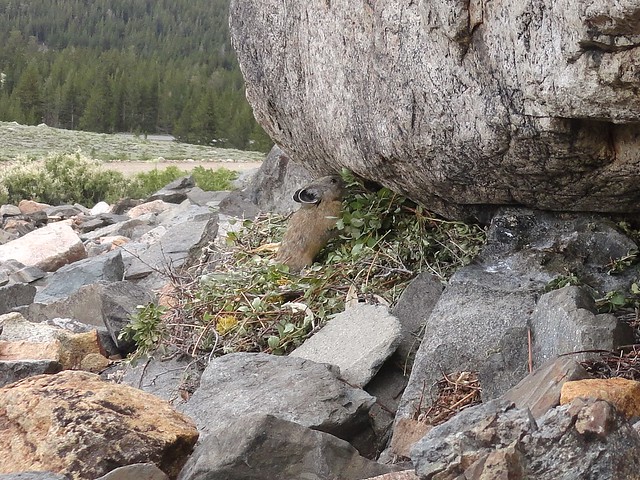 Pika adding foraged greens to its haypile under big boulder 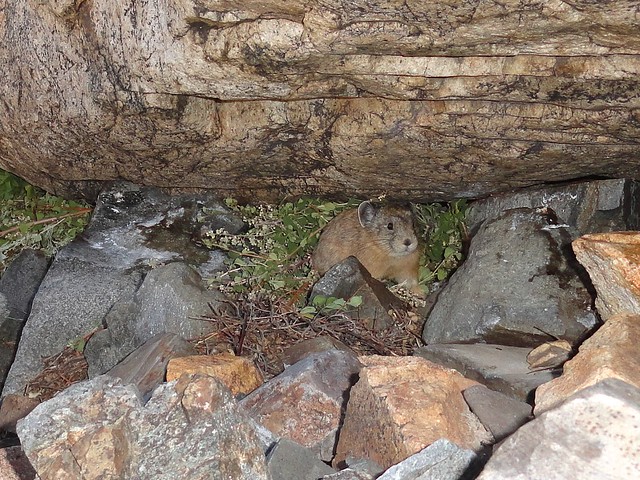 And stuffing them into every possible crack and crevice

Mountain Snowberry, Symphoricarpos rotundifolius, was also a fave, and packed in tightly. 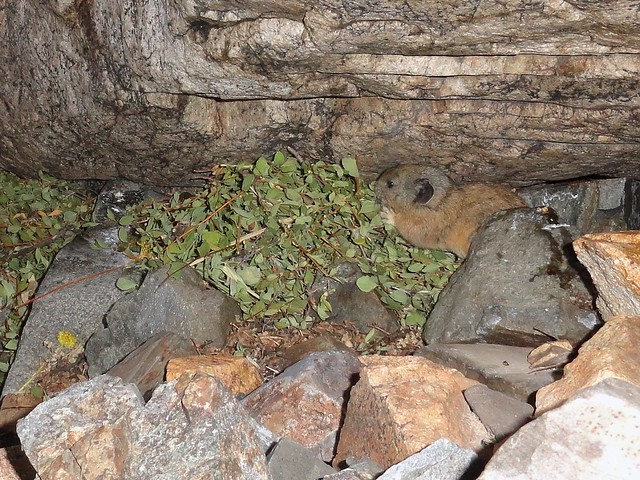 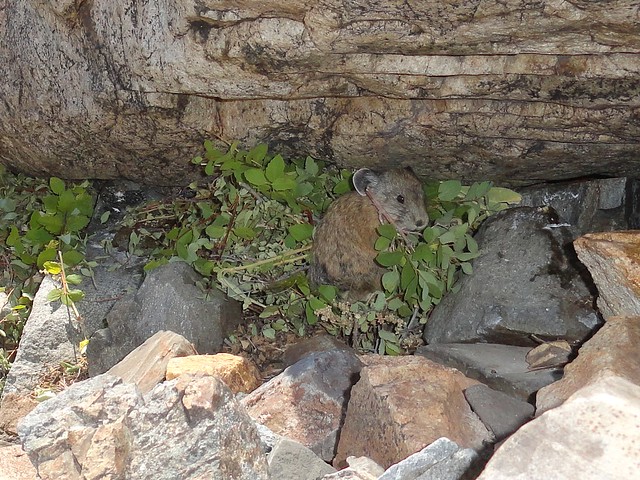 Throwing all 6 ounces of its weight against the pile 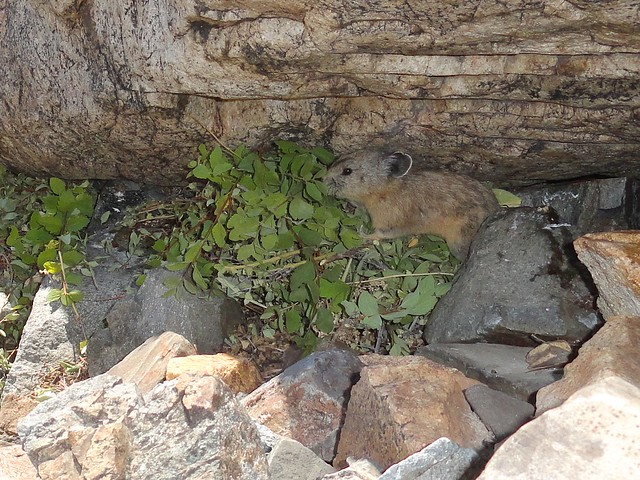 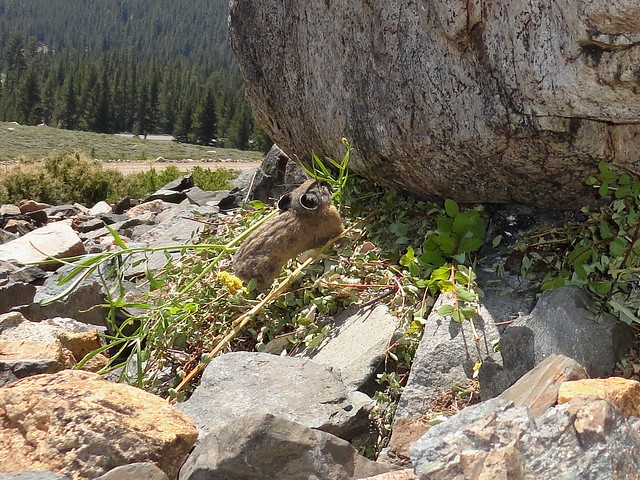 All sensible seasonal choices, since pika are herbivores, like their kin the rabbits & hares. And thus mostly eat leaves and grasses. And surprisingly few seeds or berries.

But the Soda Straw is interesting, as it's also called Poison Angelica, and is related to hemlock. Perhaps it's strategically added for the bushy-tailed woodrats, mice, squirrels and chipmunks that often try to raid the pika's pantry. 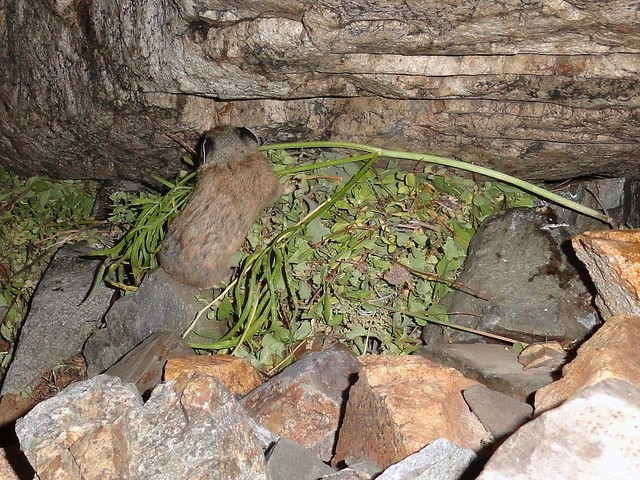 Occasionally they pause for a look around, or territorial call. 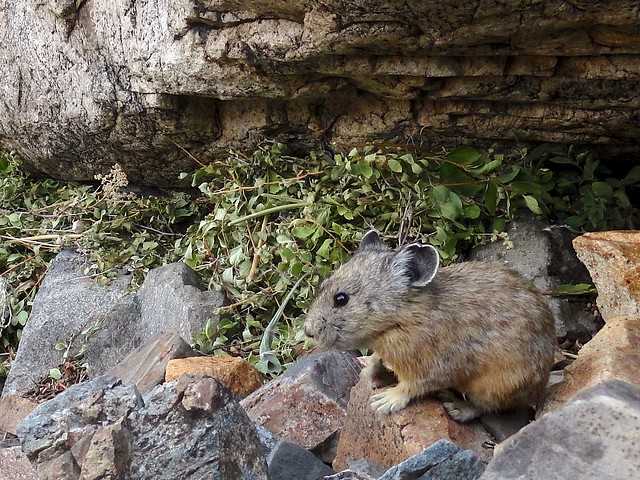 Pika giving its "rock rabbit" look. This half pint cutie's ear notch is handy for ID. And note how perfectly matched their fur color pattern is to the rocky habitat.

But rest is for the wicked, and there's "ripe" Creambush and Snowberry to harvest and pile. 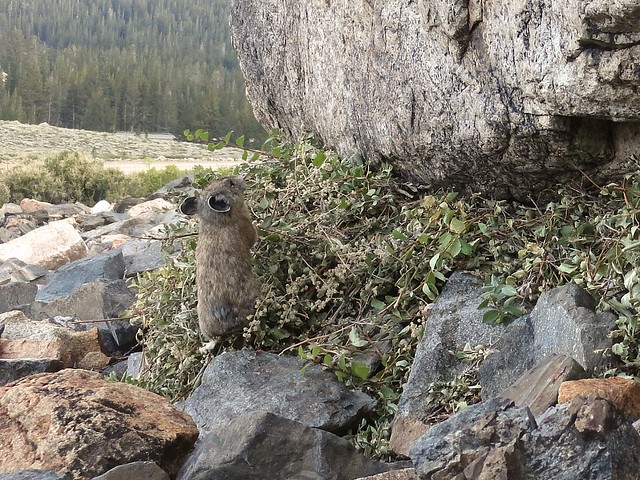 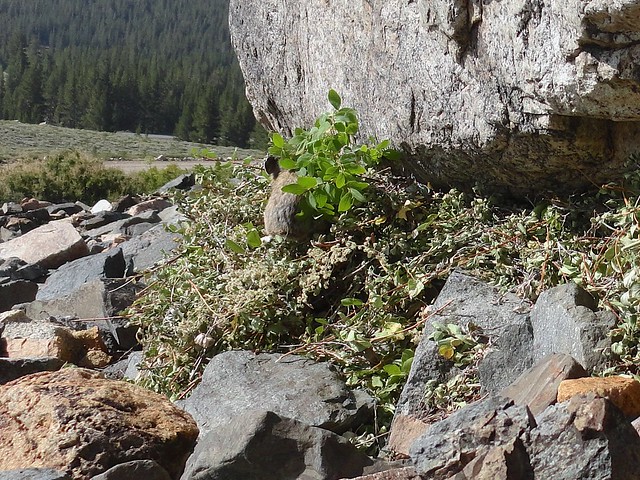 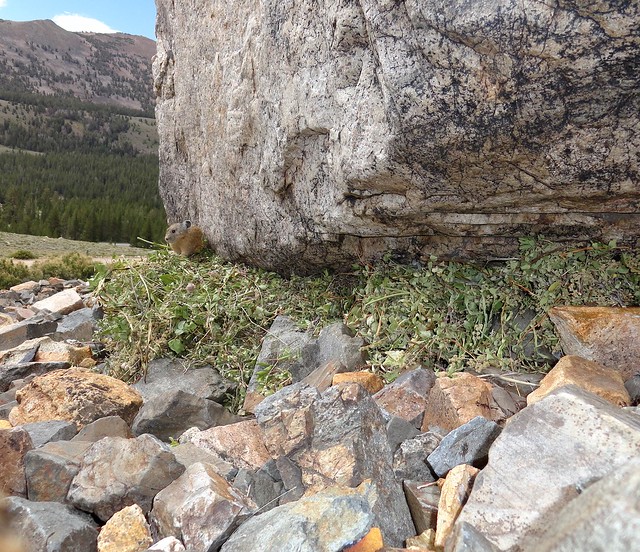 A whole lot of winter salad.

Maybe there is an El Nino coming. 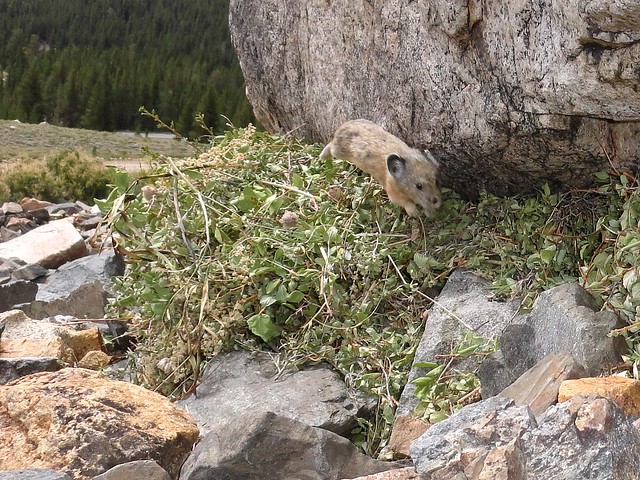 Pika off to get more