Time for more photos of that handsome haypiling American pika, this round including the local competitors & predators the camera trap also caught coming by.

Deer mice were the most common visitors, sneaking in at night to forage for seeds & insects. 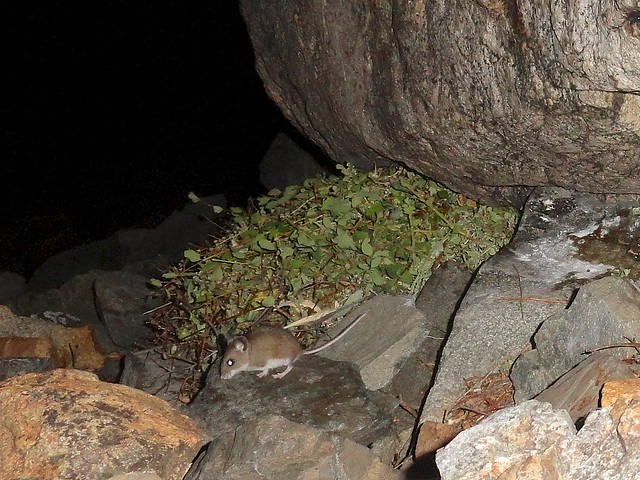 And, a bit surprisingly, the local pika were occasionally also active at night. 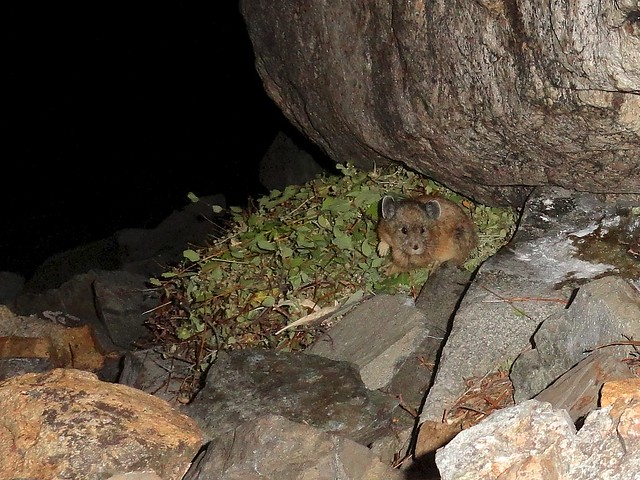 Pika tending its haypile at 4:20am

"I gotta bring in that creambush before it goes sour..."

Chipmunks were the most common daytime drop-in. Also searching for seeds and like that fall to the wayside as the greens-loving pika fills its winter warehouse. 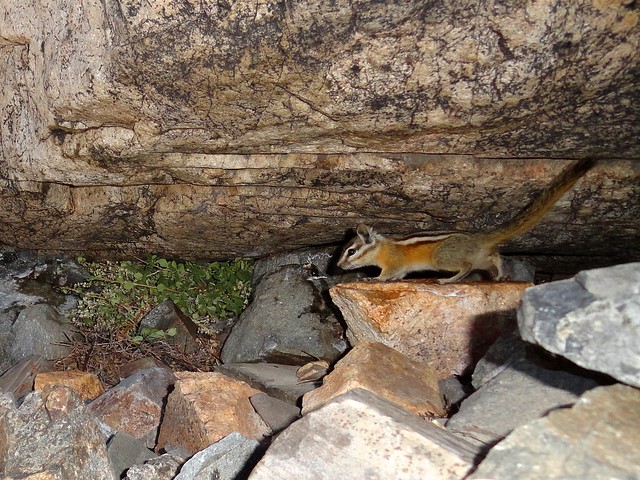 In other words, they're opportunistic "dumpster divers," much like the visitors to Aplodontia burrows and woodrat stick houses.

And, where there's yin there's yang, so, of course, a local slinkster showed up hoping to catch our pika or one of the haypile pilferers. By size, this one is likely an adult male. 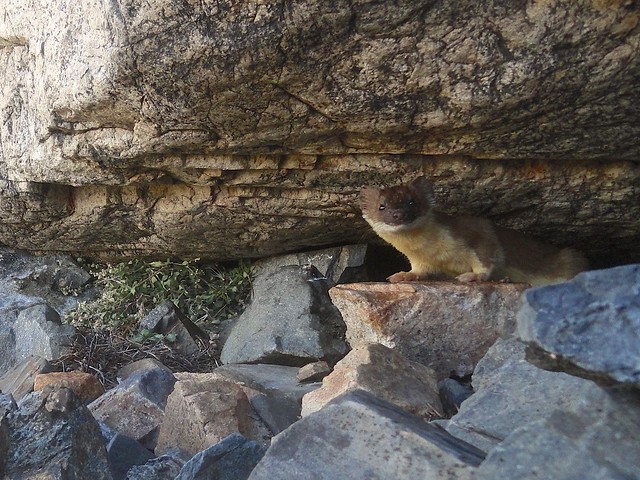 Long-tailed weasel slipping through the cracks at the haypile

And while comparably almost as cute, weasels are the top pika mortality machine, so our haypile hero best watch out.

Especially in the warmth of the rising sun. 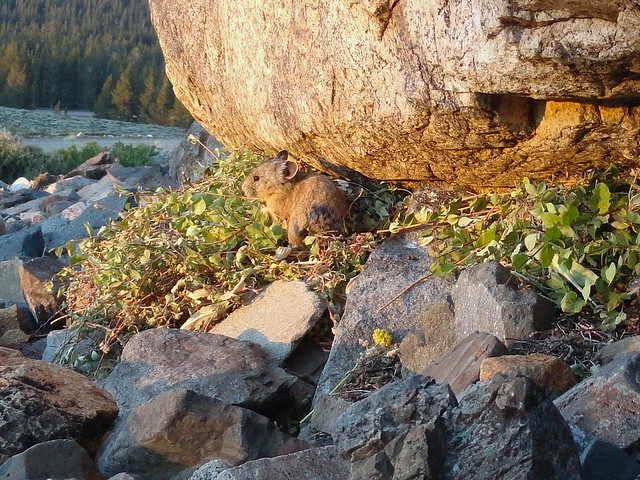 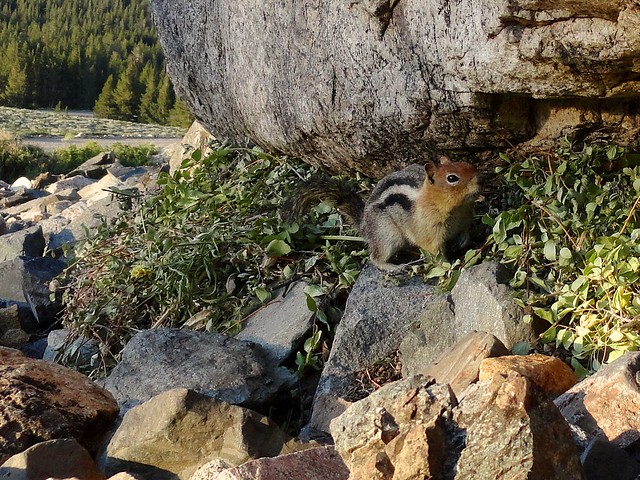 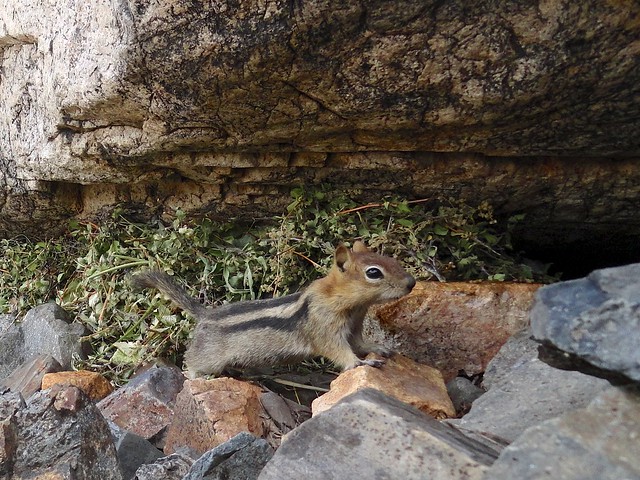 And they too are on the menu of the lurking long-tailed weasels.

In this case, perhaps a female. A slinkette. 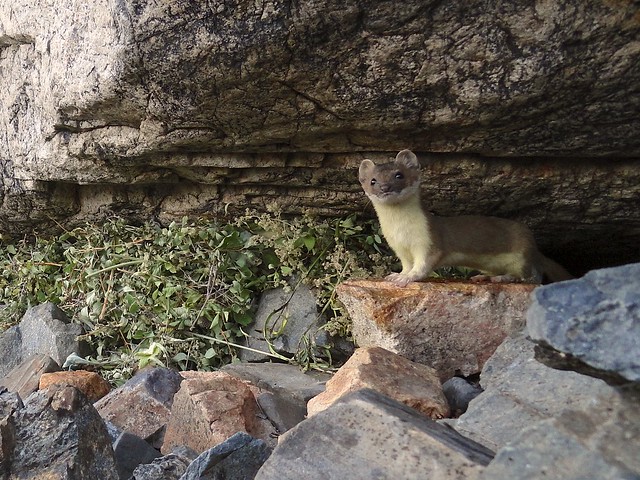 A second, smaller long-tailed weasel popping out of the rocks 2 weeks later

And though our hero is near equal size, the little hyperspeed weasel would take the pika down in an instant. A flash of teeth and cuteness that ends in a sad squeak. 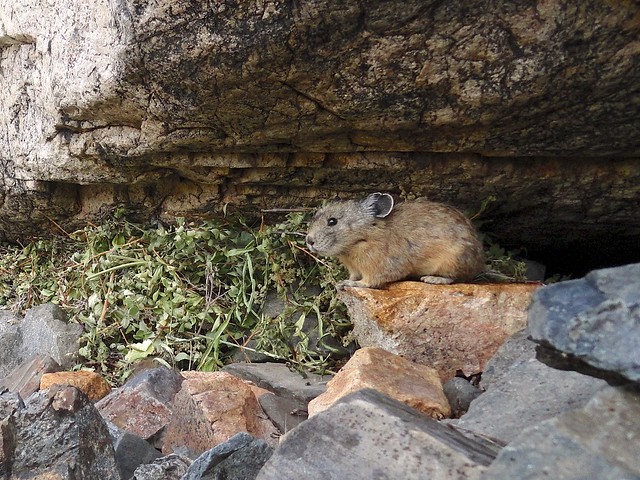 Pika on same rock as weasel for size comparison

But pika know how dangerous the talus tunnel terrors can be, and have adapted. For example, while they'll use various vocal alarm calls for different approaching predators, such as hawks or coyotes, if they spy a weasel near, they quietly disappear. Preferring a silent strategy that doesn't alert the weasel to whereabouts, over a warning for its fellows.

When they do call, such as to "mark" their territory, it's often from a favorite/specific rock. 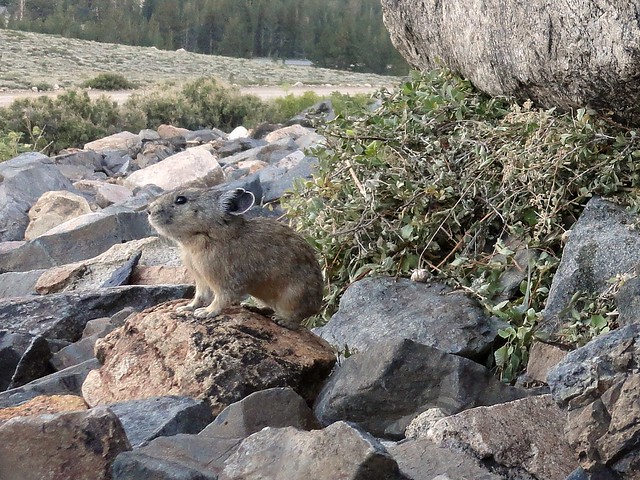 Fave rocks are also a hang out at night. But I don't think pika have been documented calling at night. 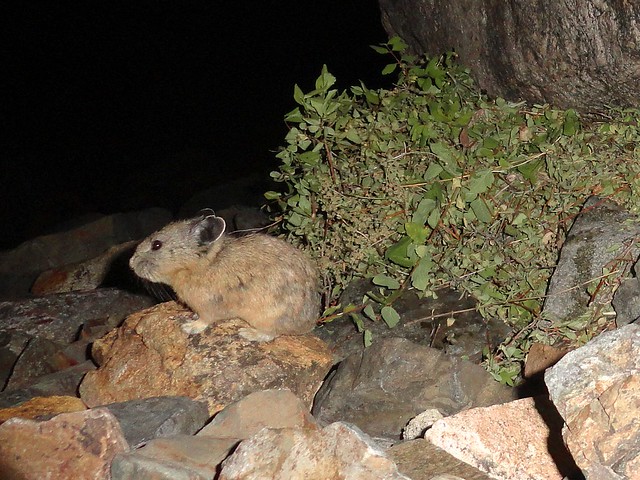 All just a fraction of the behaviors that make pika such unique rabbit relatives. 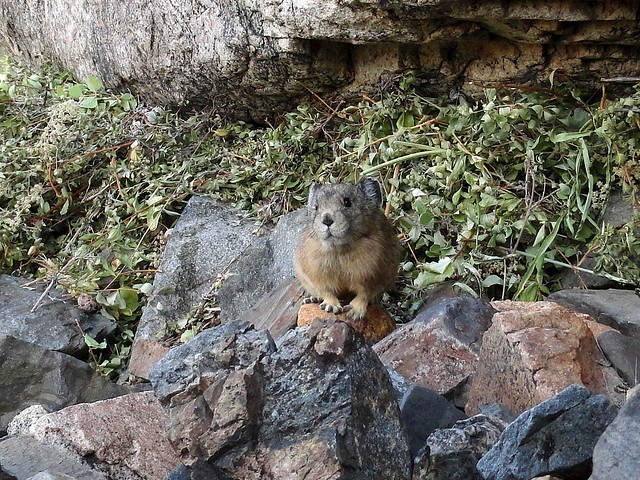 One so popular, that even their much larger cottontail cousins occasionally drop by. 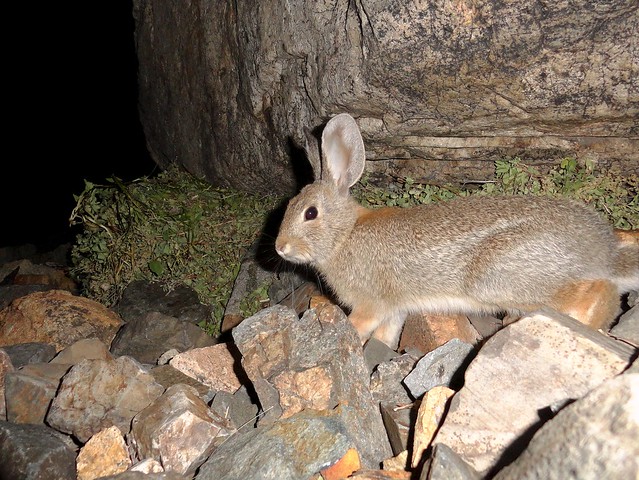 Cousin mountain cottontail checking out the haypile at 5am 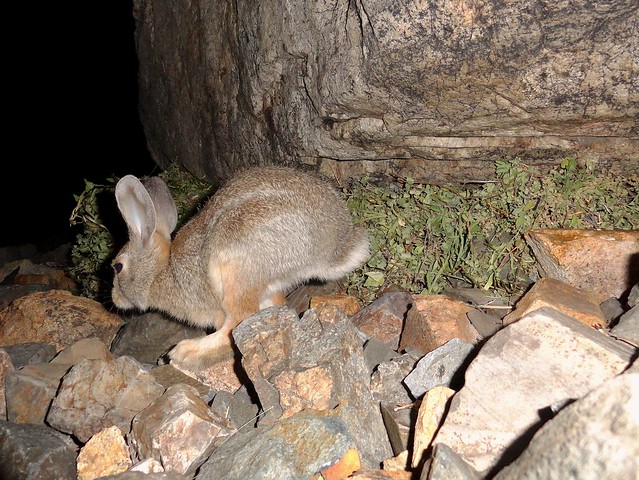 It's a tough life being the "apex of cuteness" on the talus. But some animal has to do it. 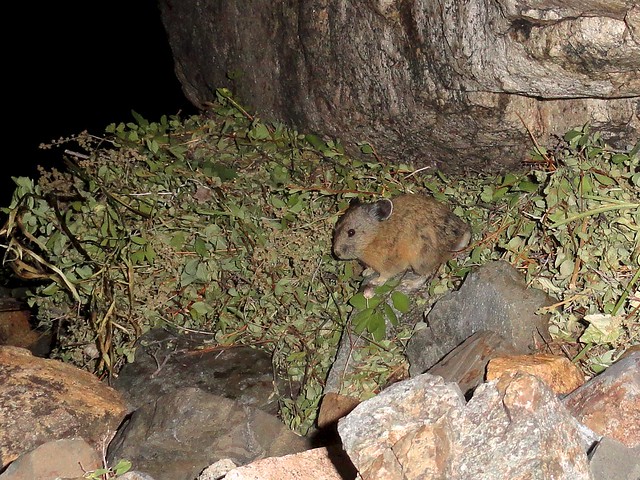 Pika enjoying some "quiet time" at haypile at 1:40am