I heard the chattering alarm of the wren first, just down slope in a mix of oaks and chaparral.

Then the wren zipped up into a valley oak, where several hummingbirds were also all-a-buzz.

And, while the sun angle was poor, I thought I could see another small bird in the branches. 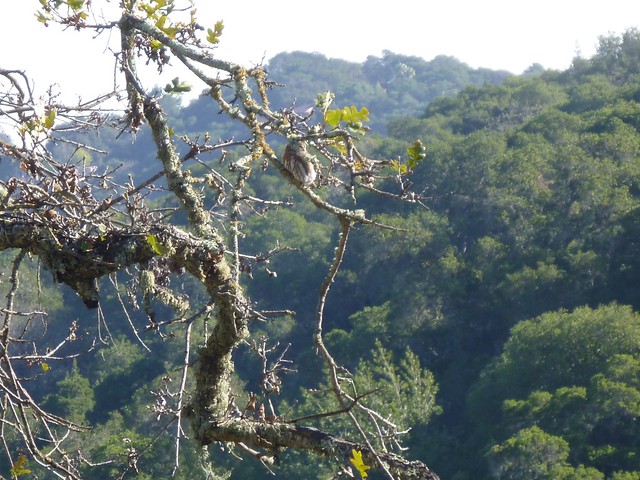 My friends threw out "helpful" ideas.

"Then why did it just turn its head and look at me?," I replied. 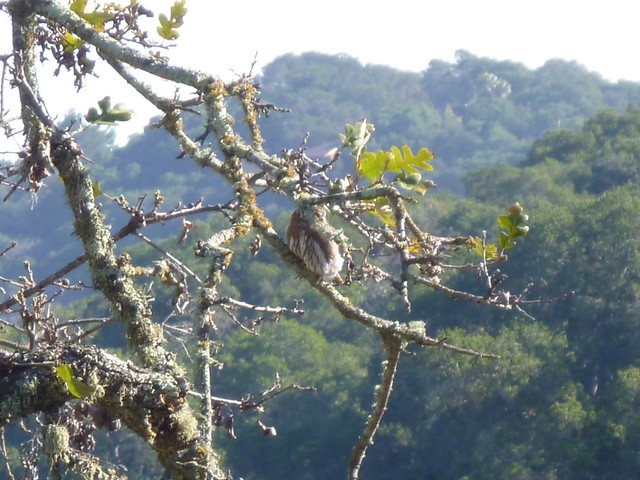 A little predator? I noodled and moved toward a better angle.

About 6 inches tall and 2.5 ounces in weight, pygmy owls hunt small birds. Hence the harassing by the hummers and wren.

It was a proportional response.

And the four of us without binocs or big lenses. Dang.

But the pint-size predator did nicely kick-back and give us all a good gaze. And a few croppable point-and-shoot pics. 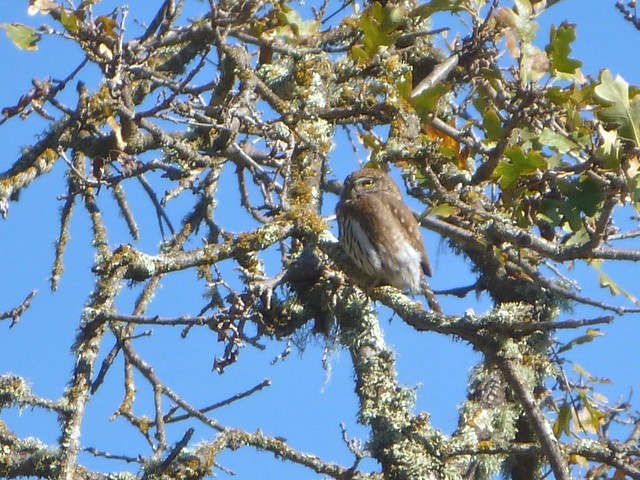 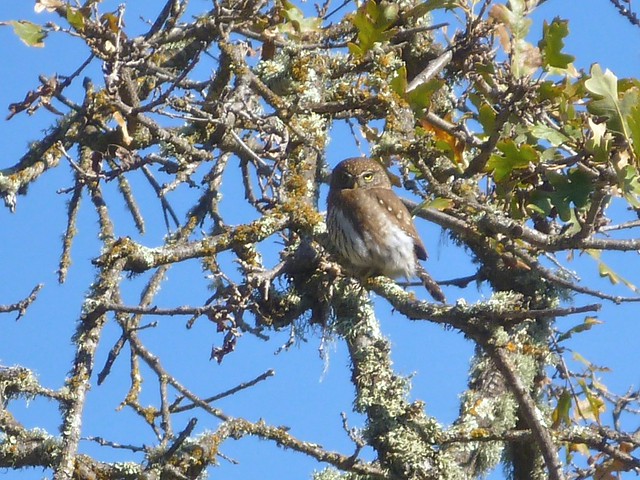 I've had glancing views and heard their calls before, but never long looks.

A daymaker species, for sure.