As mentioned in a prior post, much like our sage steppe bunny Brachylagus, the Mountain Beaver, Aplodontia rufa, is also a keystone species for the burrow complexes they build. But in wet alder woodlands & meadows on creeks, rivers, and lakes.

This summer, while lending a hand at the Codger's cam trapping workshop, I decided to also try that continuously auto-focusing, "in your face" chipmunk cam on an aplodontia burrow for a couple of nights. And similarly put it down on the ground, about 3 feet from the entrance. 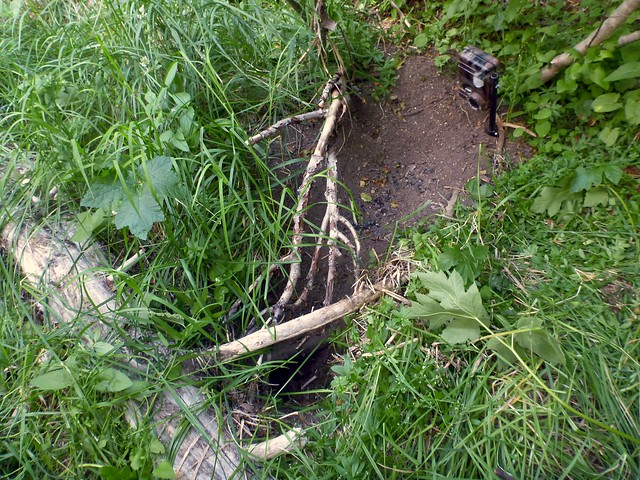 Along with some seeds, I sprinkled dead moths, a butterfly and a few beetles in hopes of drawing out a shrew or two, but alas, deer mice cleaned it all up. 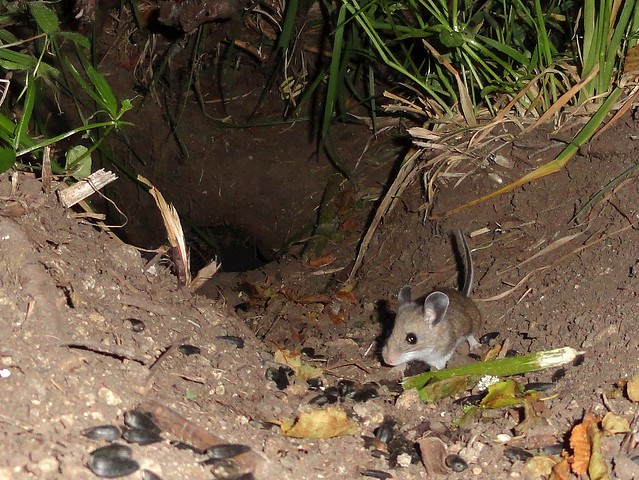 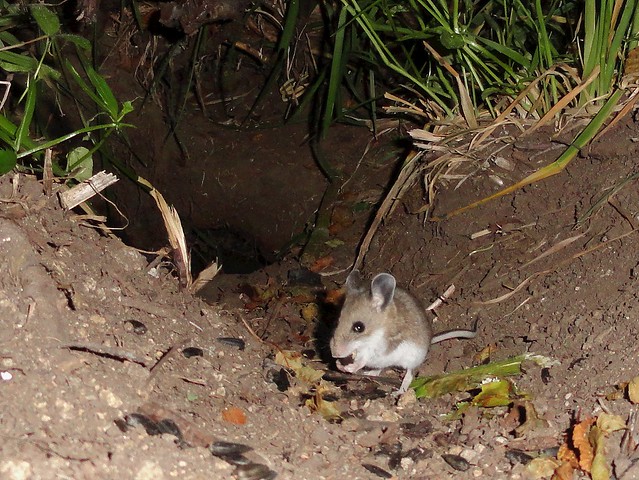 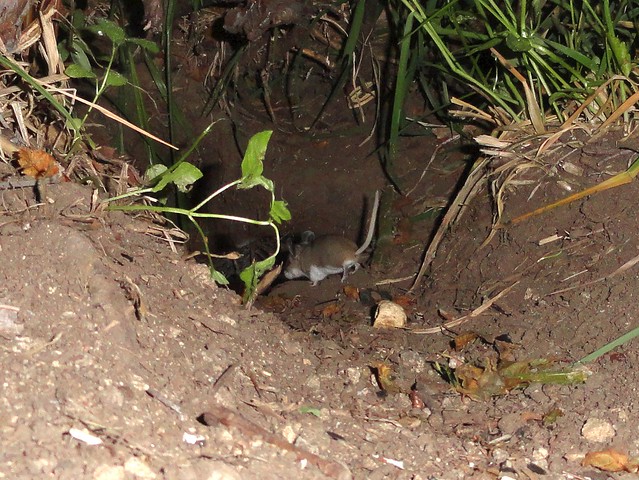 It was definitely 2+ deer mice, btw. Note the tails - one has an up-kink at the tip. 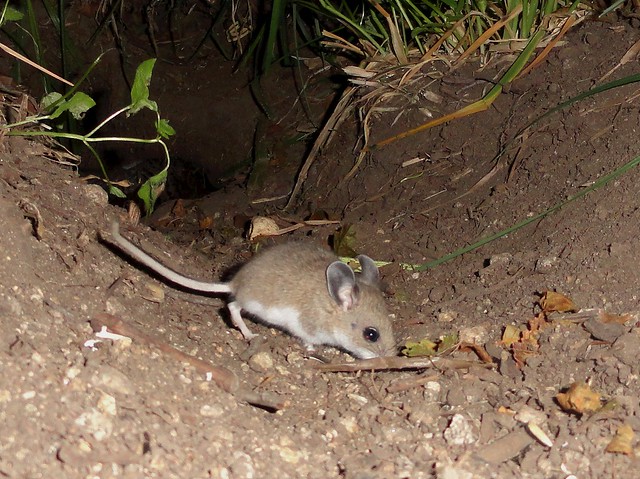 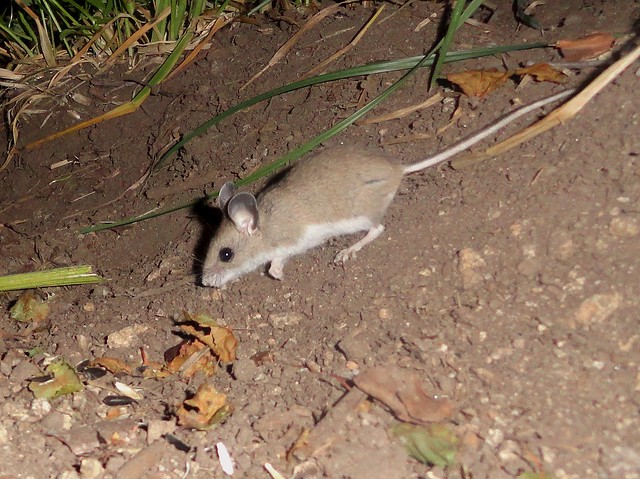 Of course, just like in pygmy rabbitats and woodrat sticko-systems, predators always lurk.

In this case a weasel popped out of the burrow. While "mostly" on the prowl for the smaller inquilines, such as mice and voles, they might try to take an aplo. Especially young-ins. 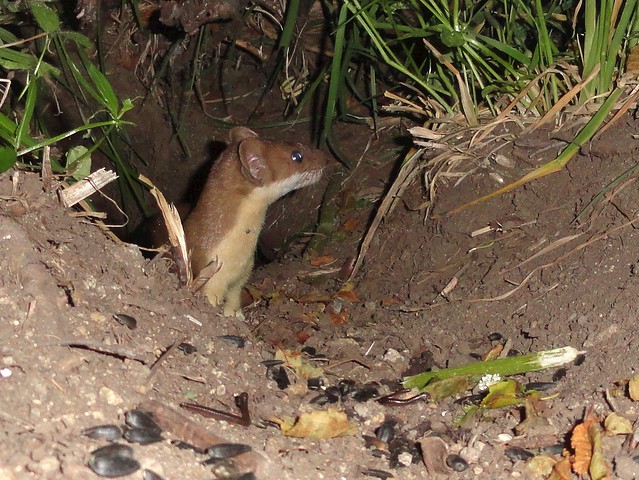 Note the millipedes now in the scene. They may be living in the burrow too.

Speaking of voles, a montane vole came and went as well. 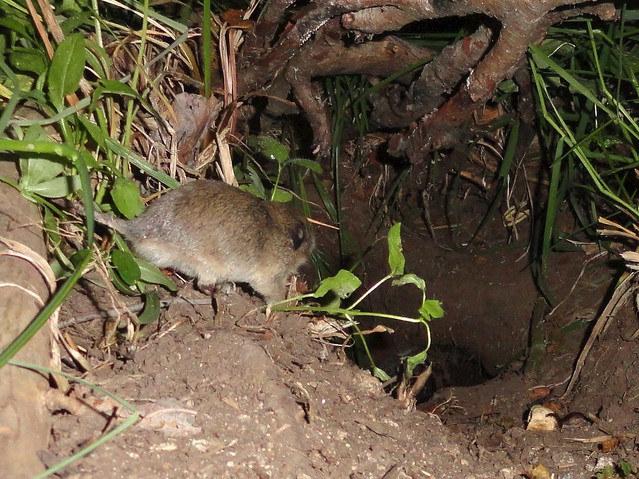 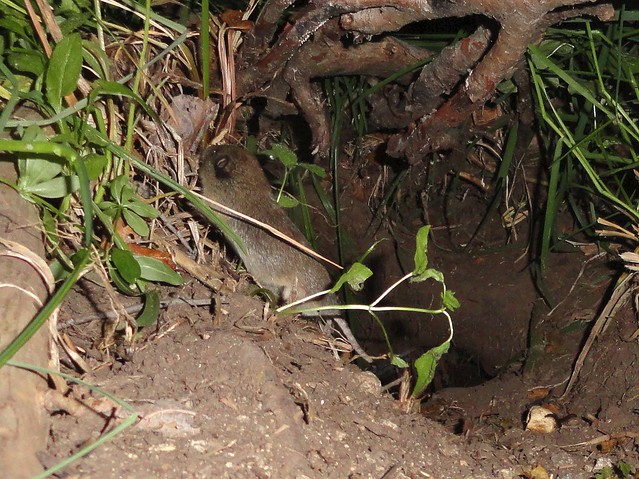 And boomer the burrow builder also made a brief evening appearance, coming out to sniff the scene and give the cam trap a big "cheeeeeese." 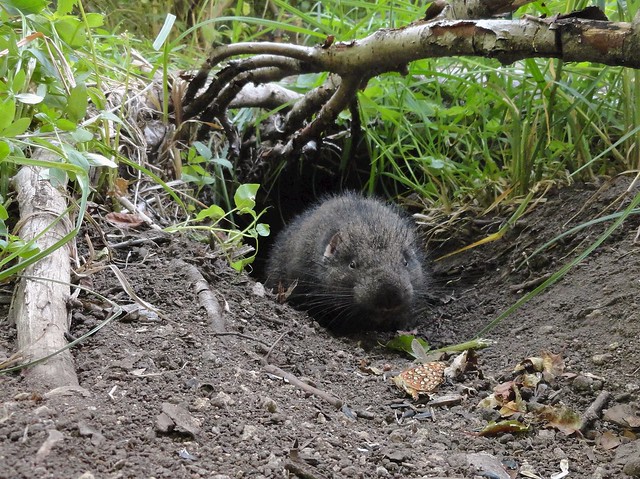 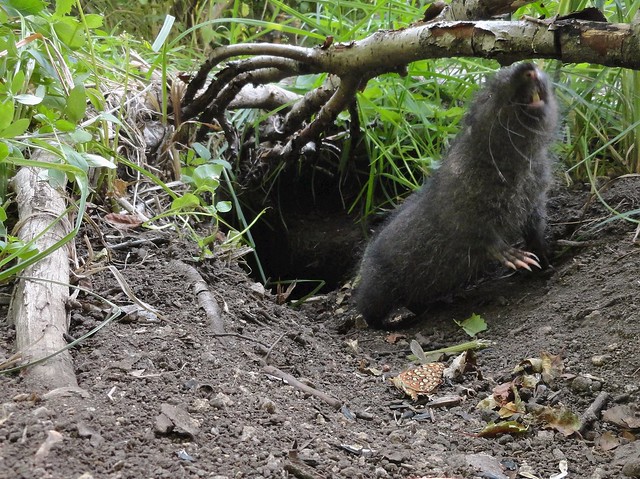 I had dabbed birch oil on that branch. Birch and alder are both in the Birch Family, Betulaceae, and since alder is a primary food for aplos, I thought the scent might prove intriguing.

"What an unusual alder aroma…" 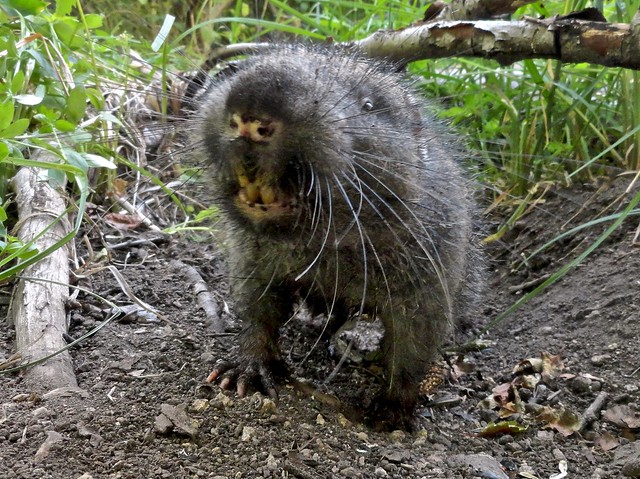 Hmmm... Reminds me of those 1950s Ipana Toothpaste commercials with Bucky Beaver.