I Brake for Brachys

Turns out we're not the only fans of pygmy rabbits.

See, much like my fave woodrats and their stick houses, Brachylagus idahoensis is a keystone species, both for their role in the food chain (for raptors and other native predators), and also for the micro-habitats they create - their burrow complexes and scurry zones.

Or, as a fine local friend and fellow pygmy stalker perfectly coined in a word stumble:

And so far, in 9 active weeks, our cam has caught 8 coincidental species in this pygmy rabbitat.

Aka, the supporting cast...

Adult black-tailed jackrabbit(s) came through the scene, both day and night. 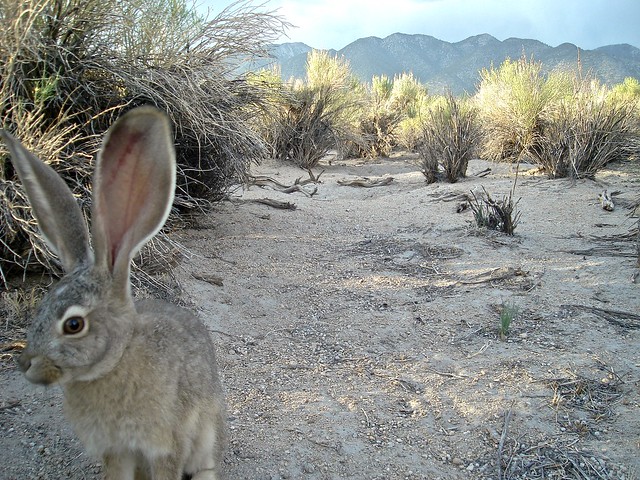 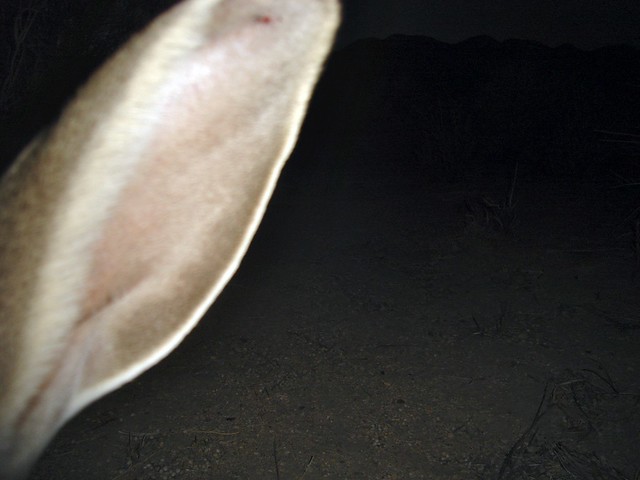 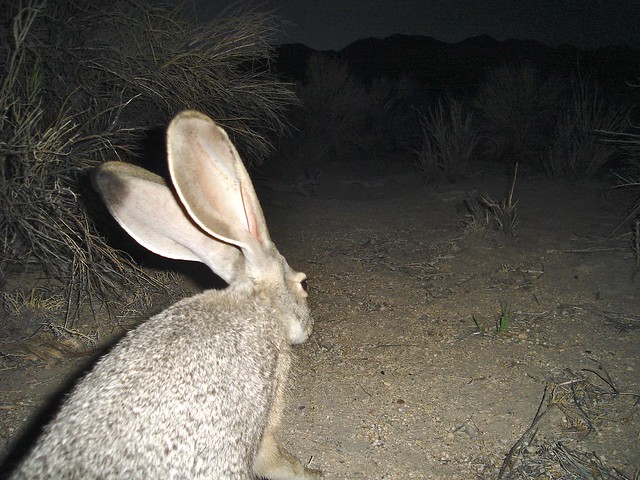 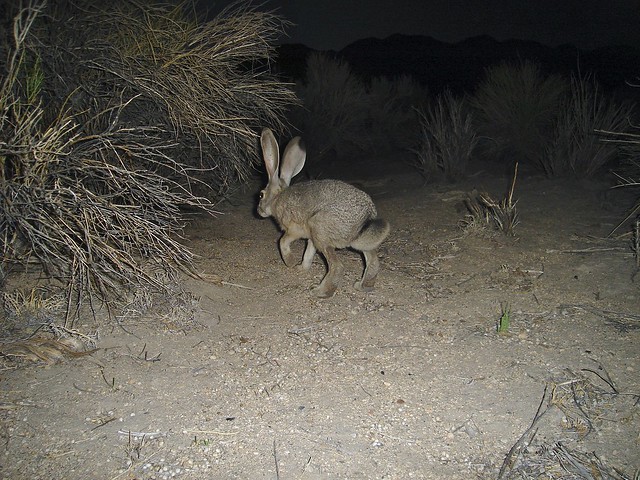 And a juvenile black-tailed jack was also caught by the cam several times. 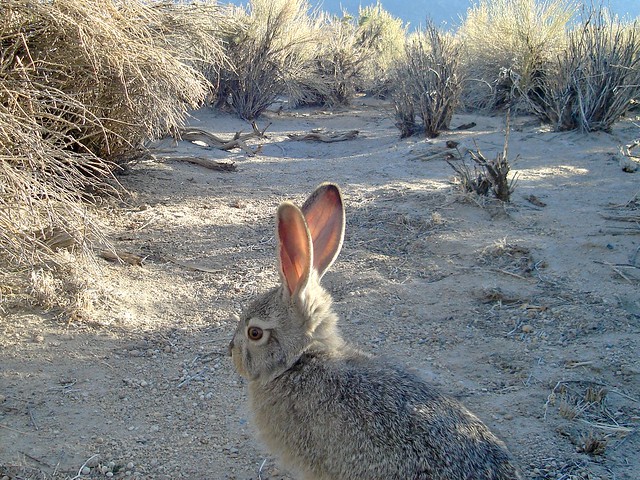 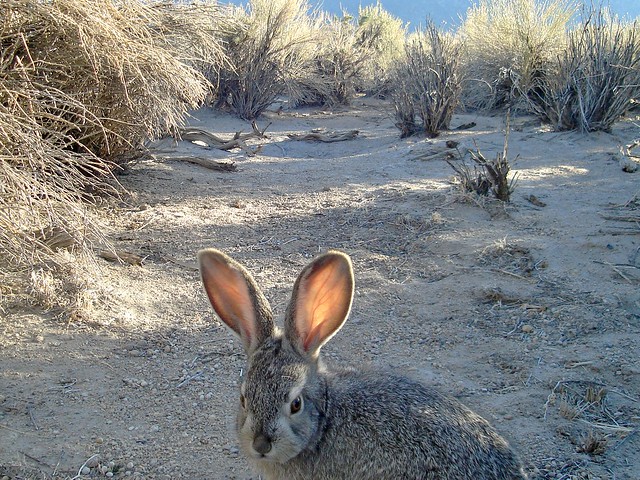 These coincident species can fall into several categories, btw. Some, as mentioned, are local predators looking for a taste of Brachylagus Hasenpfeffer. Others may just reside in the same sage scrub habitat, occupy different niches, and sometimes use abandoned pygmy burrows. Jackrabbits and cottontails, for example, have been known to expand the entrances of old pygmy burrows to use them as hides, sleeping holes and birthing nests.

And some coincidentals are "inquiline" species that actually live in the burrows with the Brachys, often in lesser/unused tunnels and side nooks.

K-rats are such inquilines that will happily use active or abandoned pygmy rabbit burrows. This little character with the chewed up tail, likely an Ord's kangaroo rat, came and went from both burrows for weeks - then totally disappeared.

Guess the local predators will settle for K-Ratatouille. 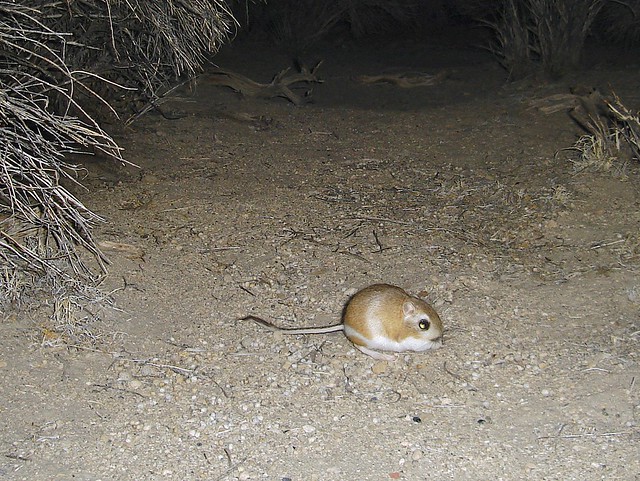 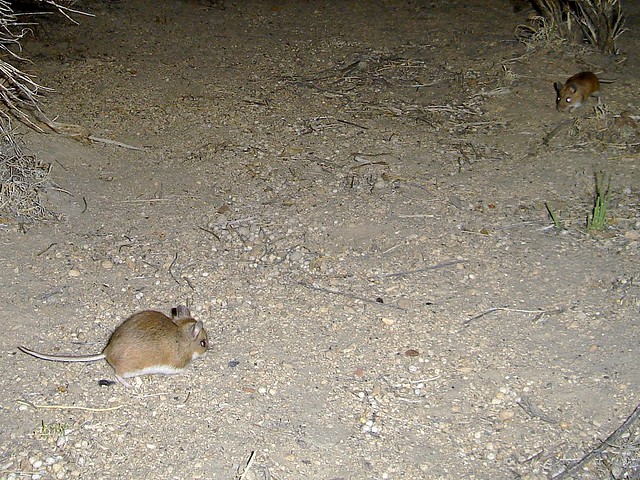 As are many reptiles and amphibians, such as toads. In this case 1/2 a toad. Probably a Great Basin spadefoot toad that popped out of a burrow during a rain event. 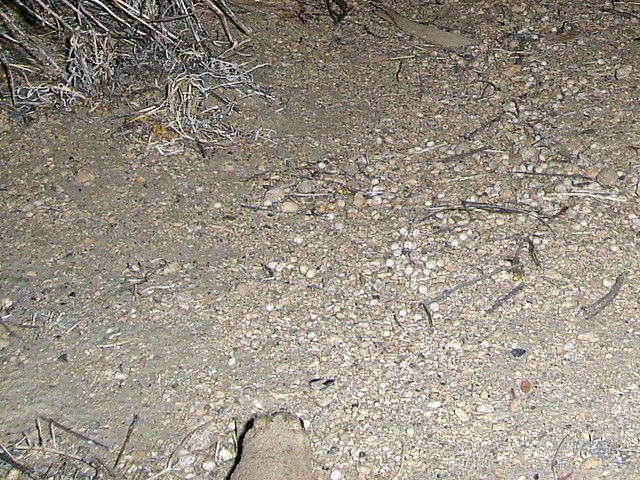 Least chipmunks also live in the sage, but will generally only take over abandoned burrows. 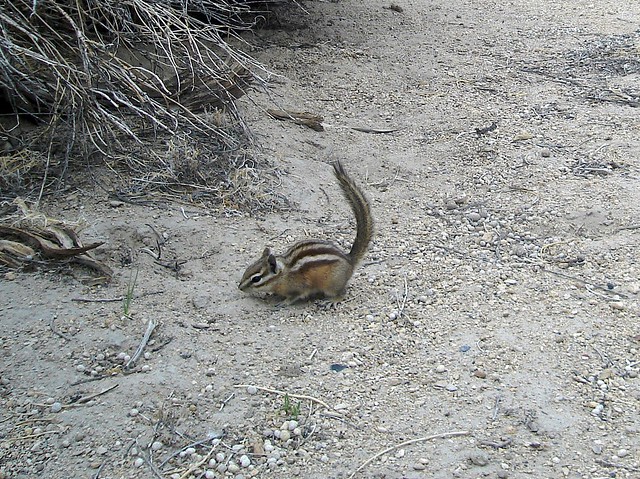 A pair of Piute ground squirrels dashed through the scene just once so far. At first glance I thought it was an antelope ground squirrel visiting twice, but then noticed the lack of stripes and the timestamps. A single quick visit in 9 weeks suggests their colony isn't near by. Wonder where they were going in such a rush? Dispersing? Looking for abandoned burrows? 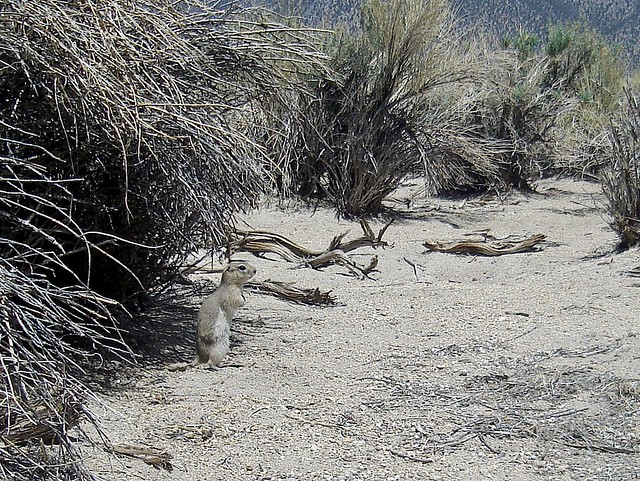 One of two Piute Ground Squirrels, Urocitellus mollis, that scampered through the scene

And, much like the ground squirrel, this scruffy Sage Thrasher also passed through once. 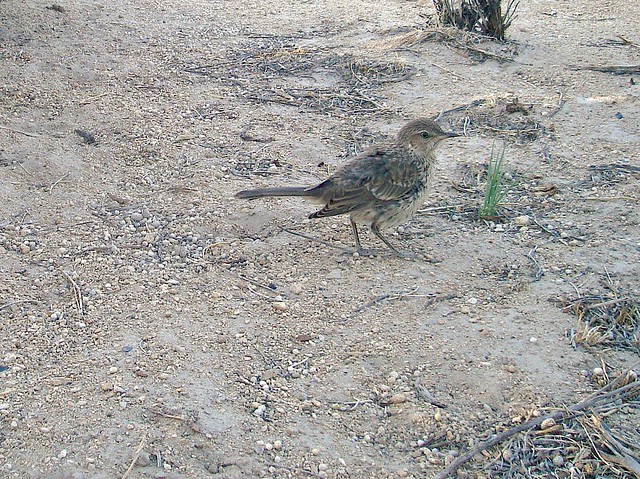 And finally, Wile E. Coyote was the first predator caught on cam (and only to-date). An adorable sub-adult that appears to have found a watering hole or trough in the area. 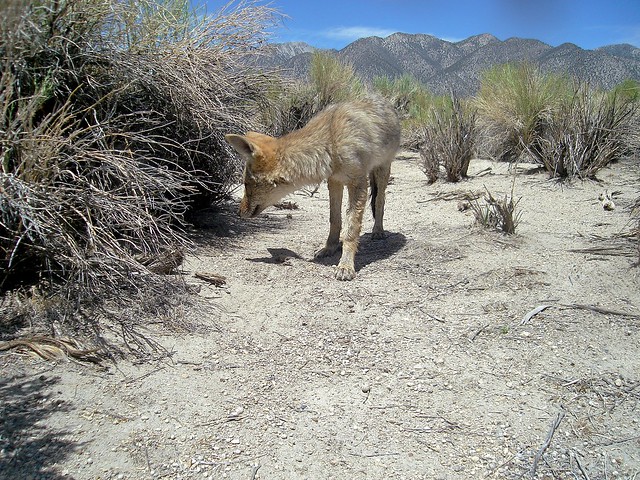 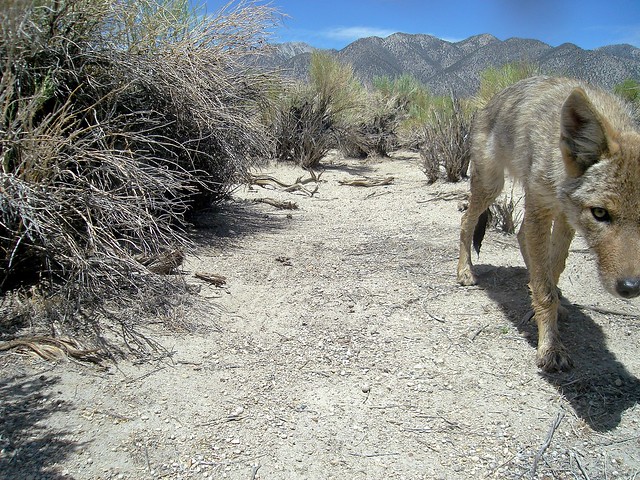 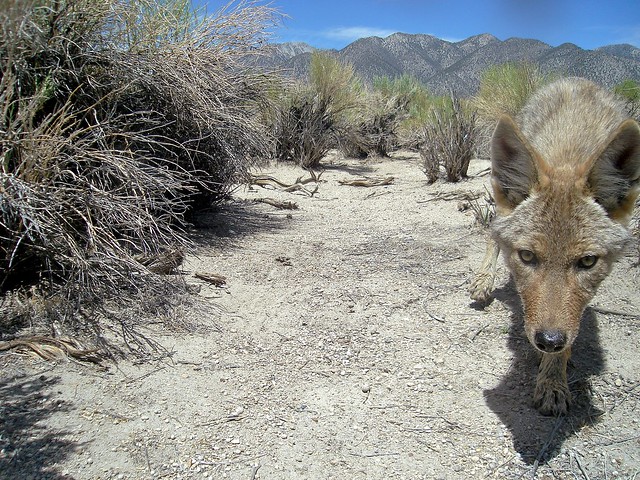 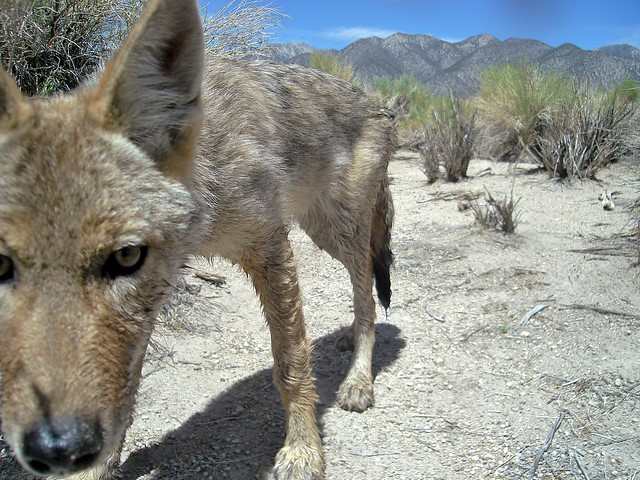 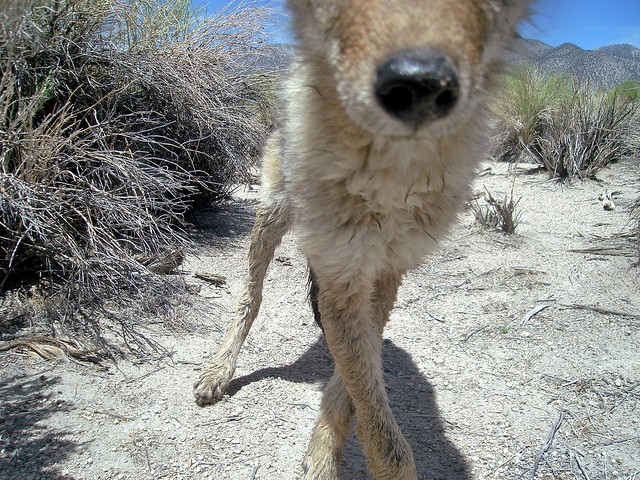 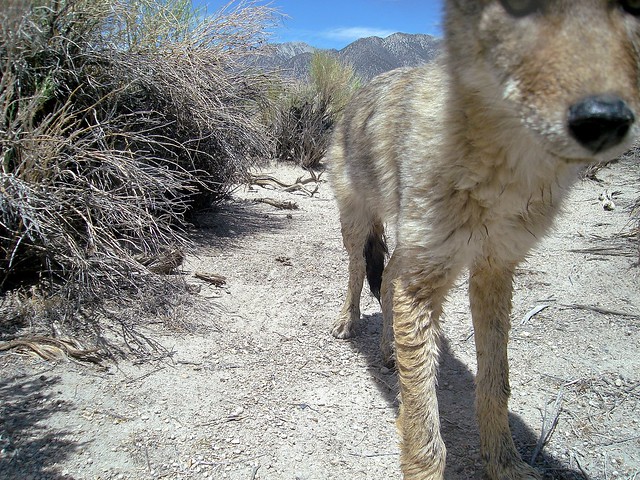 And once again, with a sneak attack that night. 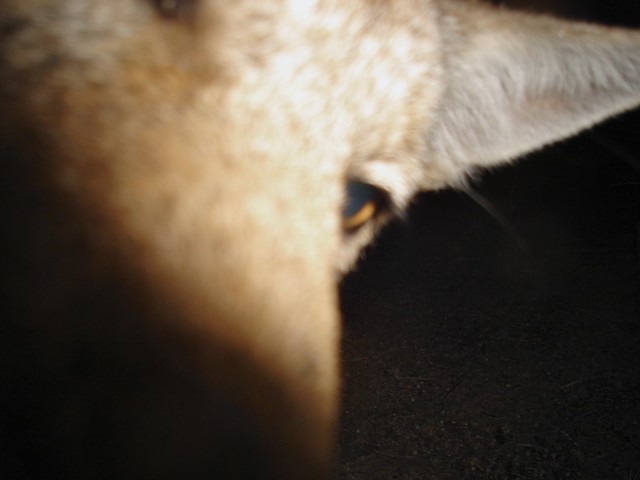 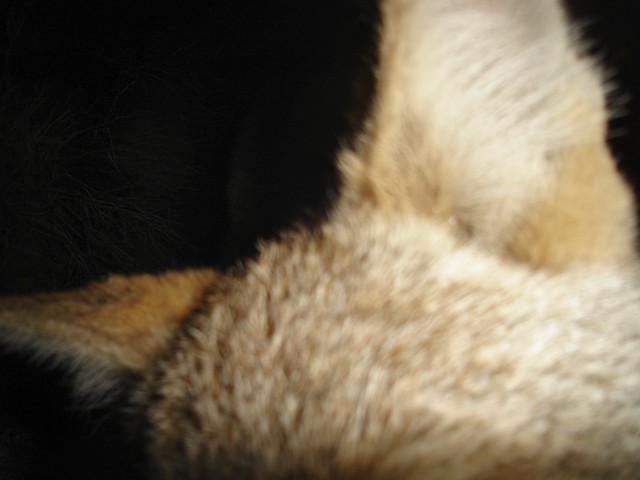 But you failed to notice that my cams traps are made by ACME.