During the same month the camera was on the Aplodontia burrow, I also had one staked into a downed log in the dense fir forest above the Yuba River.

I like logs. It's always intriguing to see what'll jump up or land on them. Especially in a forest known for martens, weasels, 7 or 8 squirrel species, and multiple cool woodpeckers.

For this log set I pointed the cam down the length and dabbed a bit of stink on the far end. 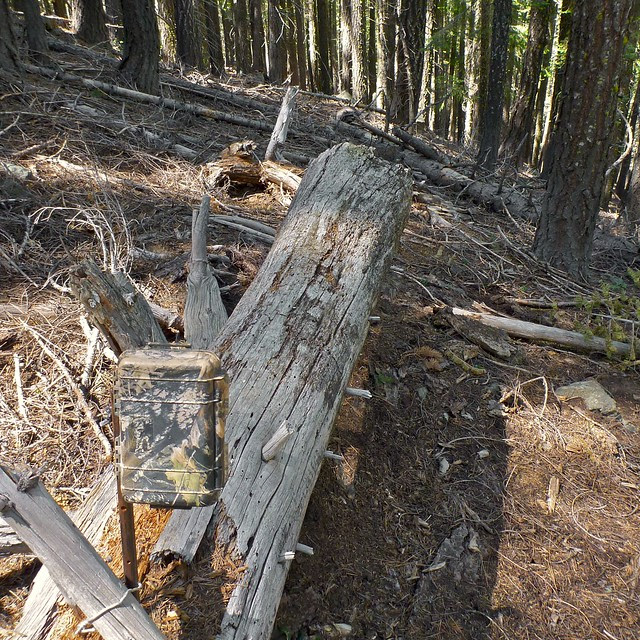 As is common in California, a gray fox was first to the scene. Just 15 hours after we left the cam. 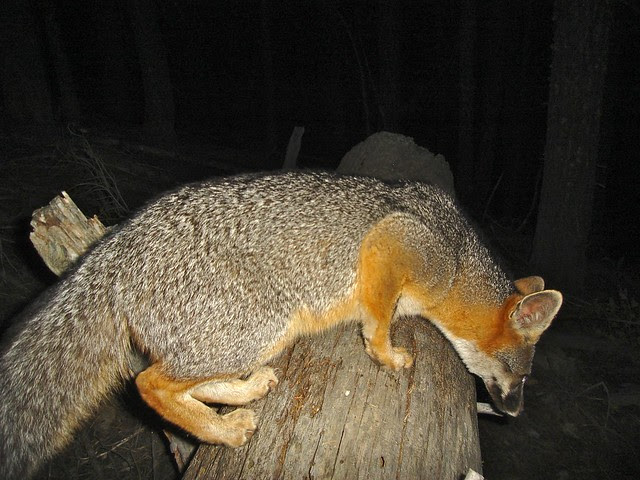 In this close-crop you can sort of see the gray fox's hooked, semi-retractable, cat-like claws, that help them to climb trees and scale logs and rocks: 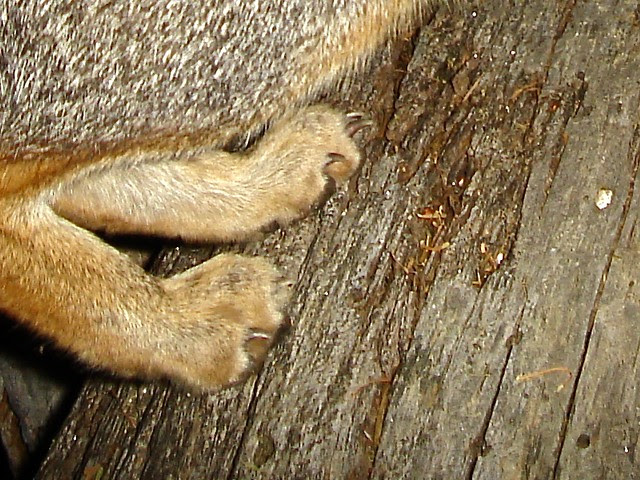 Once the gray got its footing, it gave the log and scent mark a nice once-over. 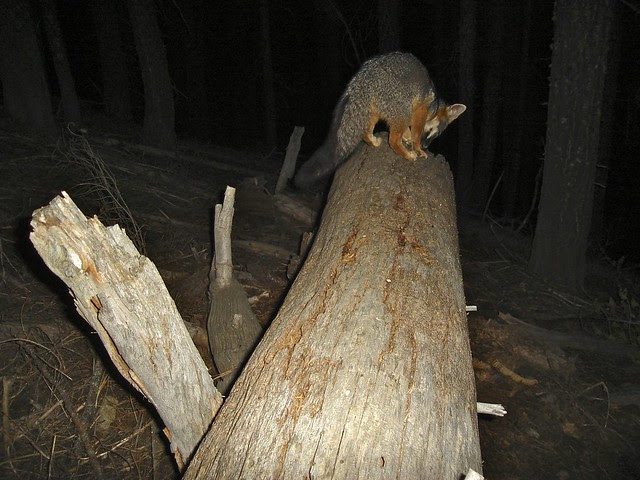 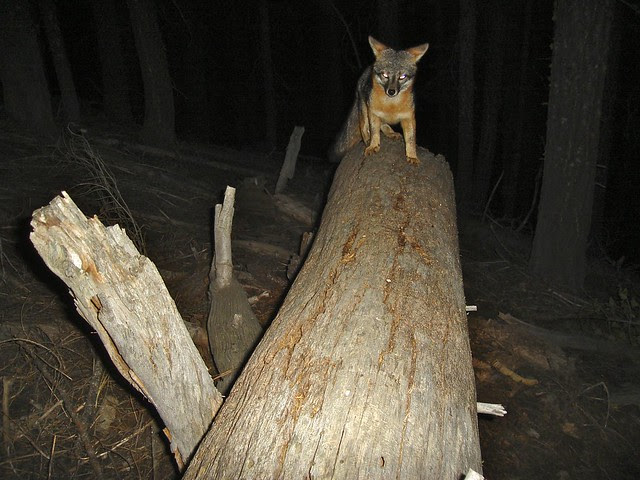 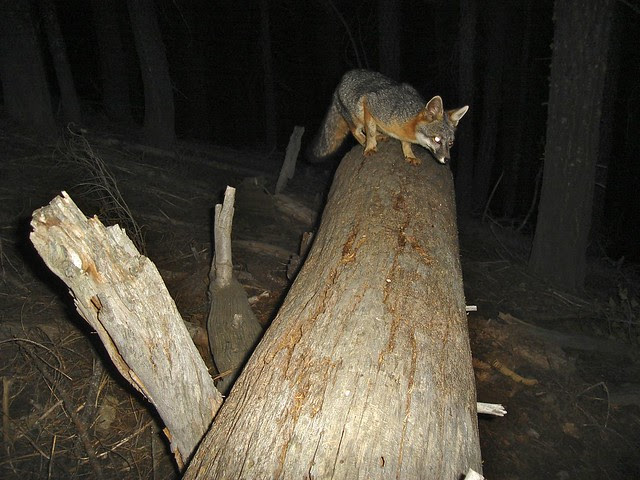 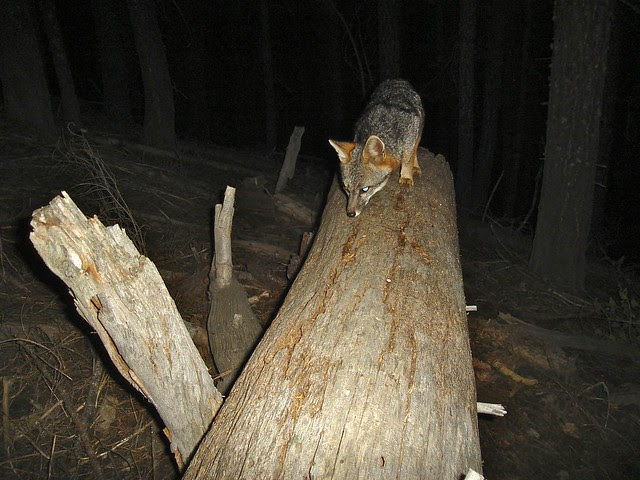 After the fox left, the next 28 days were generally quiet on the log.

A couple of bitchy chickarees stopped by to scold the camera during the pre-dawn hours: 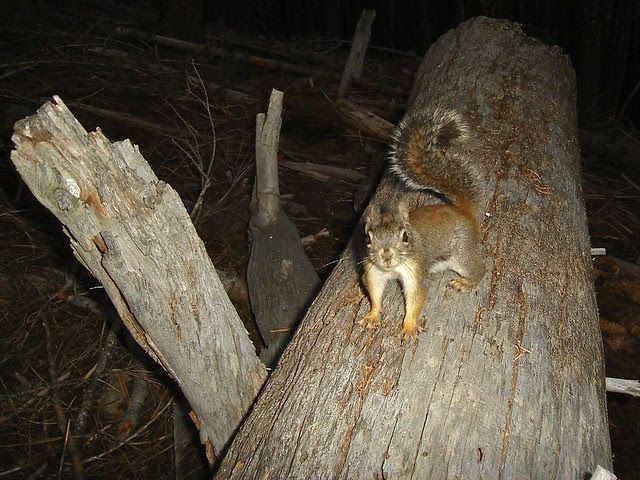 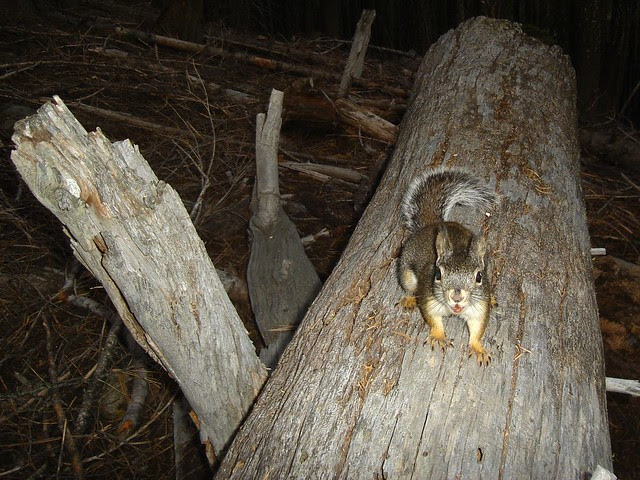 And a coyote trotted by late one night. 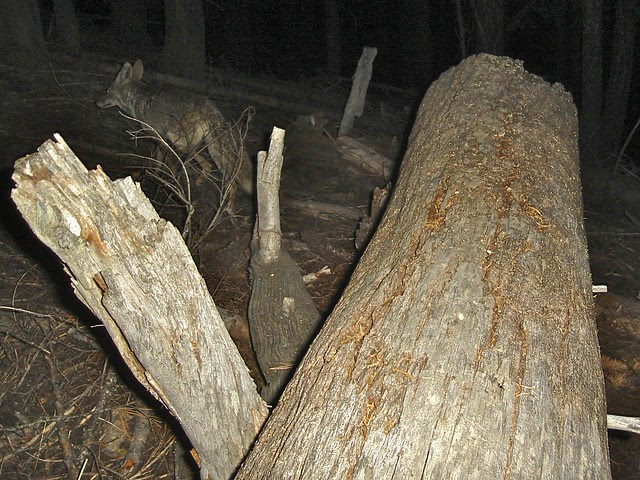 The only bird to visit the scene was a robin, which dropped in for a quick evening inspection on the last day the camera was in the field: 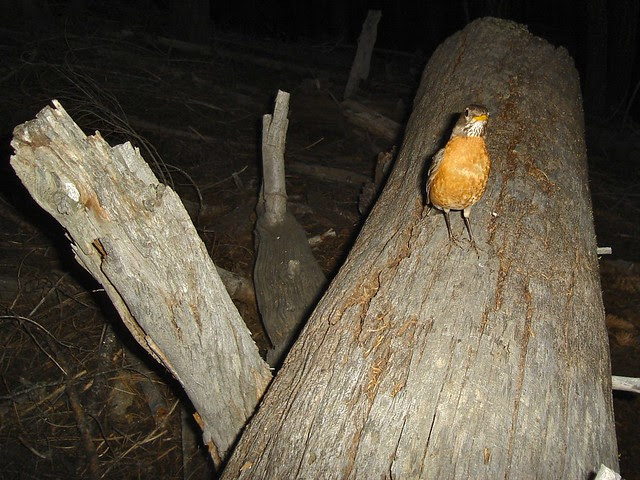 But the robin wasn't the only aeronautical animal in the forest that final night.

A thunder of jets in an open sky -
a streak of gray and a cheerful "hi"
A loop, a whirl and a vertical climb -
and once again you'll know it's time...

Yep, that supersonic speedster - Rocket J. Squirrel - dropped in for a cameo.

Rocky was another hope-for when I selected the log, of course. Because these fir forests are know for having flying squirrels, too. 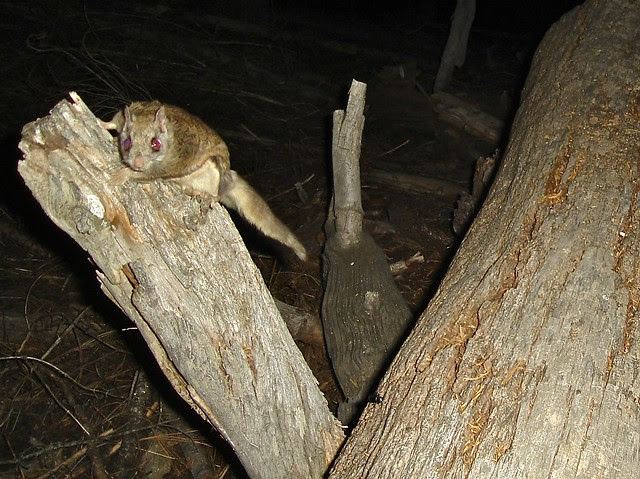 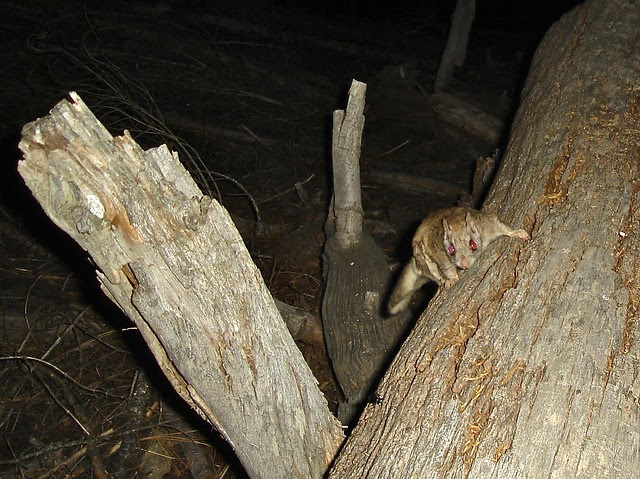 Now all we need is a Moose.

Maybe if we'd left the cam trap out just one more day.

Written by randomtruth on Friday, September 13, 2013