Sometimes, they say, a picture is worth a thousand words.

But this one caused me to read many more than that. 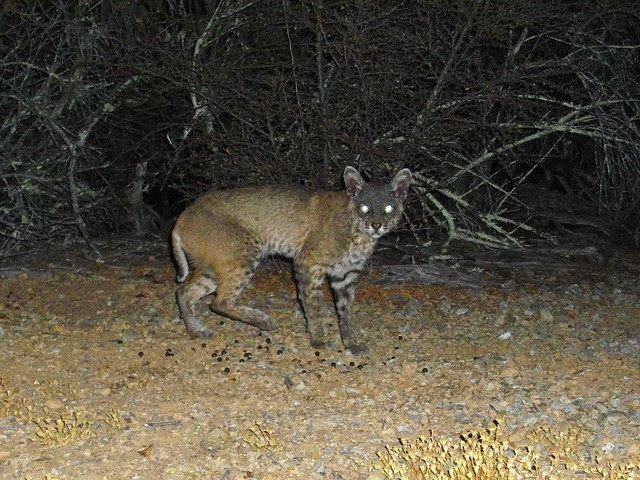 Because this isn't the first bobcat I've seen in the Santa Cruz Mountains with bad mange. And I know other mangy bobs have been found dead.

So I wanted to understand why.

Mange comes from mites, which are tiny spider-like critters a bit like mini ticks. And there are a variety of species, each resulting in a different type of mange. Some live on the skin surface, some in follicles, others burrow. Some are animal generalists, such as the eastern chigger, and others host-specialists, only targeting canines, bovines, felines, primates, or avians. Some live their whole life cycle on their host, others just a phase, or to feed.

The bobcat in the above photo has Notoedric mange, also called Cat Scabies. It comes from the burrowing mite Notoedres cati, and is the feline equivalent to the Sarcoptic Scabies people and dogs can get. And while it isn't known to infect dogs or people, for house cats and bobcats it can be contact-contagious and deadly. Because if the affliction gets too heavy a downward spiral can begin: the skin swells and cracks and gets bacterial infections, the animal's senses become impaired, deep malnutrition sets in, the infections move into its blood, and - systemic shock.

But here's the big worry: mange is pretty much always a secondary condition. Most animals are constantly carrying a variety of mites, but don't get "mange" (which is the clinical term for the condition when an animal reaches a high level of skin affliction from mite bites). Their normal diet, hygiene and immune responses keep mite spreads at bay.

Meaning there's something worse wrong with these bobs that's keeping their immune systems from suppressing the mites to their normally low, livable, non-visible, non-mange levels.

Malnutrition can lead to all sorts of health issues, including mange, but it too will have another root cause, such as not getting enough or the right food, or internal parasites. Which is why it's much more common in canids, such as coyotes, that, much like our dear doggies, will happily eat garbage and roadkill, and roll in anything and everything stinky and scatty and maggot-ridden they can find. And goodness, can they find. But unlike our dogs, coyotes don't have flea collars and Frontline and Heartgard, so pretty easily get poisoned, parasites, and other immune-compromising sicknesses that can allow their various flavors of mange mites to spread and take hold.

But bobcats, like house cats, are both hygienic and finicky eaters, and really don't do garbage or even carrion. And prey abundance isn't ever an issue in the Santa Cruz Mountains, even during drought years. There are healthy bobcat snacks aplenty in the area. 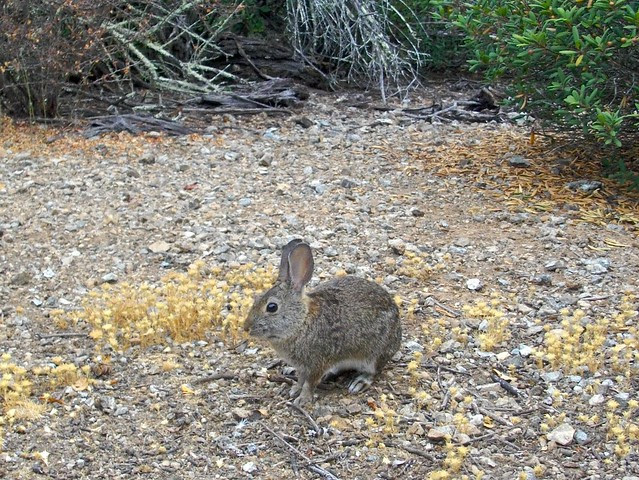 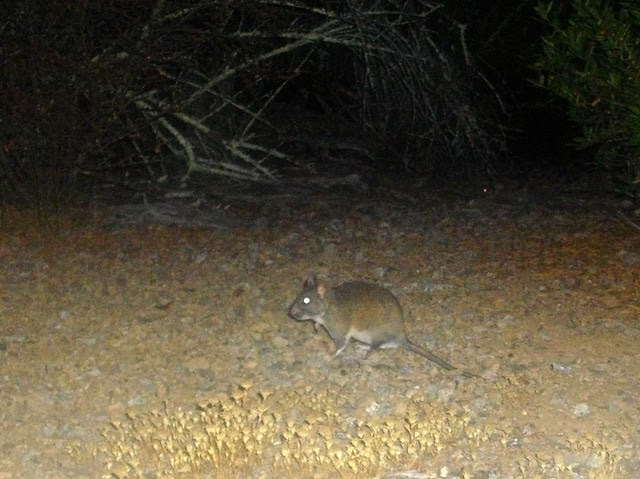 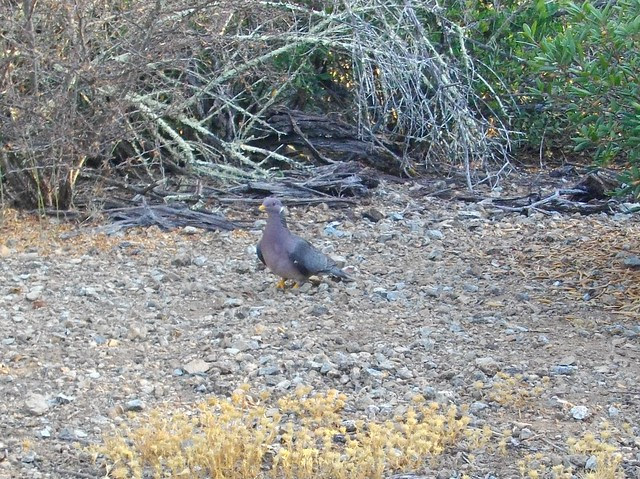 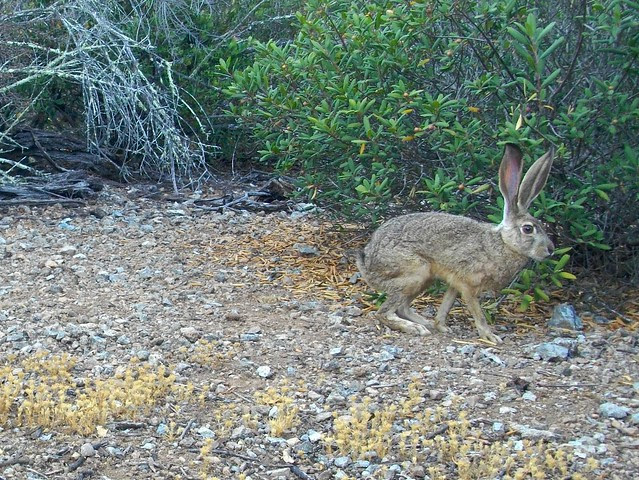 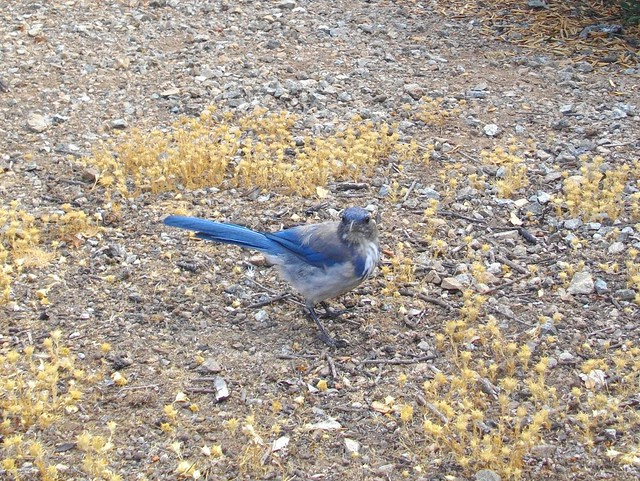 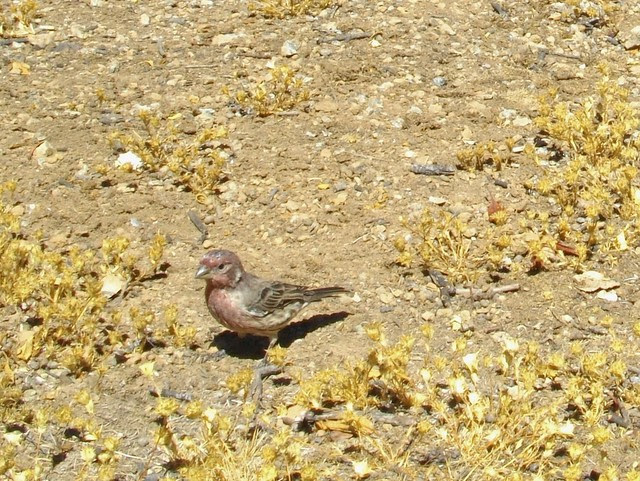 Diseases can crush an immune system and enable other afflictions, but diseases in bobcats aren't all that common. They can get the Rabies virus, but animals generally die far too fast from it to develop mange. And if there was a slow-acting disease going around, would we be seeing healthy and sick animals of the same species in the same geographical areas?

That brings us to poisons. As we know from the Cal Condors, carrion eating animals can get lead poisoning. But as mentioned, bobcats don't really do carrion, such as gut piles, and definitely not in the amounts needed to get sick enough from lead to get Notoedric mange.

Pesticides and herbicides can wash into water sources and also cause wildlife sickness. But that shouldn't be as here-and-there in the species affected. I would think something in the water would be seen much more uniformly across the rabbits, hares, woodrats, and birds, as well as the deer and coyotes living coincident with the affected bobcats. 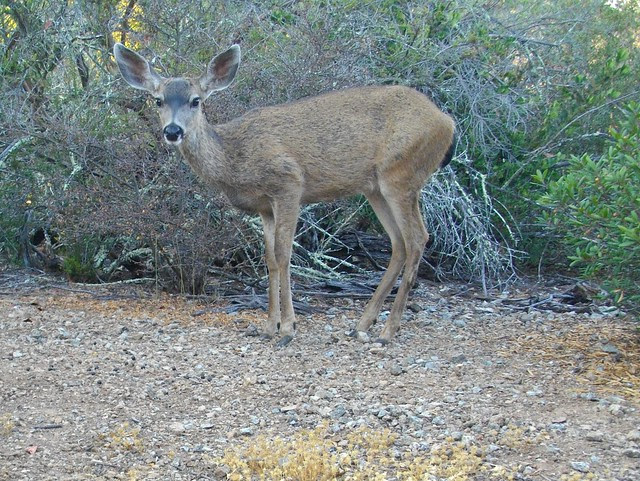 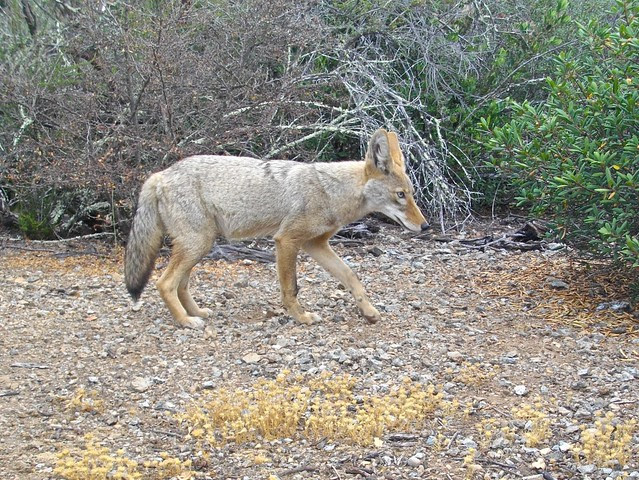 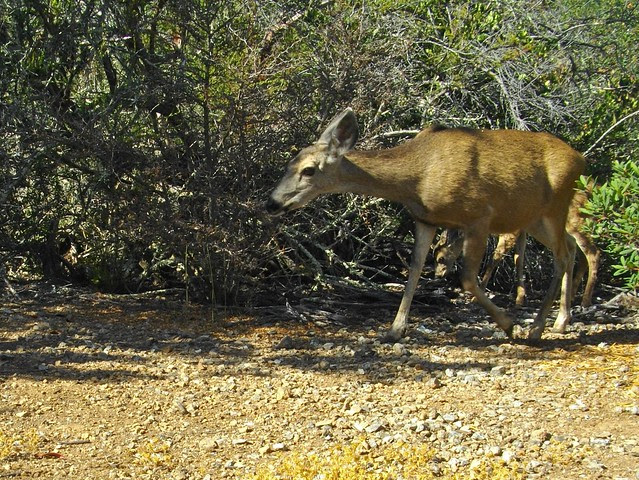 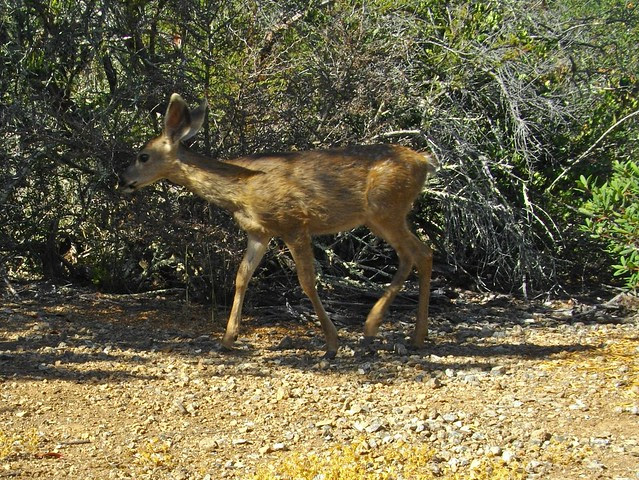 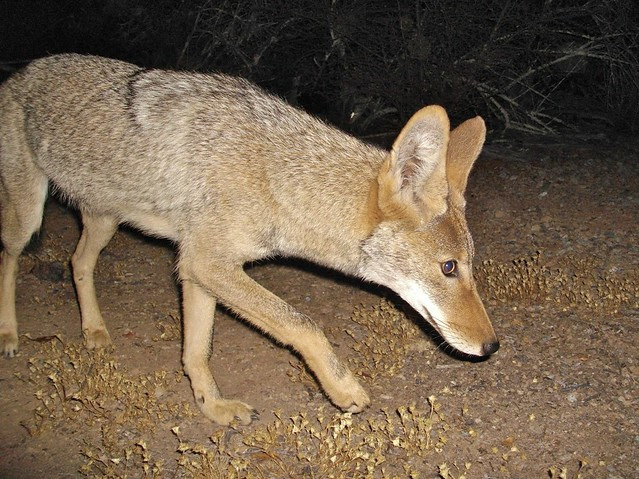 No, not disease or standard poison sources. The best fit for what's happening to this bobcat and others in the Santa Cruz Mountains is a problem being seen elsewhere in California - secondary rodenticide poisoning. Seems that Notoedric mange in an area's bobcats may be a key sentinel.

It appears that the rodents eat the poison, and while it's acting on their system they wander off and get caught or found freshly dead, and then eaten by the local bobcats, coyotes, foxes, raptors, snakes and even pet dogs and house cats. If the rodent is still heavily poisoned, and the finder small, such as an owl, cat or weasel, the anti-coagulants can kill an eater pretty quickly. But bigger animals, such as bobcats, are heavier and hardier, so it requires more exposures and time for full impact. The bobs catch a poisoned rat here, a freshly dead-by-poison mouse there, etc., and the anti-coagulants slowly build up in their liver and systems. Making them sicker and sicker, leading to immune suppression and Notoedric mange and...

"Ranger - why is there a hairless sick bobcat lying on the trail?"

And it's only seen in certain animals because those happen to be the lucky individuals with home ranges in the contact zone of human habitation/cultivation where the rodents might be running into these harsh rodenticides. Bobcats living well away from those areas rarely show mange.

Personally, I've always been wary of pellet poisons. Even for snails, and even with special dispensers. I just always wondered what else might eat the pellets or poisoned snail or rat. The chain of custody is just too weak for my tastes. But I've never had really tough pest problems.

Yet I also know that when people buy stuff like this, they also kinda expect that the safety and impacts have been more researched and sorted out. When you hand someone a gun it's generally polite to say "don't point that end at your face."

However, just the marketing blurb on the product box should give one pause:

May consume a lethal dose?

And if they don't?

And where is the rodent during those 4 or 5 days? Or thereafter?

Perhaps there are other/multiple root causes of the Notoedric mange and death of these bobcats and the other wildlife that often eat small rodents in the Santa Cruz Mountains. But seems to me the evidence from here and elsewhere in CA is more than worrying enough to suggest that these pellet-style rodenticides are too risky and unknown to be sold and used so casually.

I.e., it might be time for us to draw a red line when it comes to the use of these chemical weapons.

In fact, the California Department of Pesticide Regulation wants to do just that. The proposed new restrictions on SGARS are posted and open for public comment until October 4th 2013.

If you're associated with any wildlife and conservation groups, parks, agencies, or like in California, you might see if they've sent a letter on behalf of the organization to the CA Dept. of Pesticide Regs in support of the restrictions. I've also included a bunch of links below from other good orgs, blogs and newspapers working and reporting on the issue.

Also, please let me add - if you see a sick/mangy animal in a park - stay away from it and be very, very careful. Compromised animals can be unpredictable and dangerous.

If my pet eats the rodent bait, could it die?

d-CON: The risk to your pet depends on what type of pet it is, how big it is, what type of bait it has consumed, as well as how much bait was consumed.

If my pet eats a dead rodent that may have eaten the rodent bait, will it die?

d-CON: The potential of any secondary poisoning depends on what type of pet it is, how big it is, what type of bait it has consumed, as well as how much bait was consumed.