Fire in the Sky

No, I'm not referring to the Russian meteorite.

My fireball was much smaller.

Yesterday, for my Valentines Day, I almost took an amorous Allen's Hummingbird in the face.

I was near the coast, exploring some excellent maritime chaparral, and as I sidled in to get a macro of a lovely pink-flowering currant - in comes an orange lightning bolt.

Within 12 inches of my face.

This was a surprise for two reasons - one, that I was almost bird-brained, and the other - that Allen's are back in town. Unlike Anna's, Allen's don't reside in the Santa Cruz Mountains, but only visit each spring to nest. So their return is always a treat.

And it also meant his fly-by was, of course, hummingbird-speak for "back off jack - that's my bush."

Now, you wouldn't think an Allen's would view a lanky human like me as much of a threat.

But I don't think it was me he was after. I believe his territorial fury was aimed at my Panny point-and-shoot, which, as you can see, has a metallic-orange color remarkably similar to Allen's own. And thus could be mistaken for a competing male. 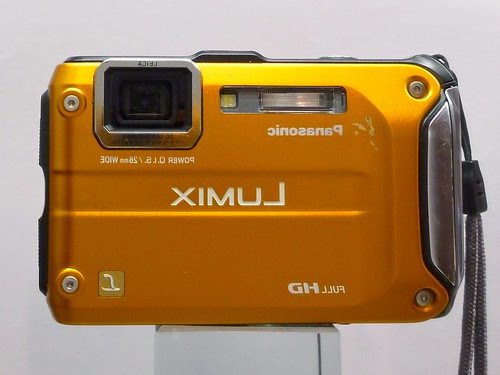 Unfortunately, I didn't have the right camera for chasing birds yesterday, so couldn't photograph the little devil. But, I have enjoyed Allen's with a long lens several times in the past. So here's a few photos of another fine fellow from a couple of years back to commemorate their return, and allow a color comparison. 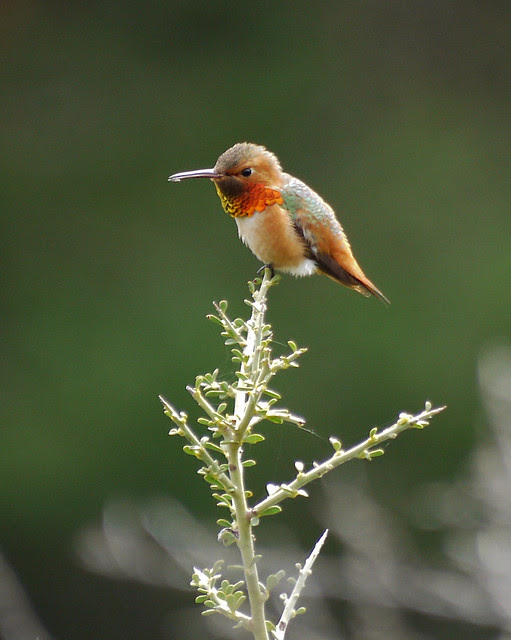 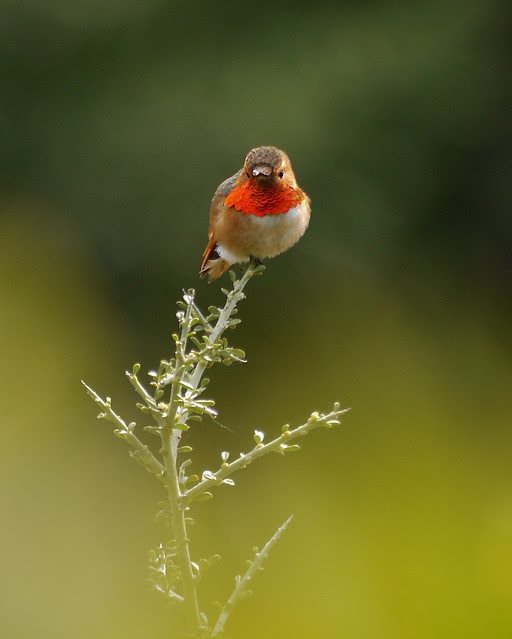 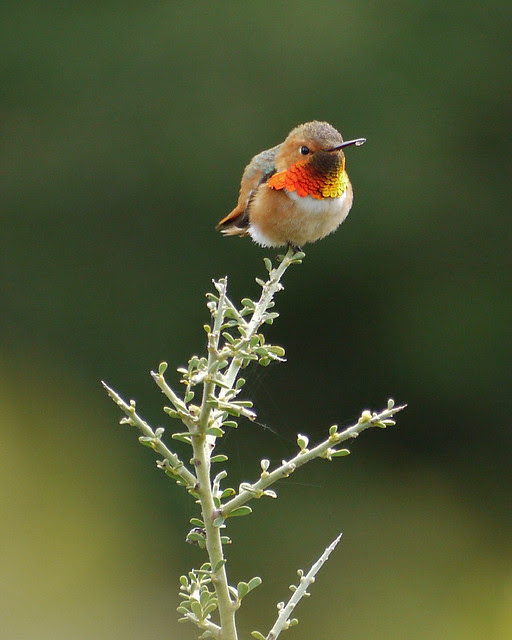 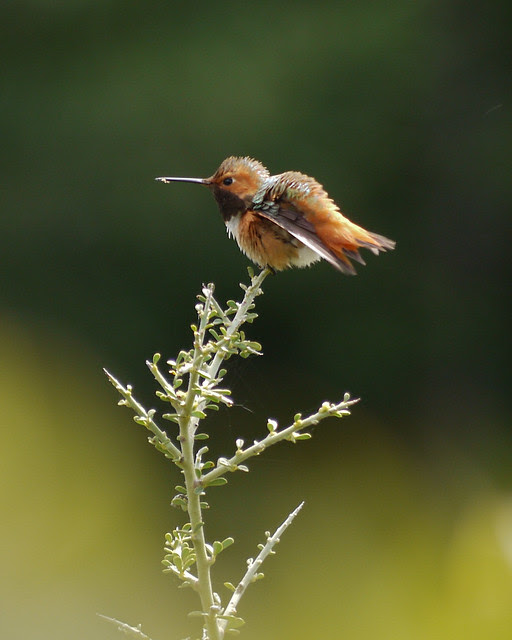 "Come back again and I will ruffle my feathers at you a second time..."

And here's those native pink-flowering currants. Well worth fighting over. 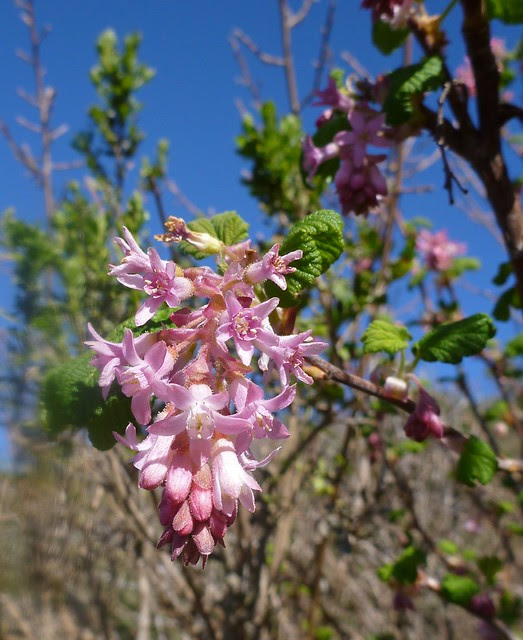 And that nice northern California coastal scrub, aka maritime chaparral: 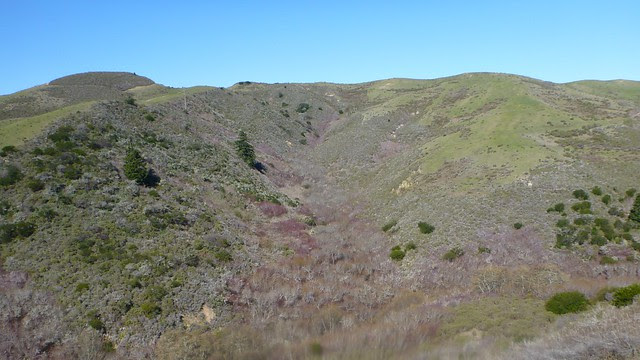 Ah - spring in the Santa Cruz Mountains. The grass is green, and there's fire in the sky.