When the weather outside is wet and cold, and the flora all but dormant, I often turn my eye and nature-studies towards the winter wildflowers. Aka - fungi.

I also recommend you skip the little white mushrooms and the little beige mushrooms, too. They're just too frustrating to sort out while you're getting to know the lingo and key characters for IDing all the amazing kinds you can find.

Plus, you can return to them if you run out of the easy to ID, interesting and unusual species.

Which in the world of fungi, can nicely take a long time. California has over 600 species.

As an example, here's a sampling of the interesting and unusual I've seen in the Santa Cruz Mountains over the past few years.

Let's begin with a real weirdo. I give you Bird's Nest Fungi, Crucibulum laeve. It grows on decaying wood, bark, pine cones and like. Each "egg" is full of spores and typically gets splashed out of the "nest" by raindrops. They then dry, pop, and distribute the spores around the area. 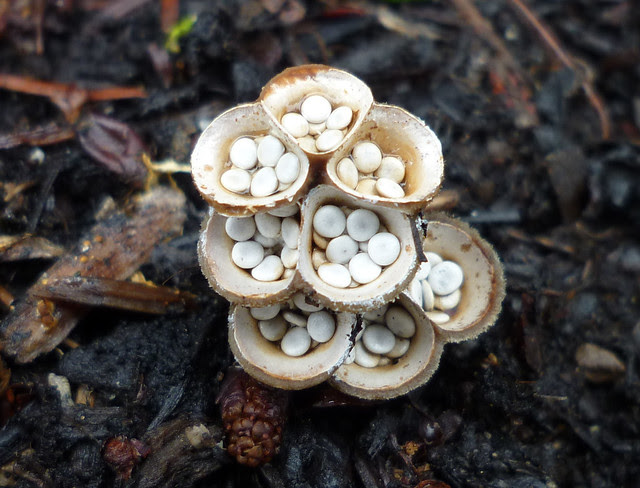 But you don't have to just look for weirdos. There are many traditional stalk-and-cap species that can be unusual and interesting too. Both in color and names... 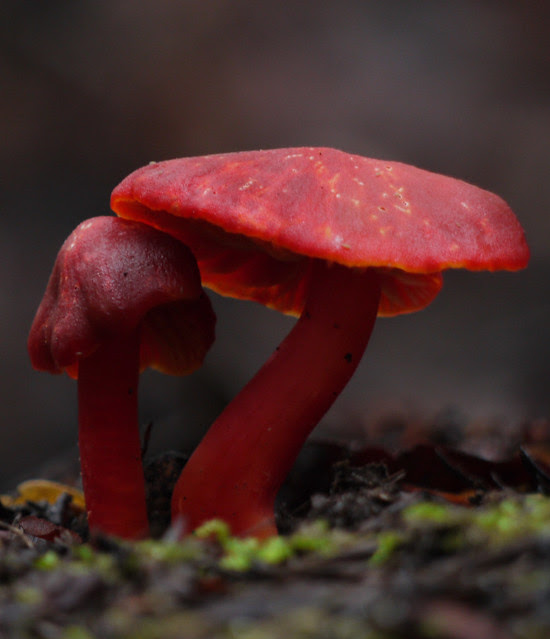 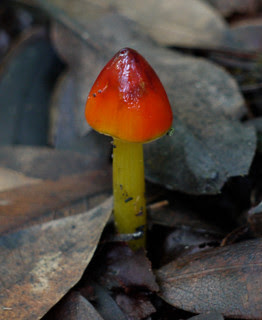 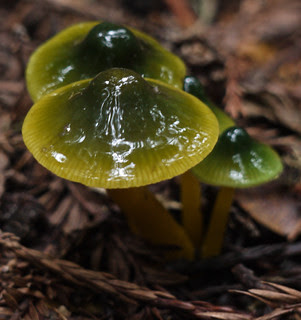 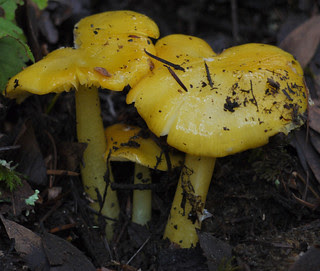 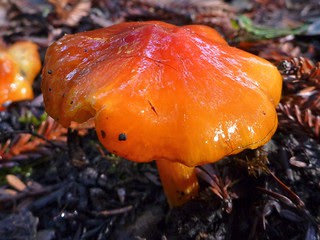 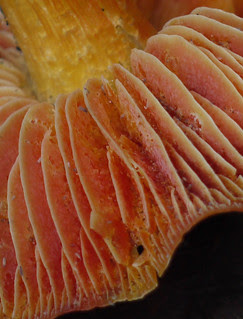 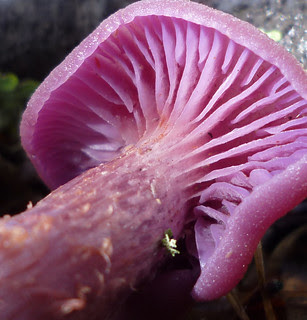 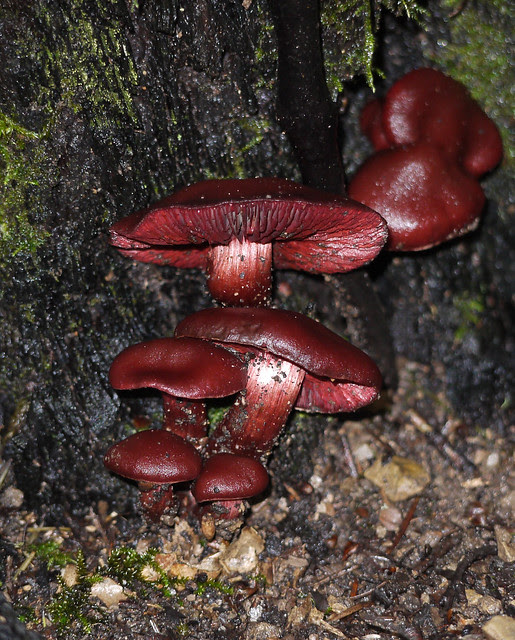 Btw - you might think bright red and orange colors would indicate poisonous species. But not so much. At least to us. In fact, most of the beauties above are supposedly edible or only mildly upsetting. The latter meaning you may also find them in the world of fungi medicine - as laxatives.

Btw2 - the above panoply shows why many mushrooms make great fabric dyes.

Some species do succumb to visual stereotypes, such as this monster poisonous bolete: 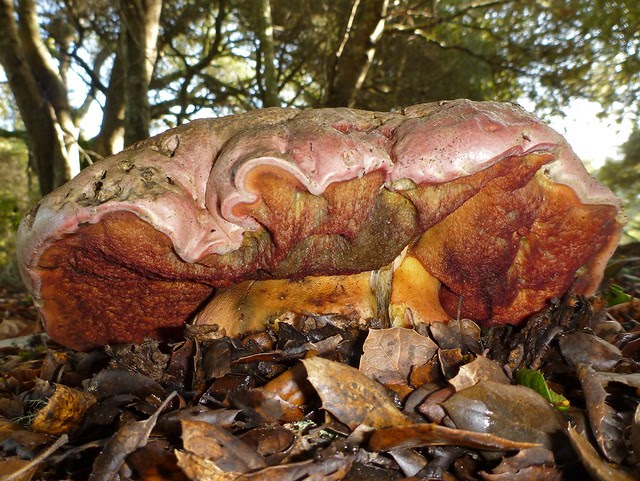 Stepping away from that traditional shape again, they can get bizarre fast... 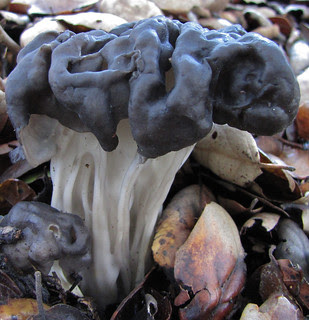 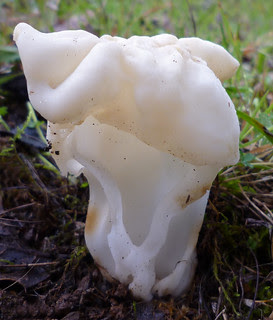 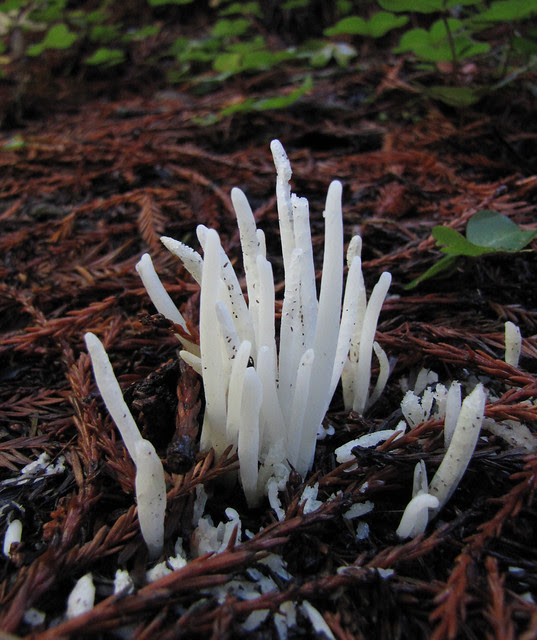 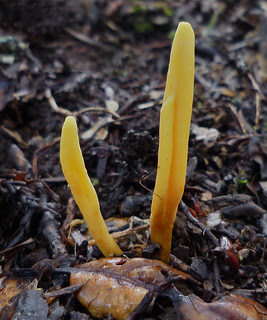 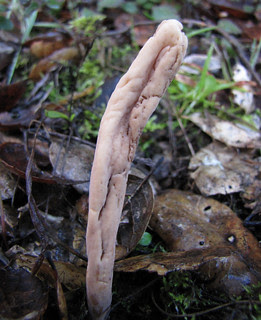 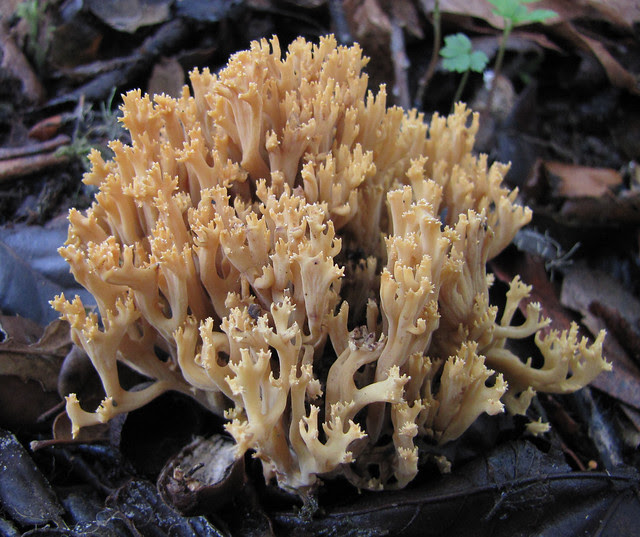 Cups, ears and peels are some of the coolest and most colorful. And with names like scarlet cups, orange peels, and wood ears, they too have some character. 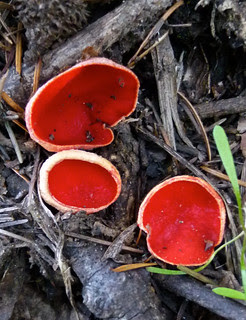 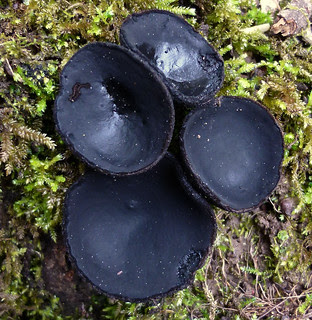 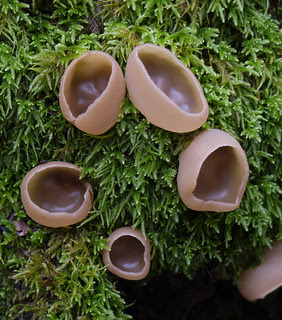 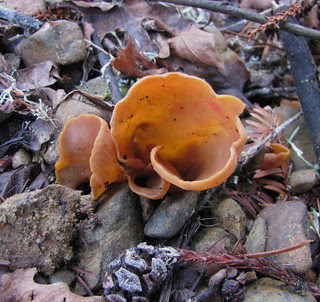 Wood Cup Fungus, Peziza repanda, and a Wood or Donkey's Ear of some kind 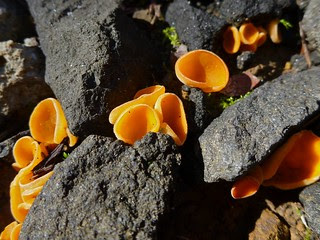 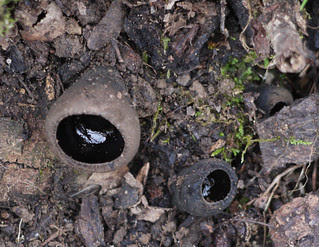 And then there's puffballs. Some as big as your head, and others looking like eyeballs. And, surprisingly, many are edible. But I'll just have to take their word on that. 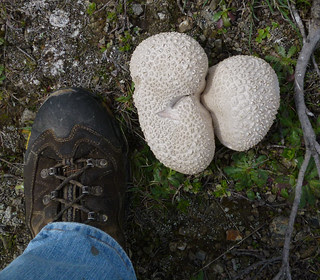 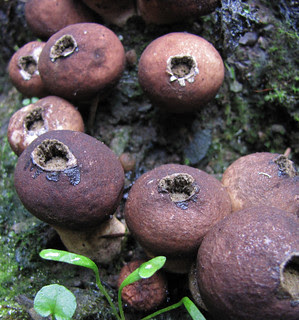 Jellies are also fun finds. Some, such as Witch's Butter, are actually parasitic on other fungi. 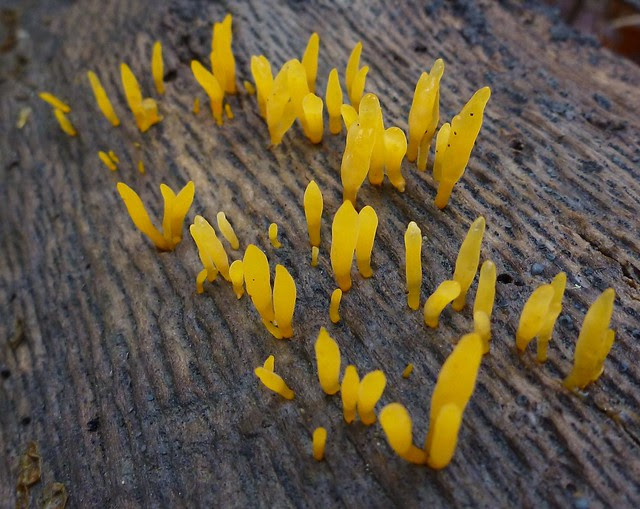 Staghorn Jellies, Calocera cornea, growing out of a madrone log 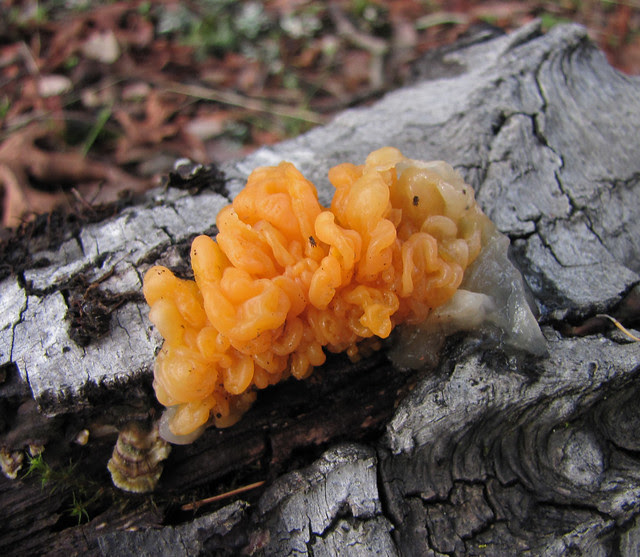 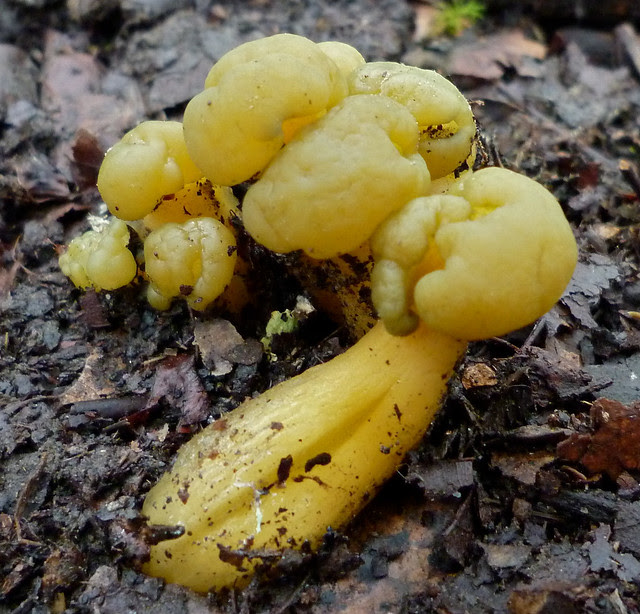 And how about this fractal beauty? 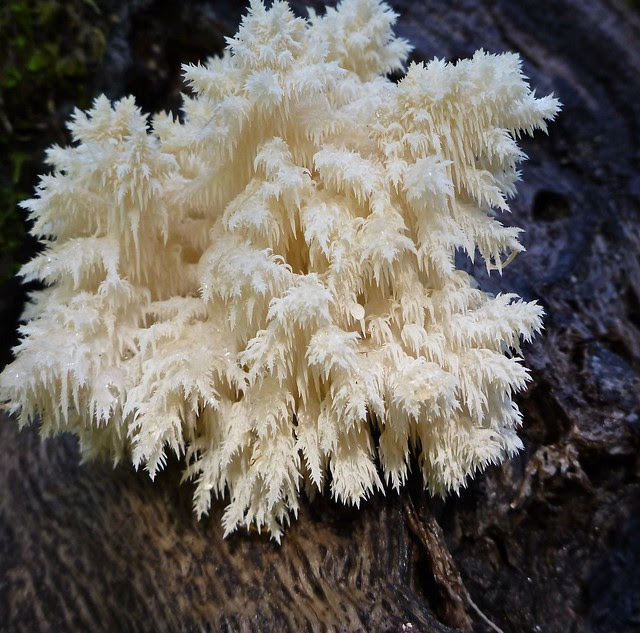 So get yourself out and see some shrooms. It's easy. Just go in the days and weeks after good rains, and sample different habitats. Some species grow on the ground on leaf litter or tapped into live trees' roots, and others decay logs and like. They specialize to wood/tree types as well, so check out alder, oaks, madrone, manzanita, pines, spruce, firs and redwoods for different species.

But I don't recommend eating any. Unless you really, really know for sure. And even then...