Since they'll be shedding their antlers soon and heading back to the high hills, I thought it would be a good time for a round up of the black-tailed characters I've caught while camera trapping in the Santa Cruz Mountains over the last couple of seasons. 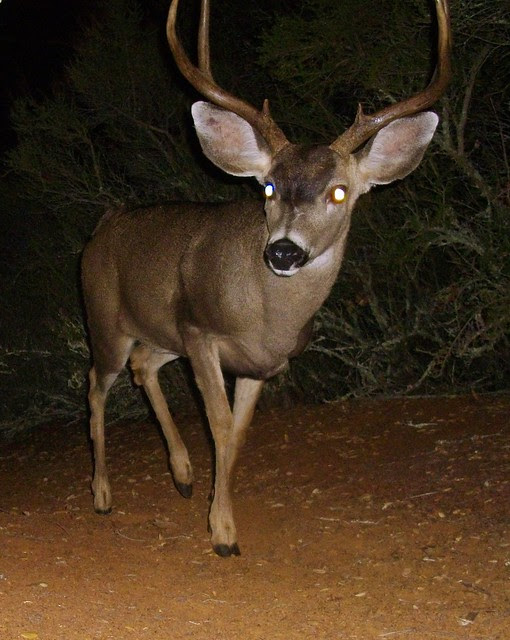 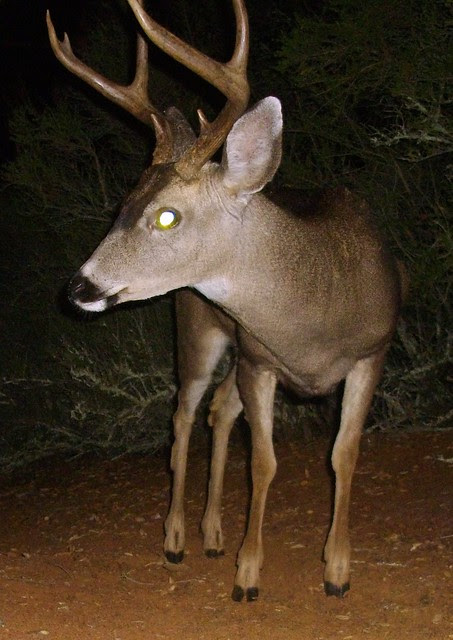 Deer antlers are incredible appendages. And - as I was so brightly told this past spring by a 12-year old prodigy naturalist who already knows the bird species in his backyard - "they aren't horns!" Correct young Muir - horns are permanent (and made of keratin, as is hair), and antlers grow and are shed each season (but there are species that keep them longer).

To pull off the accelerated cycle, they grow like a cancer - hormone-driven, cartilage-tipped tumors that ossify into living bone, and then end their explosive expression by dying. And falling off.

But this rapid replacement system does have weaknesses. Damage to a pedicel, poor nutrition, and changes to testosterone levels and like can cause abnormal growth. Sometimes for only a season, sometimes for every season. 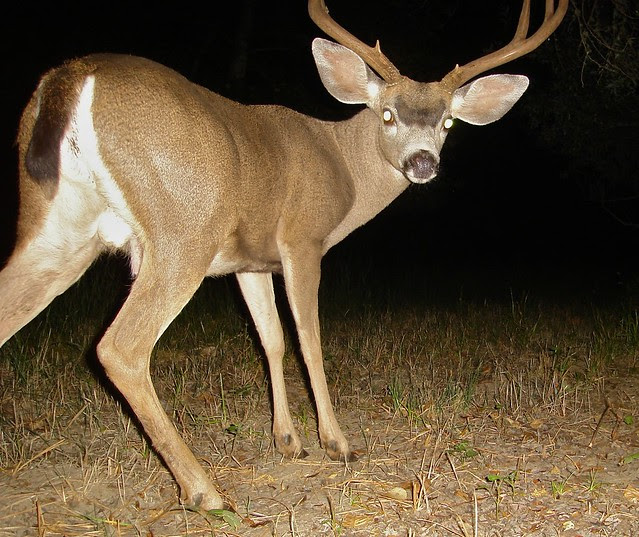 But this poor guy had a malformed antler and looks like he almost lost an eye for it: 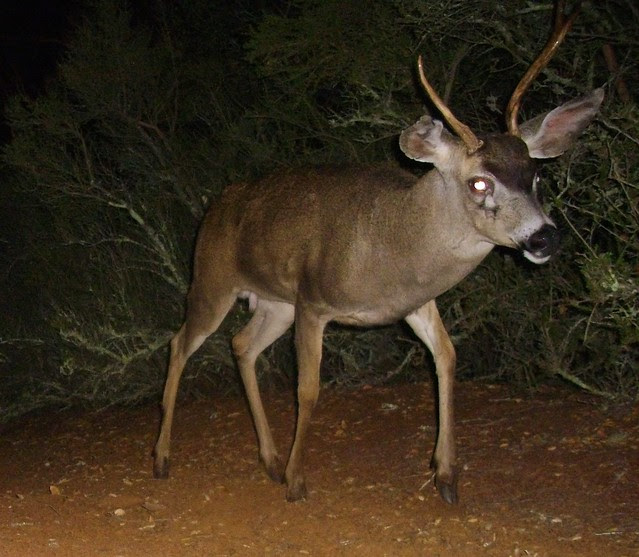 And this mule-faced boy has an odd pair - they give him a bit of an evil look: 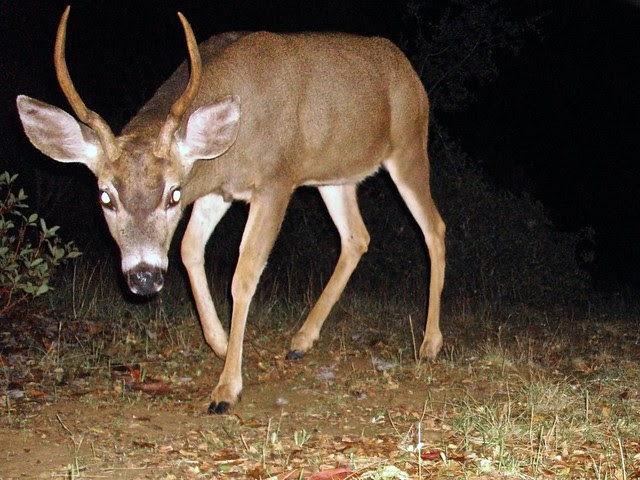 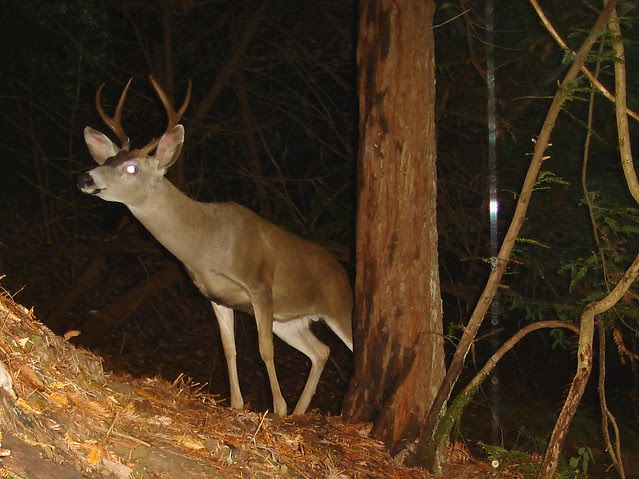 This little fella is just starting to nub out: And how about these antlers? Or are they just thick hairs?! The pedicels seem almost non-existent. Or perhaps it's just the camera angle. 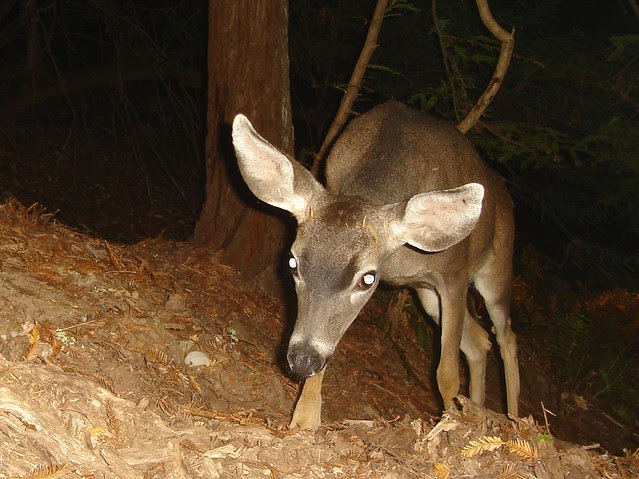 This young buck also had a tough season - pencil-thin antlers, one of them broken-off, and a leech or similar parasite on his left eye: 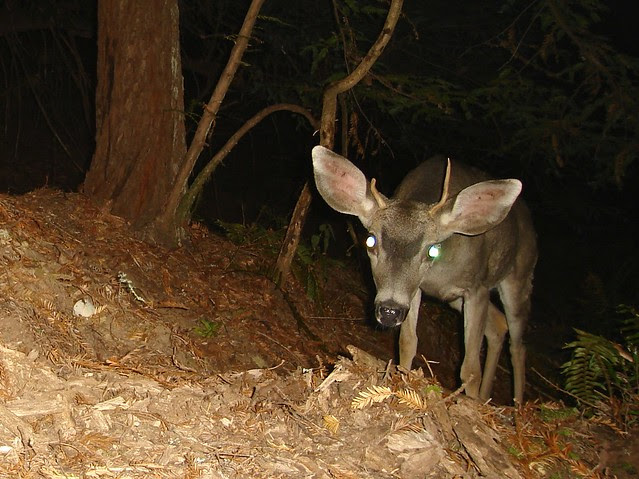 Not only does this character have sickle-style antlers, but check out that right front knee. Ouch. And his belly suggests he isn't doing a lot of running. Can you say lion chow? 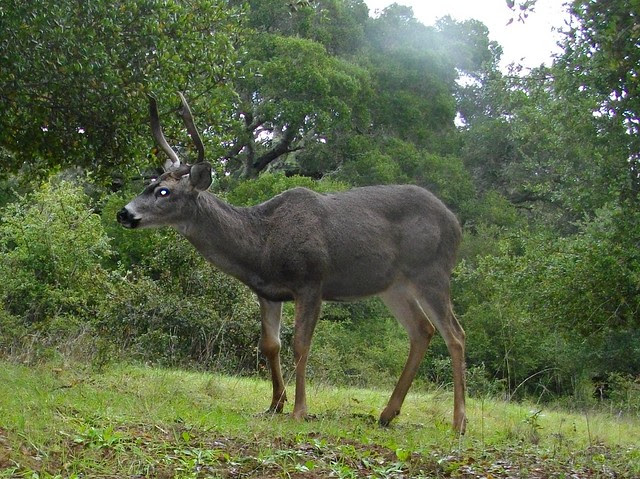 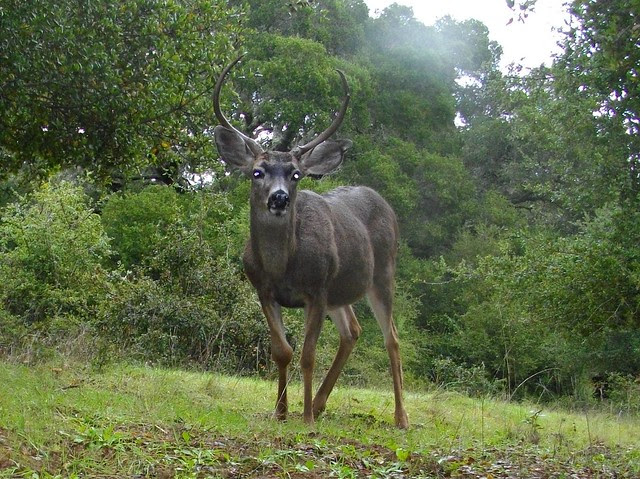 This wiry guy has some serious reach with his set: 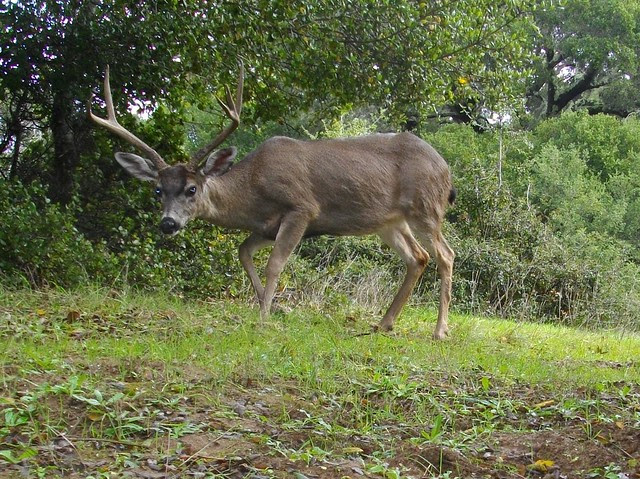 And this fella looks like he could be a younger brother to long-rack above: 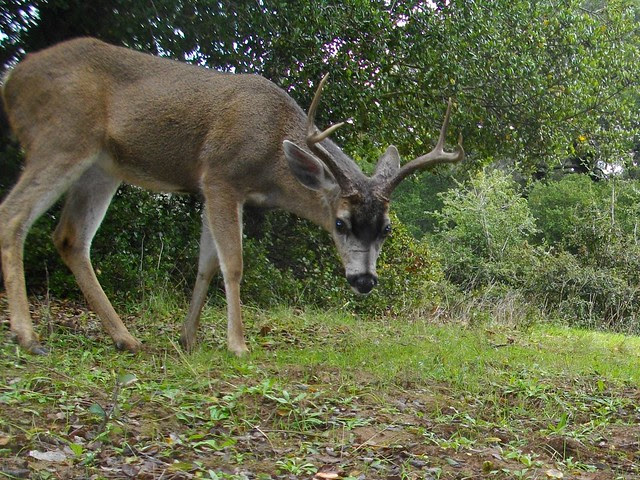 And finally, this big boy has a huge rack, but needs to be a bit more careful about where he walks. Note the surprised look on his face as the camera catches him stepping into a hole. 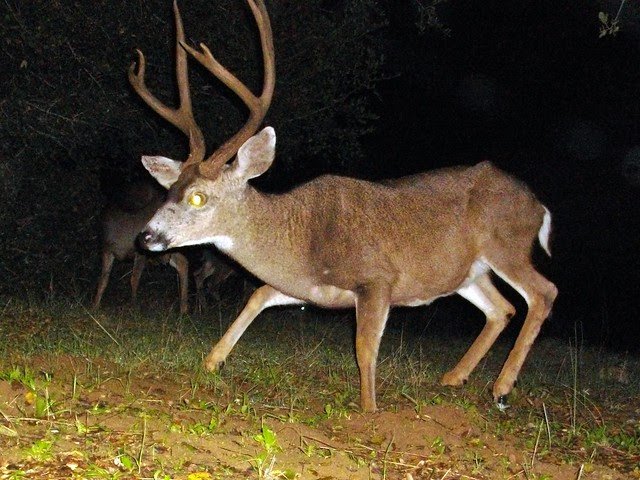 "Ah, crap. I hope the bucks and does don't see that photo."