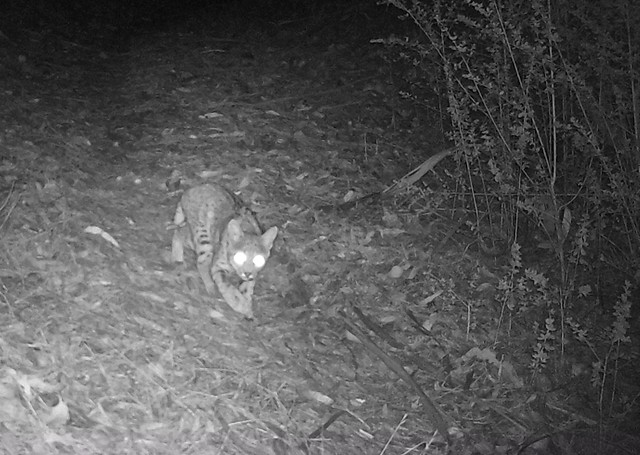 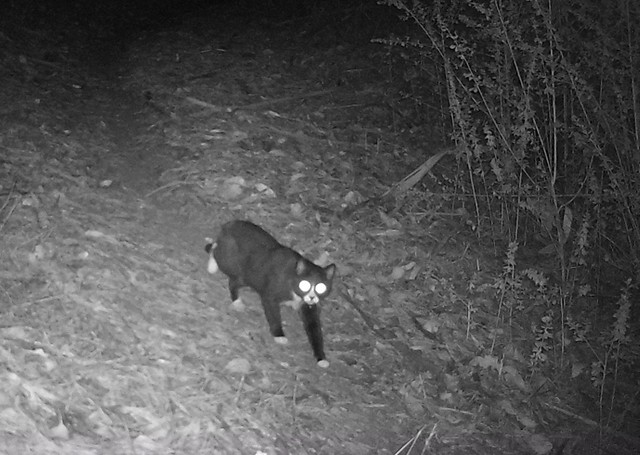 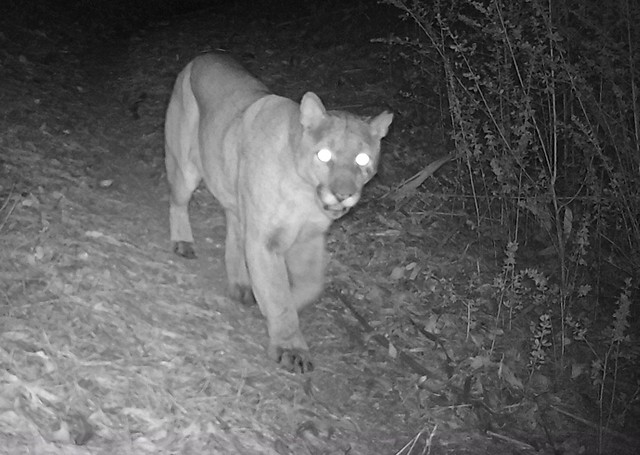 The 3 cat species that live in California, and, as you can plainly see, all small cats.

In the world of cats, there are actually only 2 lineages still extant - the Big Cats (Pantherinae) and the Small Cats (Felinae).

Both split from a common house-cat-sized ancestor, Pseudaelurus, about 10 million years ago, after Pseudaelurus had spread across the world from Eurasia to North America.

The Big Cats then generally got big, and today are the lion, tiger, leopards and jaguar.

And the Small Cats generally stayed small, and include the lynxes, ocelots, caracals, wild cats, bay cats and pumas.

The cougar just happens to be a Small Cat that got big. But in 1001 other ways, it's still the same as its Small Cat brethren, such as our domestic cats (including attitude!). Being Small Cats, mountain lions even purr just like house cats.

Did you know there's another Small Cat in the puma line still alive today that also evolved in North America, also got big, and is actually the closest living genetic relative to the cougar?

And while I haven't had the pleasure of seeing a cheetah in the wild, on a trip in the Okavango in 2007 I did see the wild relative that begat our house cat - the African Wildcat (Felis lybica): 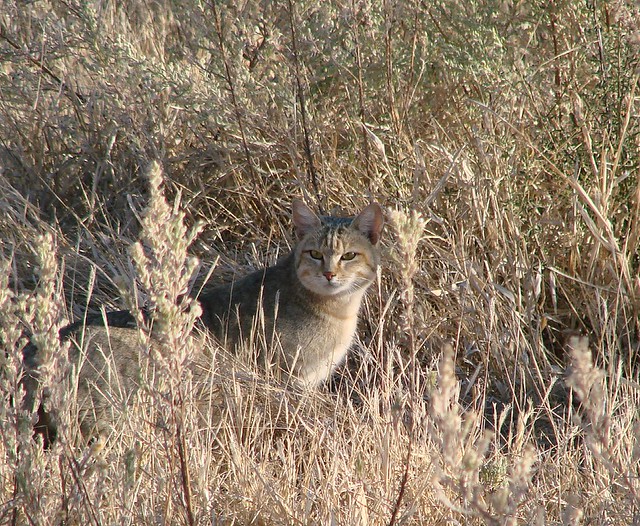