Owls in the Fox House

After the kit fox family flew the coop, a male burrowing owl moved in. 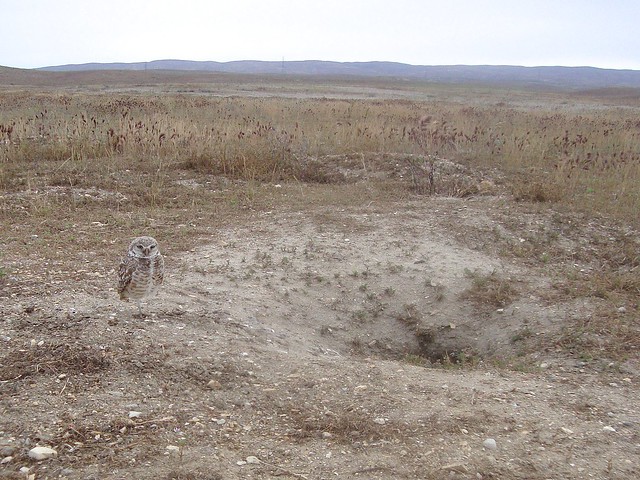 He even brought some kills back to the camera to show off his hunting prowess. 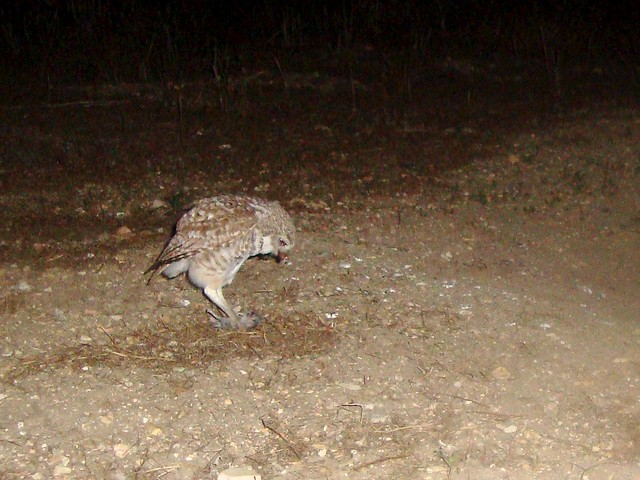 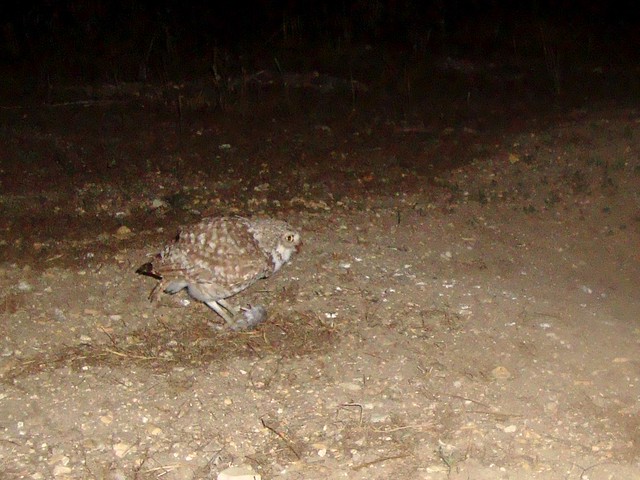 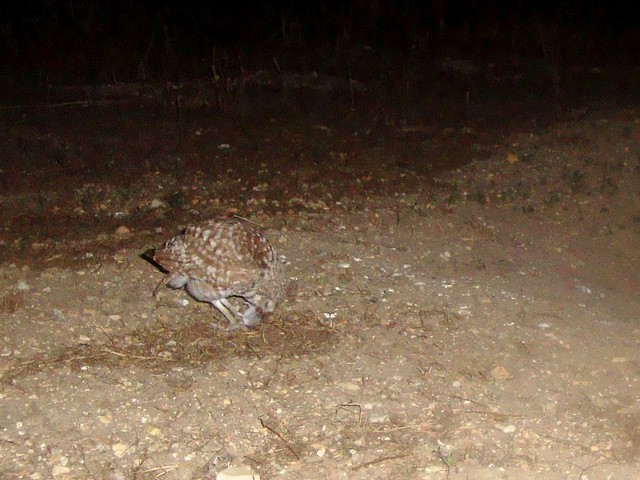 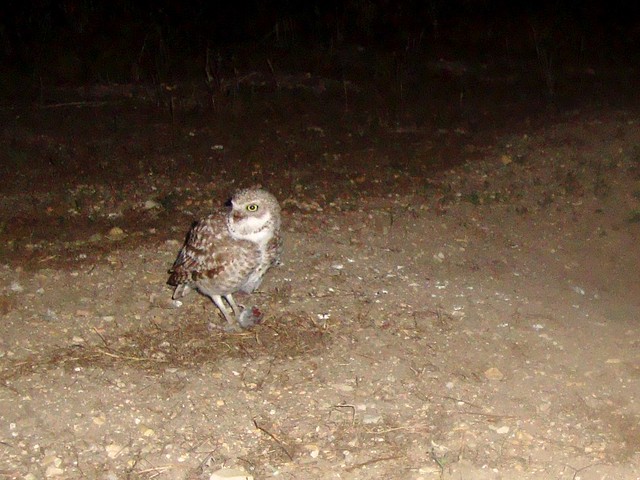 Burrowing owl chowing down on a small rodent 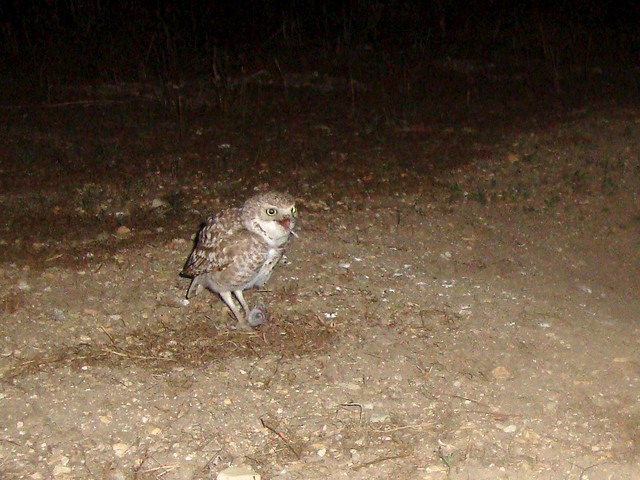 And then a female joined the fun. 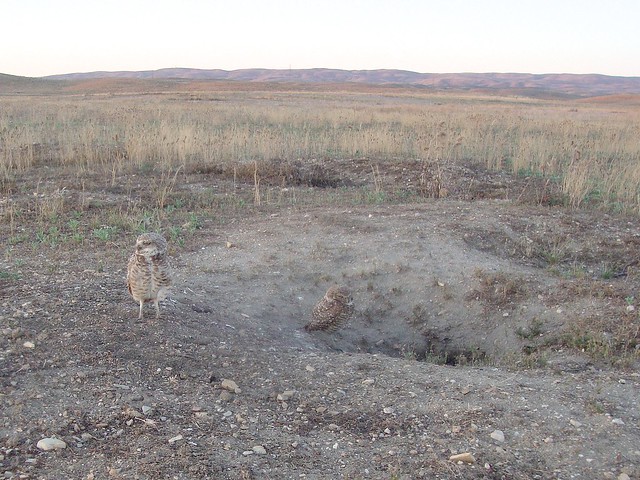 And by their behavior (already ignoring each other), they were likely starting a family of their own in the recently vacated kit fox natal den. 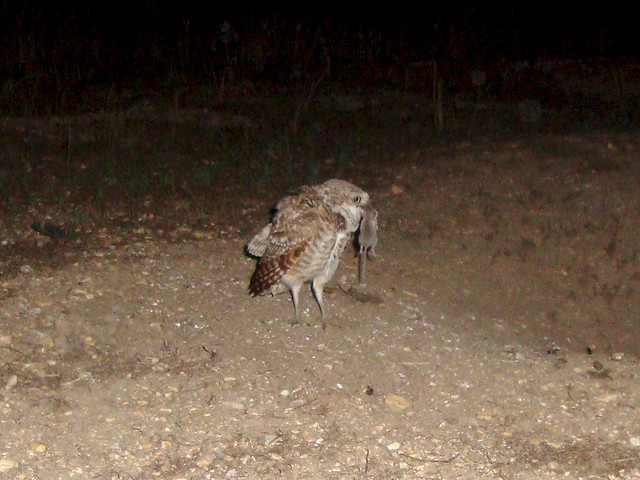 "Hey baby - daddy has a tasty juvie Peromyscus for you..." 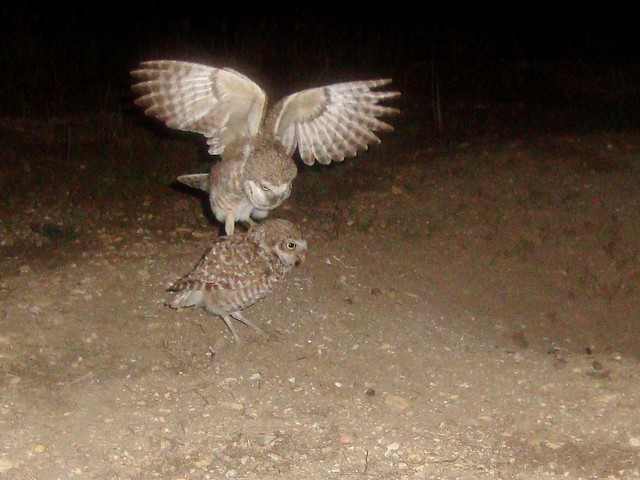 He'd regurgitate food for her on-demand... 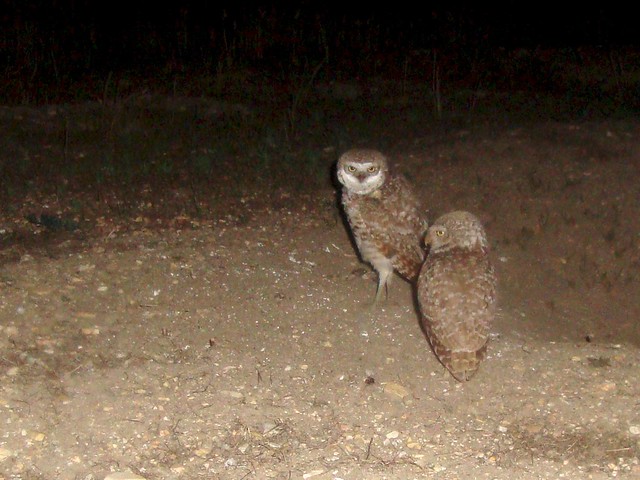 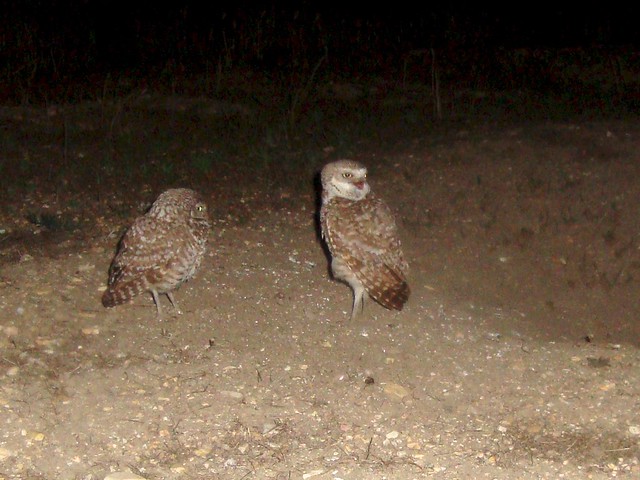 Checking to see if any of his friends are watching? 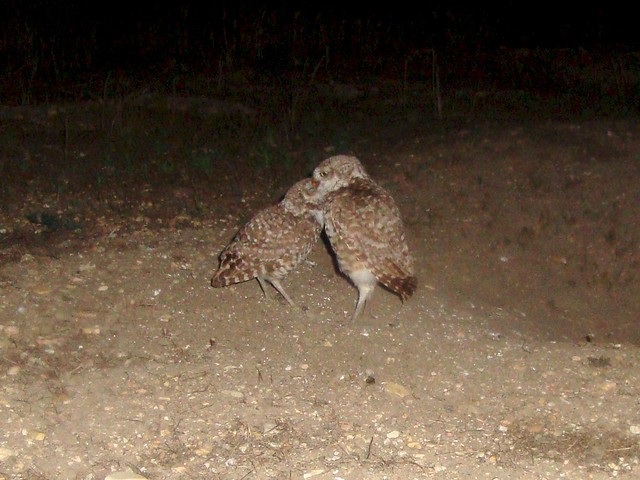 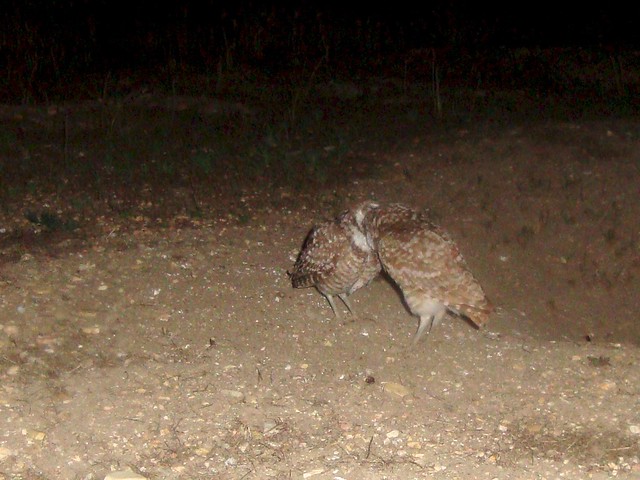 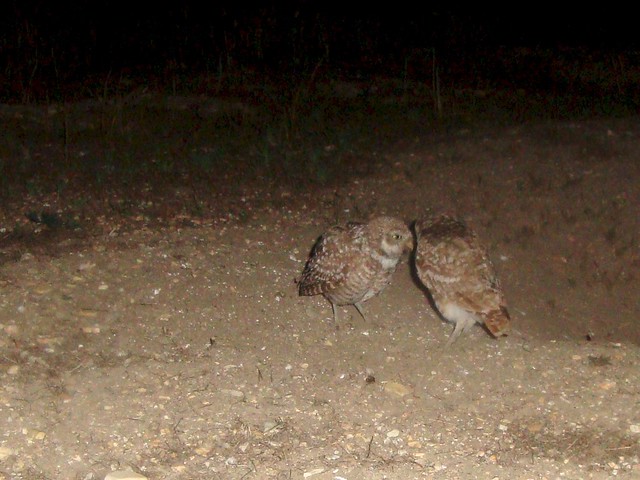 (btw - I'm glad us humans departed from this behavior)

And he defended her honor from the local thugs - ravens. 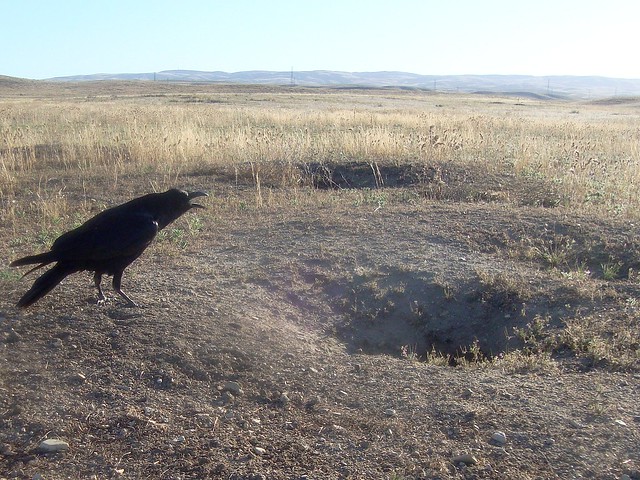 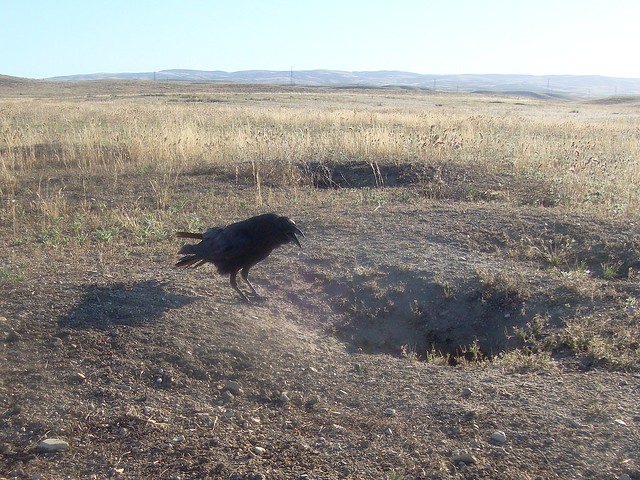 "Hey! Your protection payments are overdue!" 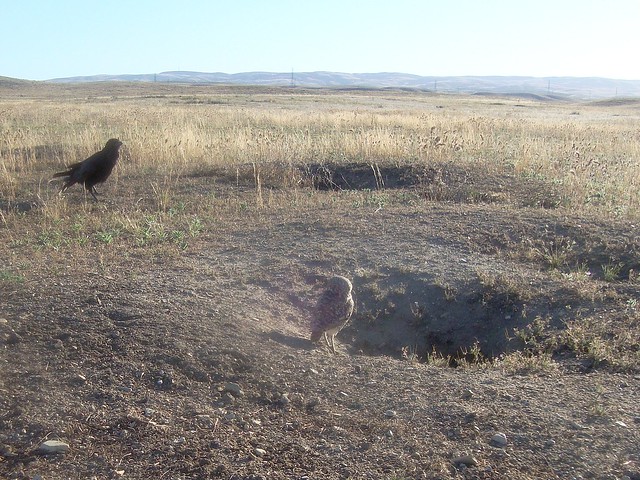 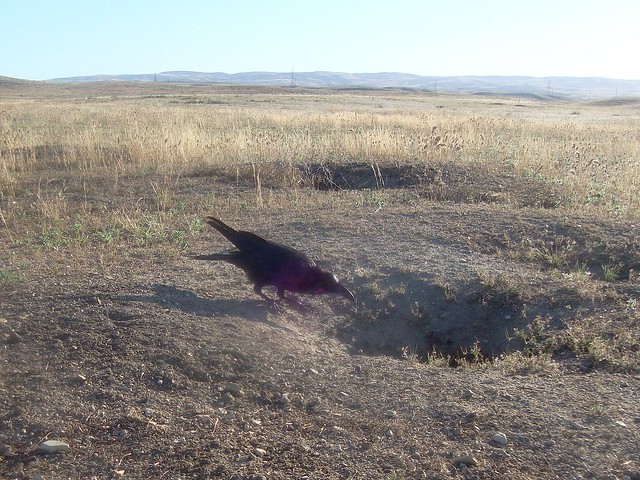 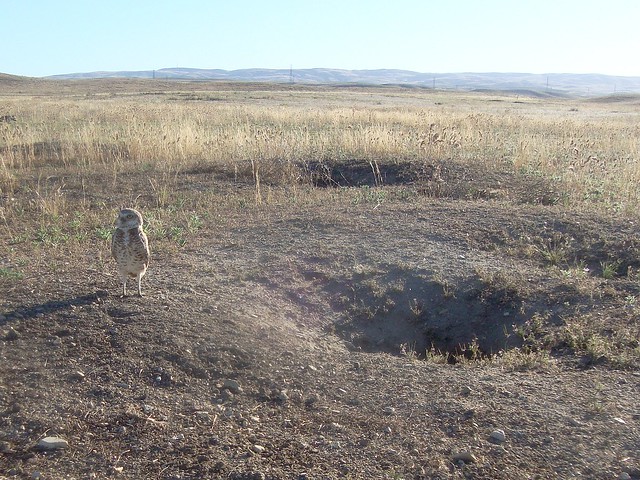 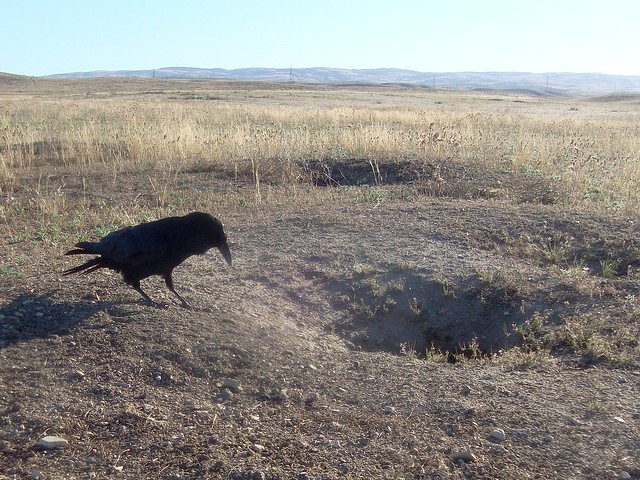 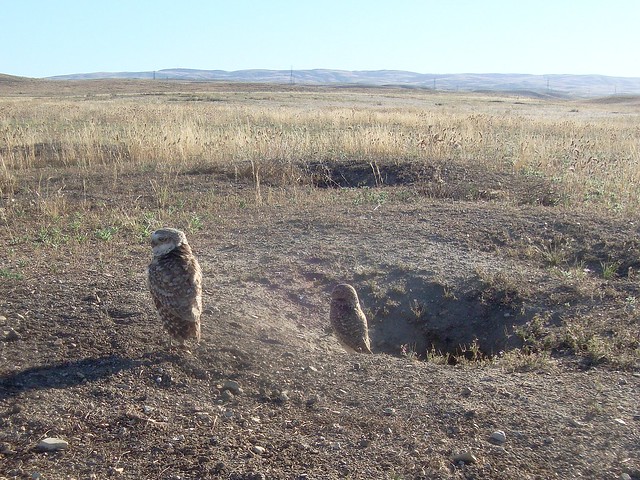 "What's all the fuss? Ravens again?" 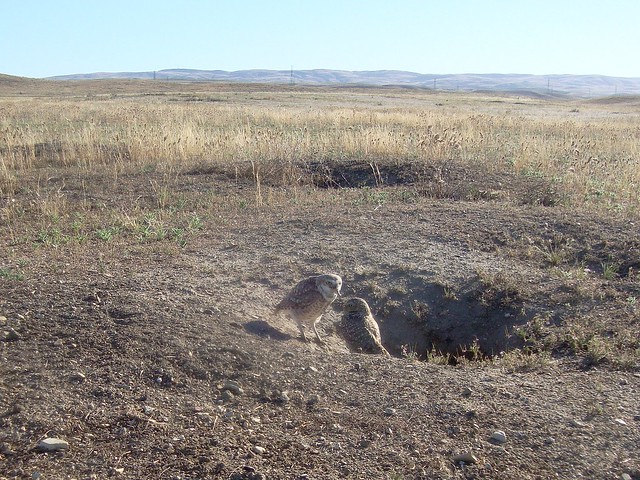 "Don't worry about them honey - here, have a snack"

Unfortunately the cam trap didn't catch any photos of the owlets. It shot out - taking thousands of photos in just a couple of weeks, instead of months.

Looking at the photos in sequence shows why - the cam trap became loose on its mount/post, allowing it to wiggle in the Carrizo winds, simulating scene changes and causing false triggers.

However, looking only at the cam trap POV, the reason for the loosening isn't at all obvious. No big animal bumped it. Was it the relentless wind itself? Or the nut at the end of the wrench (aka, me)?

No, when I picked up the cam, the scene of the crime told the tale.

The culprit's "fingerprints" were plain to see. 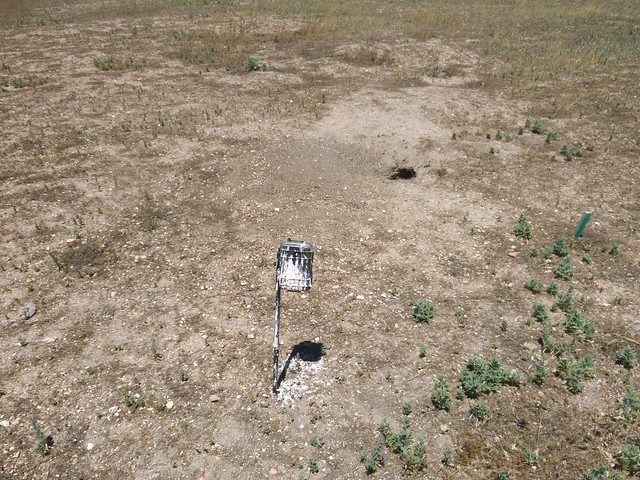 Do camera traps bleed in white? 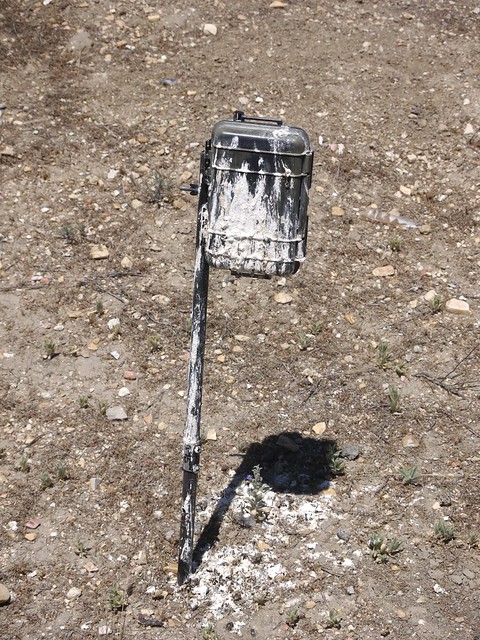 Note to self: next time, point a cam trap at the cam trap. And one at that cam too. And secure them all really, really well.