Back in the Bunny Zone

While my blog posting in 2015 may have been limited, fortunately, the wildlife activity at my various camera trapping study sites was not.

This post is April to June 2015, part 2 will cover the rabbits in July to October, and the finale will show the other sympatric species that live in and visited the pygmy's burrows.

The adage "April showers bring May flowers" was in good effect in 2015 in the western Great Basin, which defied the drought by catching east-traveling storms as they were diverted over the Sierra Nevada by high pressure ridging in the Pacific Ocean.

And that moist, mild spring carried well into summer, allowing the sagebrush and rabbitbrush to explode with lush growth. Which I'm sure the bunnies enjoyed thoroughly. 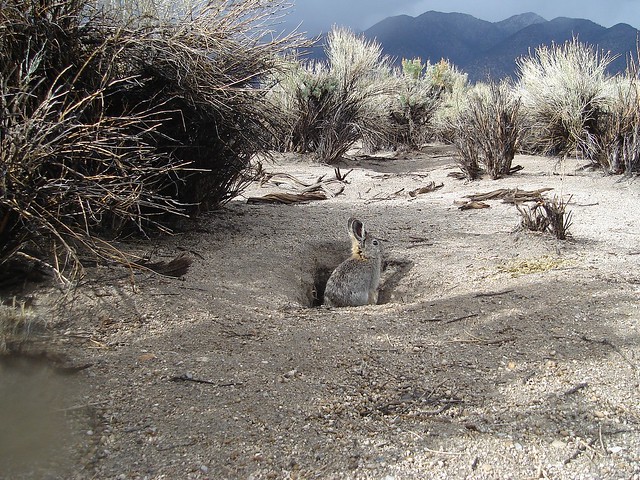 Pygmy rabbit, Brachylagus idahoensis, emerging from its burrow after an April storm 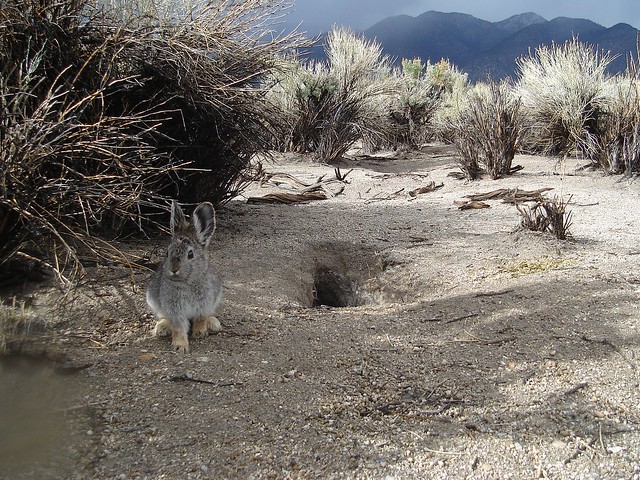 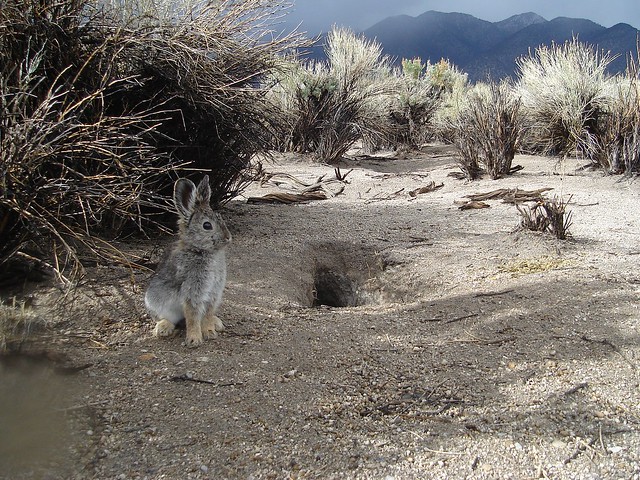 My inspection of the full resolution photos for details such as scars and ear notches suggests the burrow cluster is still occupied by the same 2 adult pygmy rabbits as in 2014. 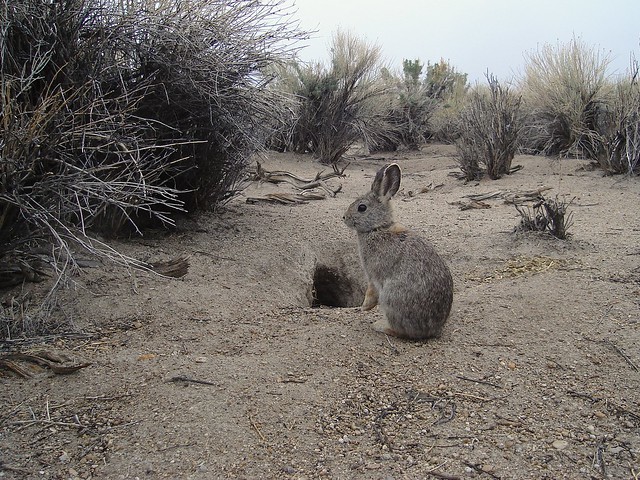 Pygmy rabbit on a foggy morning 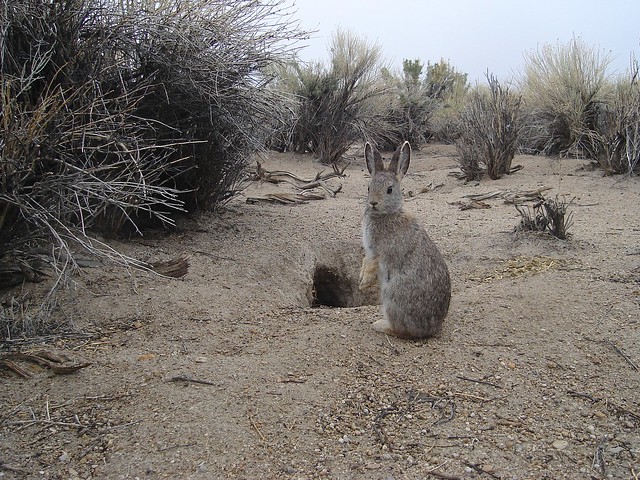 The one I think might be a male spent the most time hanging around the burrow entrance, and would even pop out in the middle of the night on occasion. 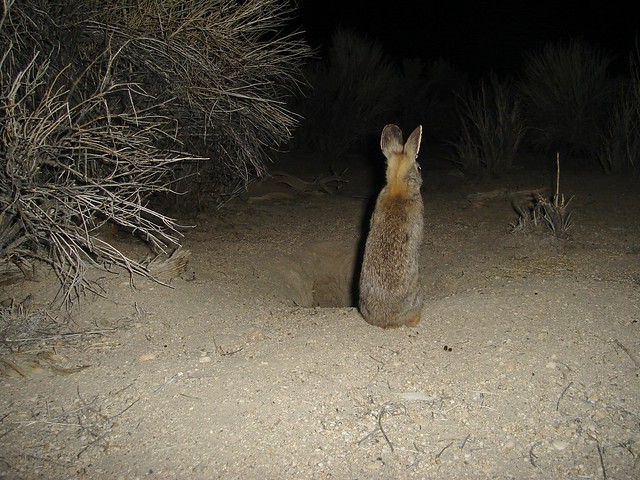 Pygmy out "listening to the dark" at 10pm 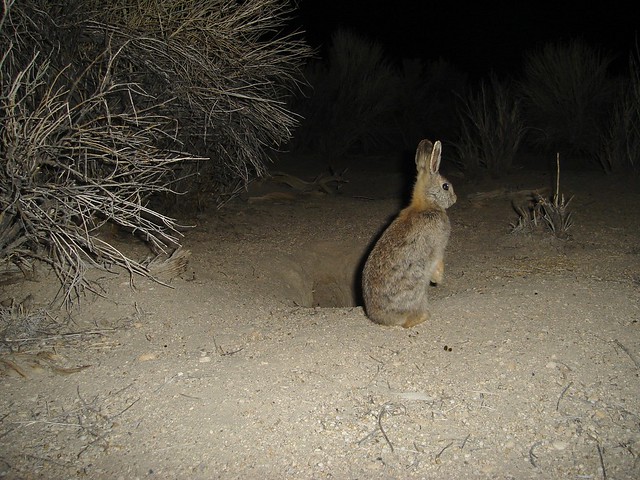 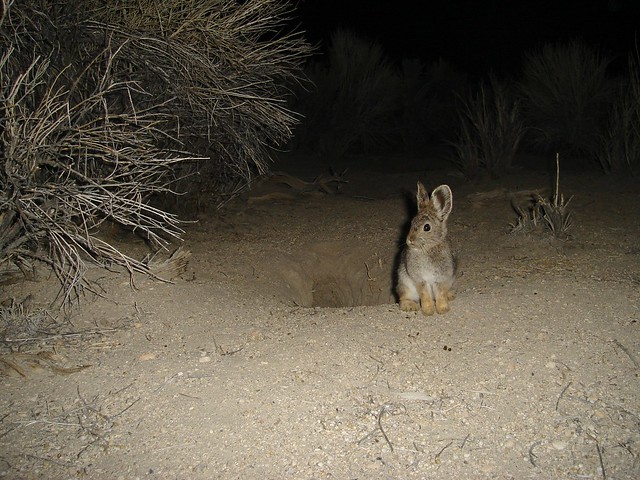 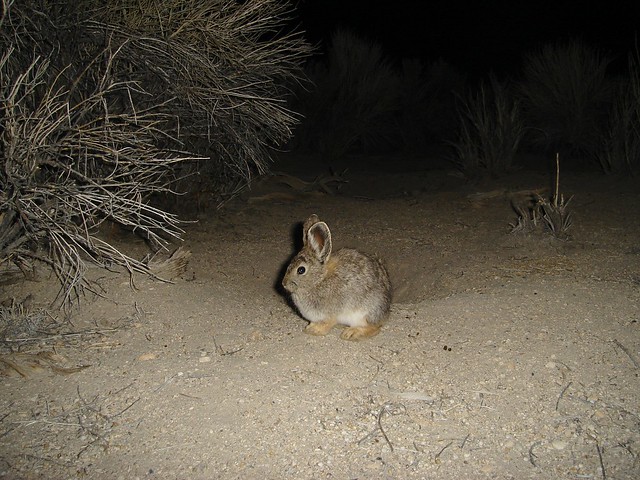 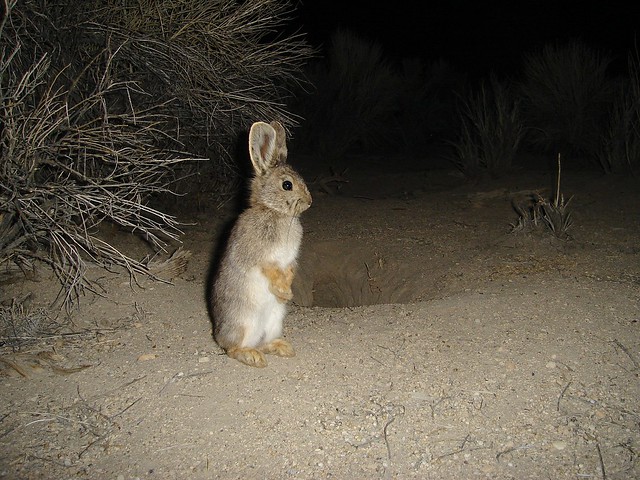 Pygmy out and about at 1am

Several times the pygmies did a bit of burrow digging. In this case after a mid-June thunderstorm. Also note all the fresh greenery on the sagebrush in the background. 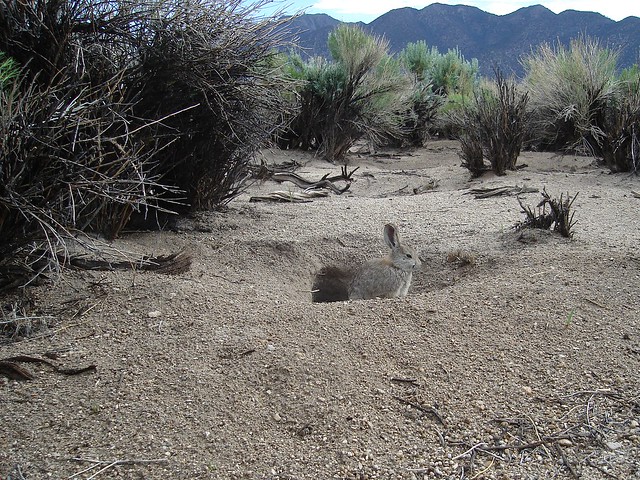 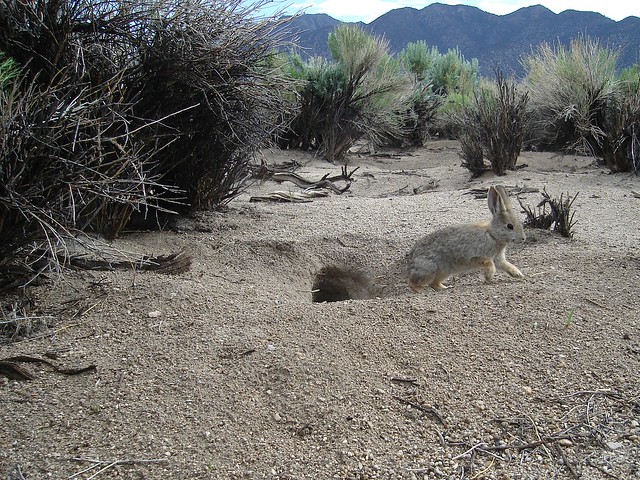 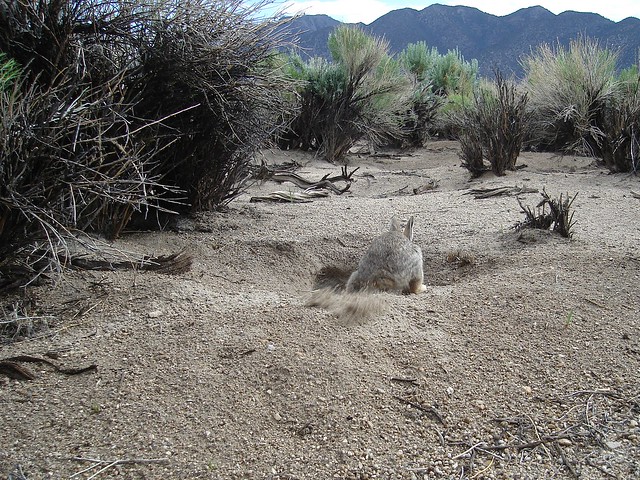 Pygmy rabbit digging at its burrow 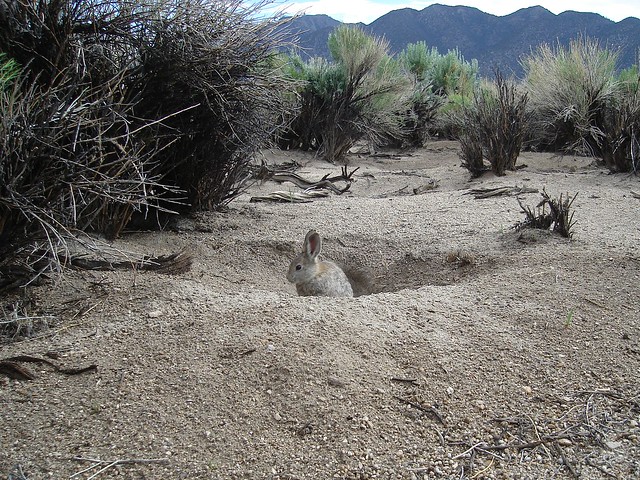 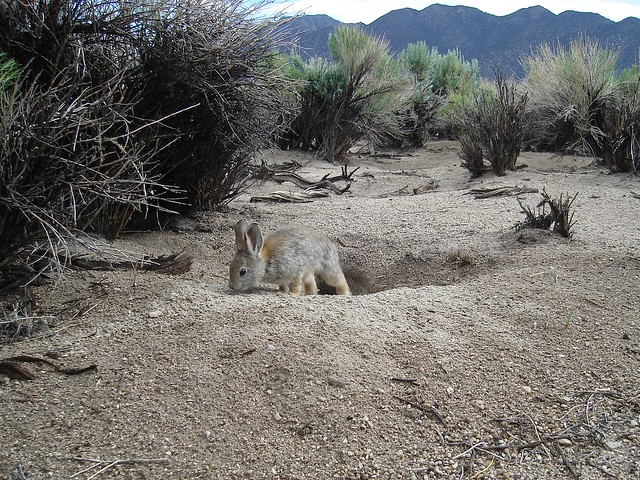 But often they just hung around and enjoyed the mild spring and summer on the sage steppe. 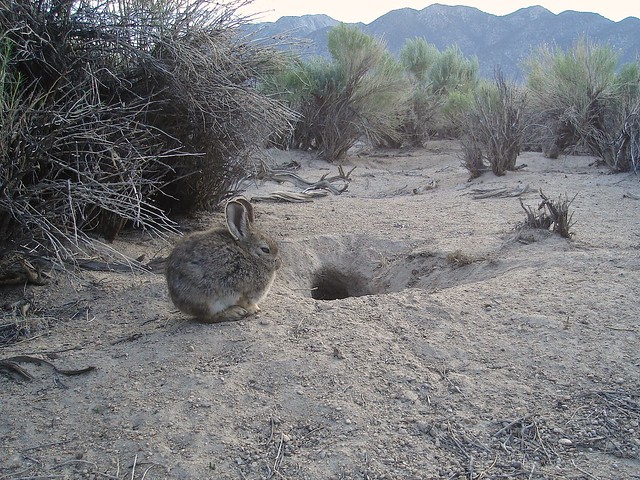 Pygmy rabbit hunkered down on a cold morning in late June