Here's a little cam trap ditty from the Santa Cruz Mountains for ya.

If you're a brush bunny, and your tummy is a rumblin' at midnight, where do you go?

You wander in to the "garden" and nibble a few of your native "roses," of course.

In this case the tasty Rosaceae is Chamise, Adenostoma fasciculatum, an infamously explosive shrub of chaparral fires in California and the West that's also called Greasewood. 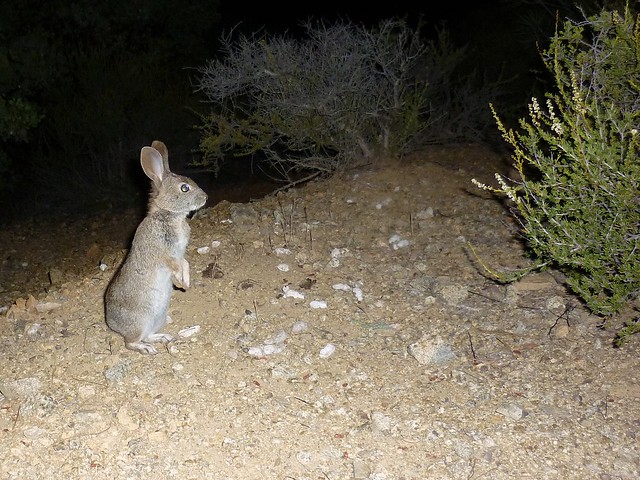 Brer Rabbit out for a midnight snack 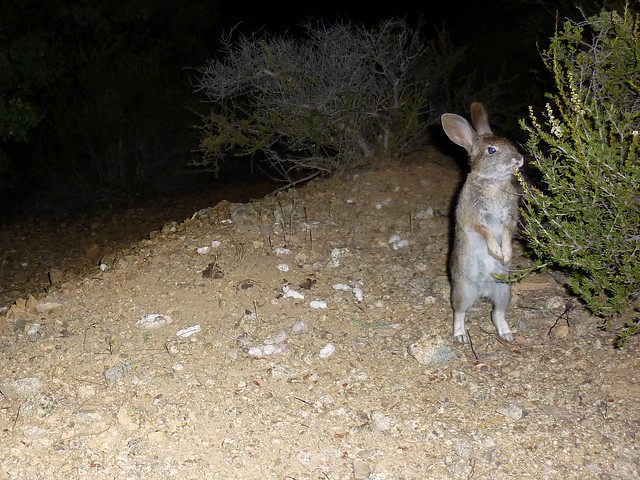 Like a giraffe, Brer Rabbit stretches for the freshest growth… 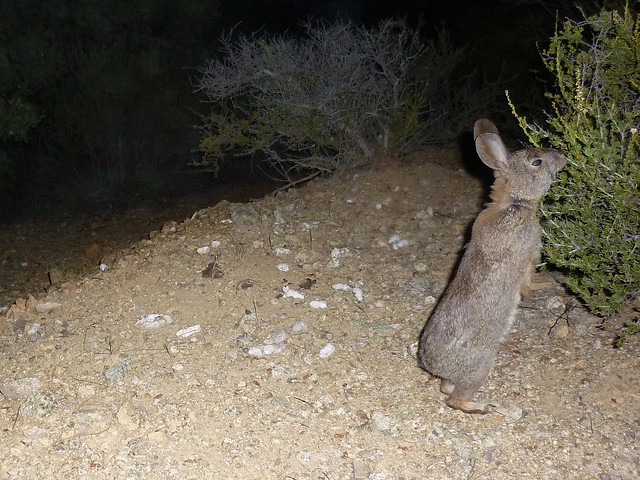 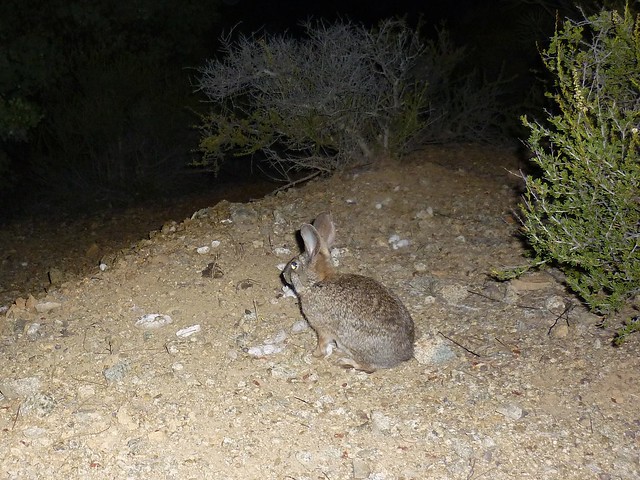 But Brer Rabbit has to be cautious.

For his bunny nose knows that others like this garden, too.

Such as Brer Fox and Sista Wildcat. 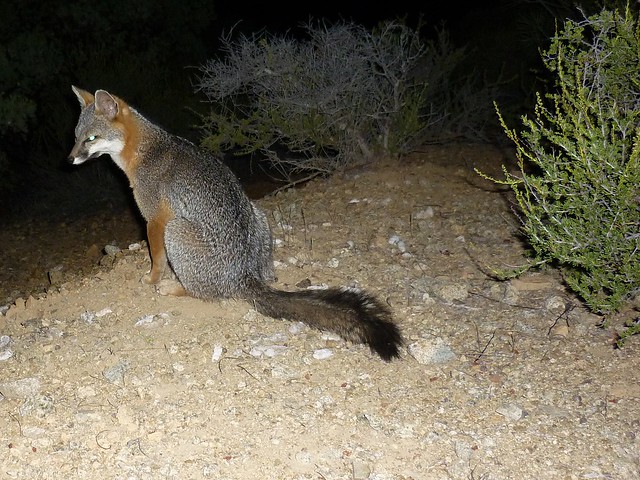 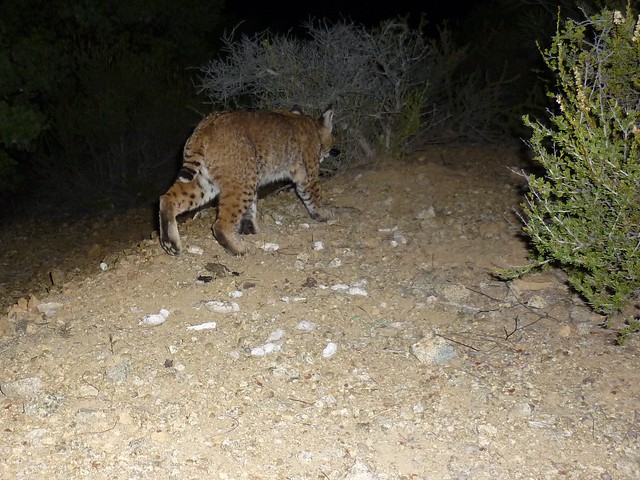 And, while the fox and bobcat might be visiting most commonly to check the "calling cards" left at the local latrine, both would be quite happy to meet Brer Rabbit.

And also enjoy a midnight snack.