Have I told you I love woodrats?

Or should I say, "have I told you lately I love woodrats?"

Because if I haven't, it must be time once again for an episode of Woodrat Theater...

In the Santa Cruz Mountains, in the deep woods, is an electric-blue VW Beetle. 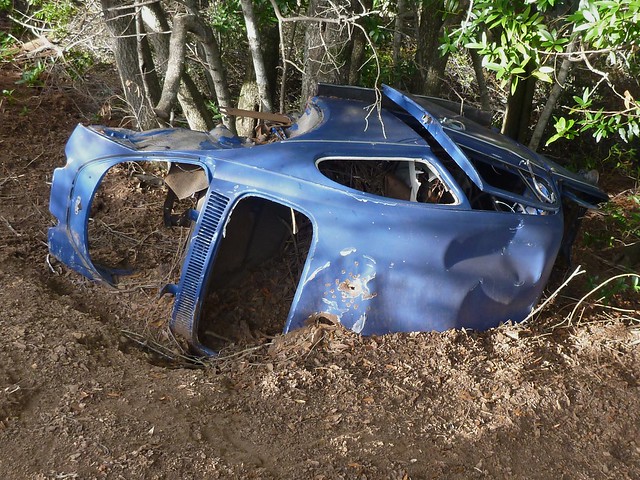 And inside, built in-and-around the seats, is a stick nest.

So I dropped a cam trap down into the scene. And a sprinkle of pine nuts. 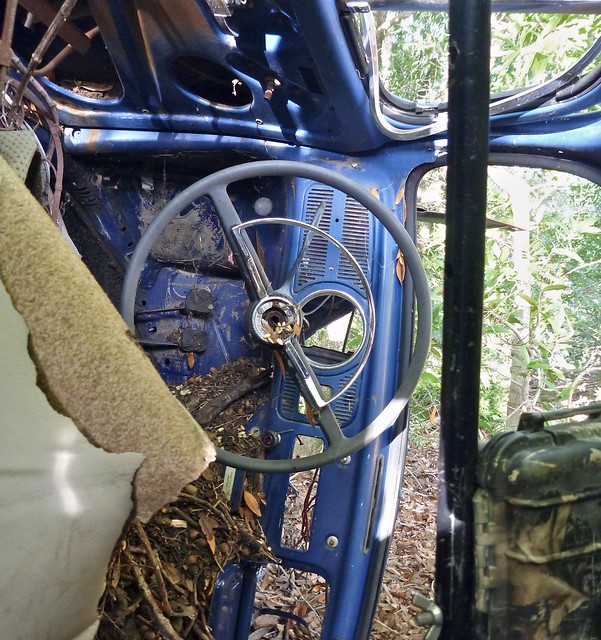 Camera trap on right, woodrat stick house to left in and under the seats

The woodrat stick house is not original equipment, of course. Pure after-market. Although I know more than a few people have wondered, often with expletives, if VW bugs are powered by mice or rats running on exercise wheels.

The current owner of the blue beetle peeked out at 4am. 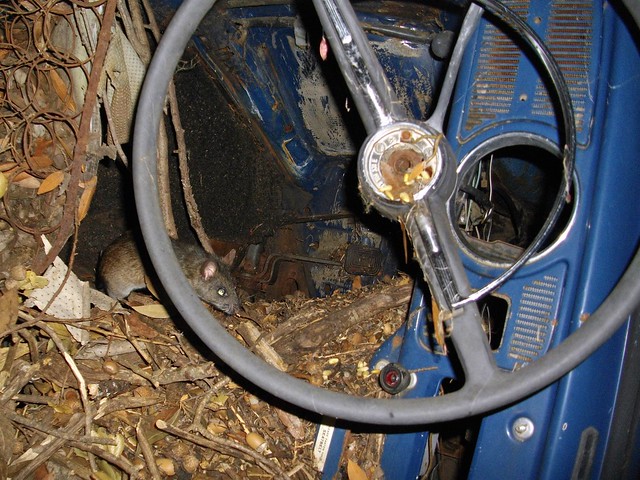 By size and sleekness, perhaps a young female.

But a short while later the local fox patrol stopped by, and stole a few pine nuts. 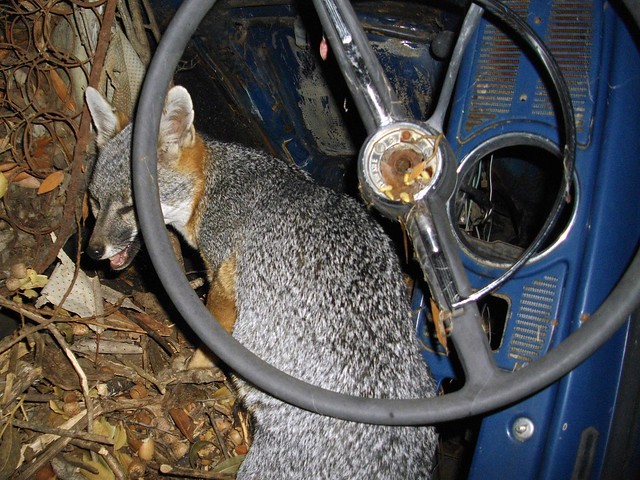 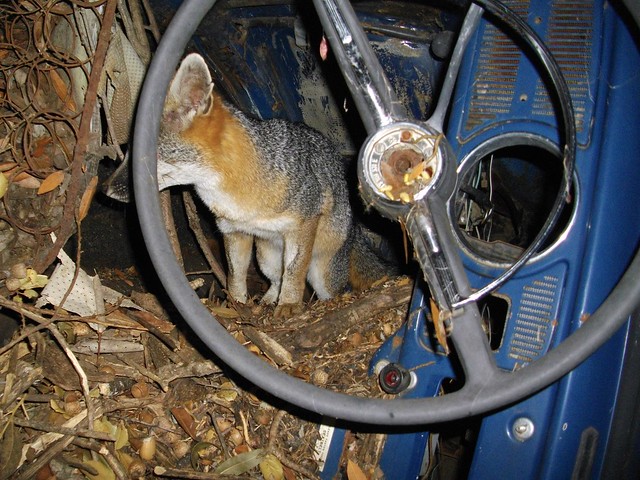 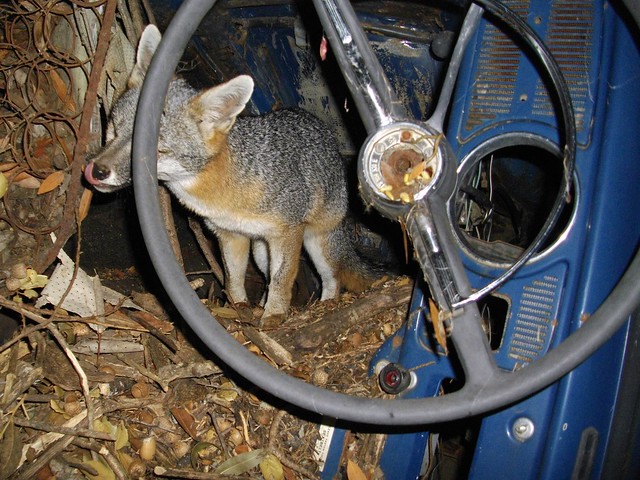 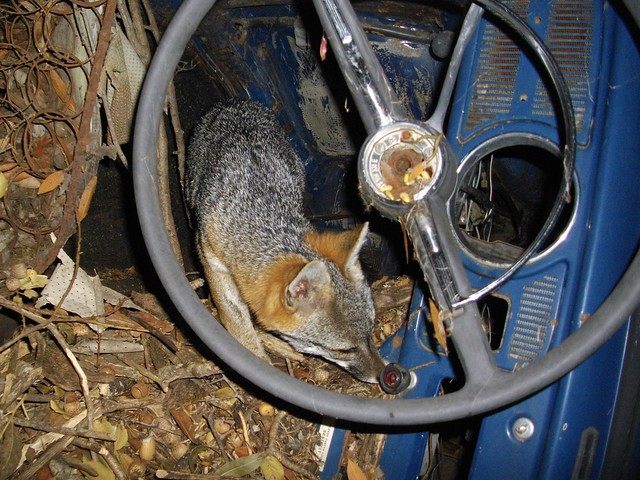 However, as you can plainly see, ole sly fox missed some (honk, honk).

But our v-dub lovin' woodie didn't. She knows her haunts. 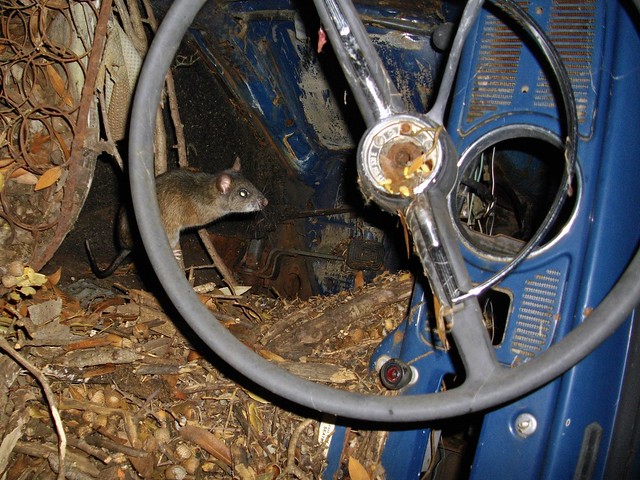 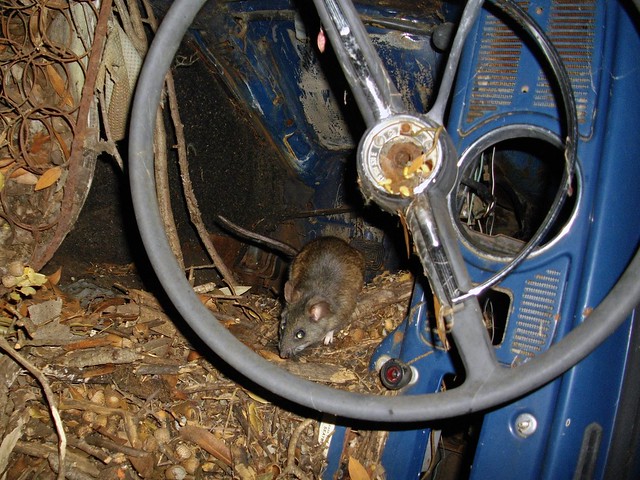 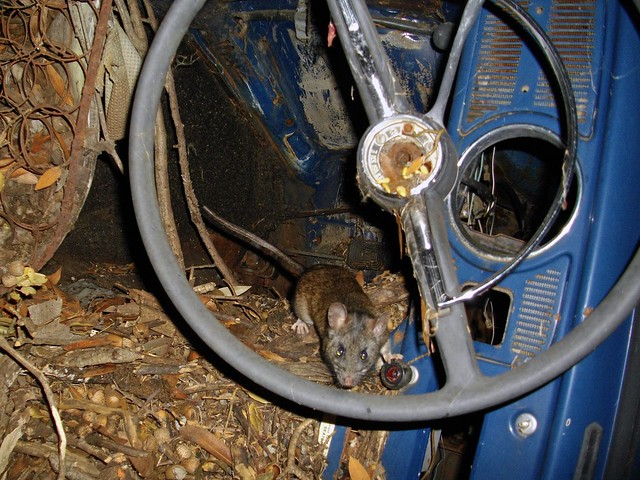 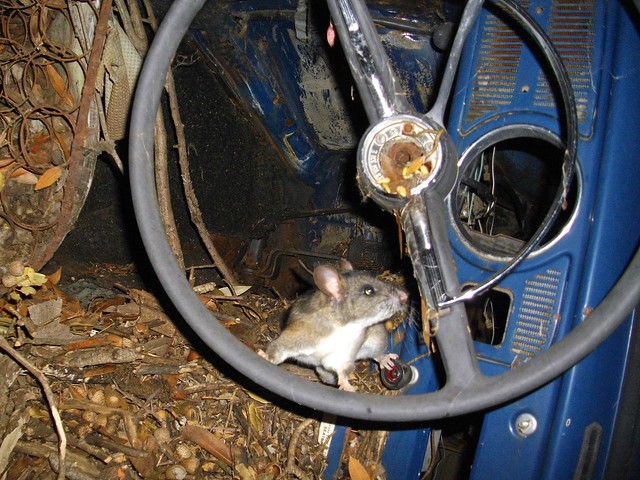 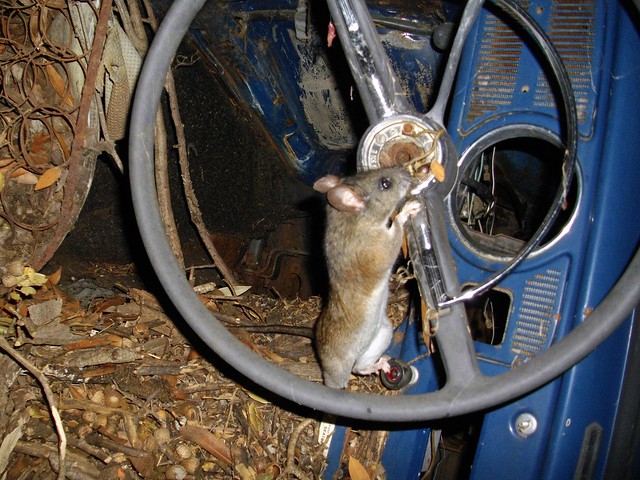 Note the sexy scar on the side of her face.

She even came back to "ask" the camera for more… 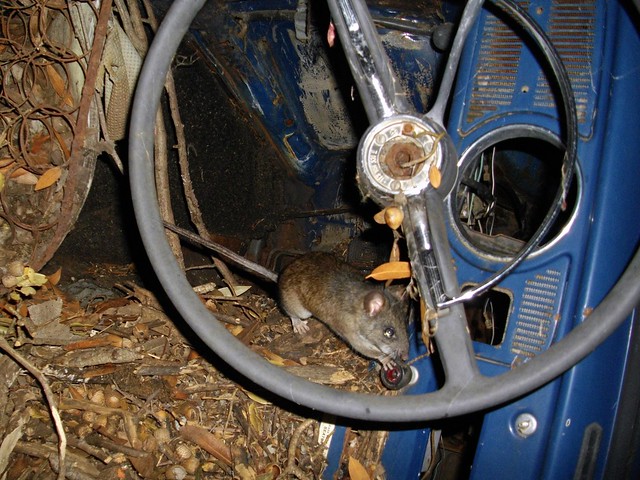 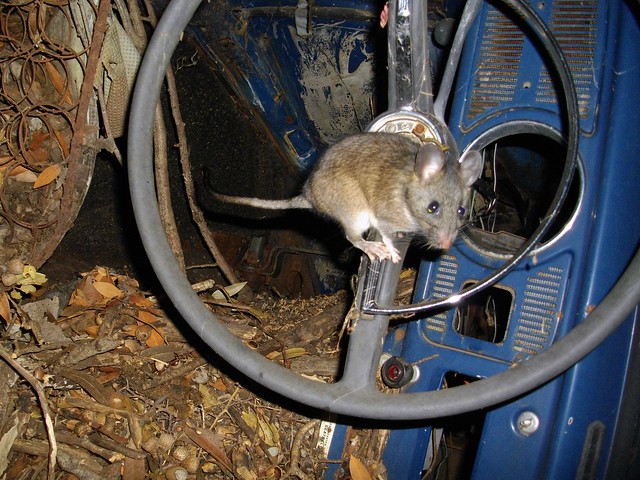 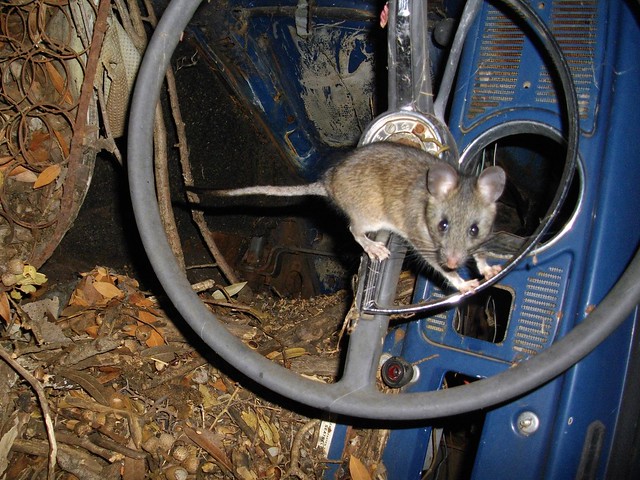 And one, you'll note, that is pretty distinctive. Woodrats, unlike their icky Euro-trash Rattus rat remote relatives, live much more cleanly, and thus look more like escaped pets than gross pests. 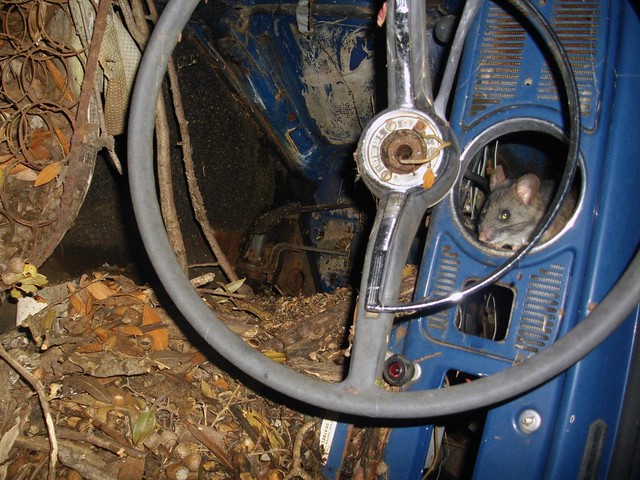 "Ma'am - do you know how fast you were driving?"

"Sure officer - I was going woodrat."