(and acorns, of course)

Bay, buckeye and madrone, hollyleaf cherry and berry, as well as those of coffee, honeysuckle, toyon, snow and p.o., all hit ripe and become a major focus of seasonal foraging. 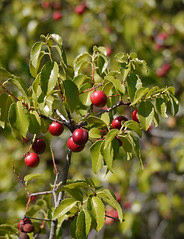 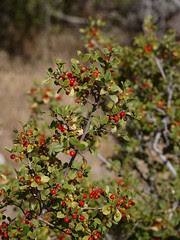 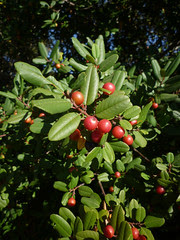 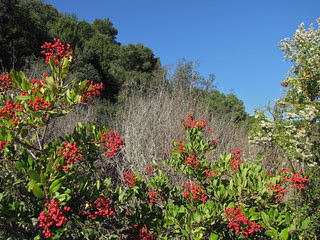 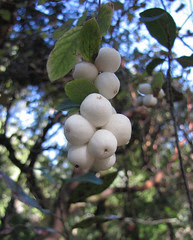 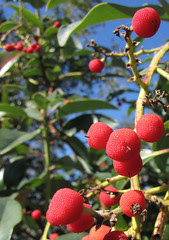 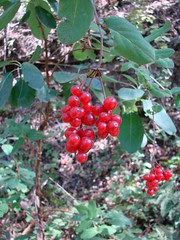 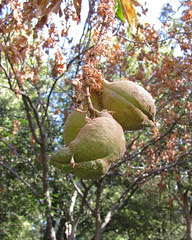 So, under a berry-laden madrone tree, where the bare ground and a few freshly dropped fruits belied heavy activity, I set a cam.

And then created a windfall. 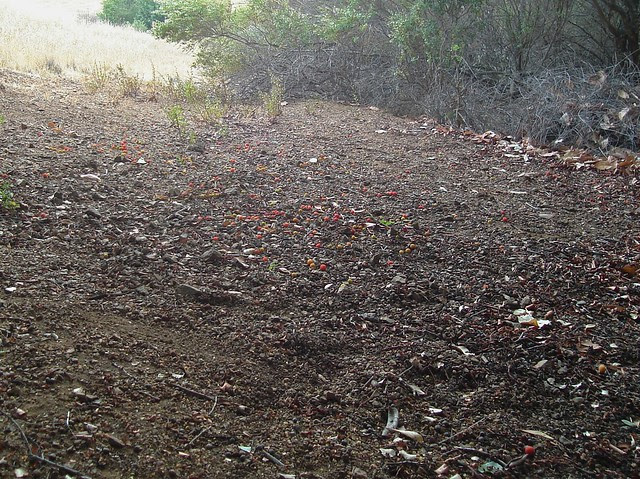 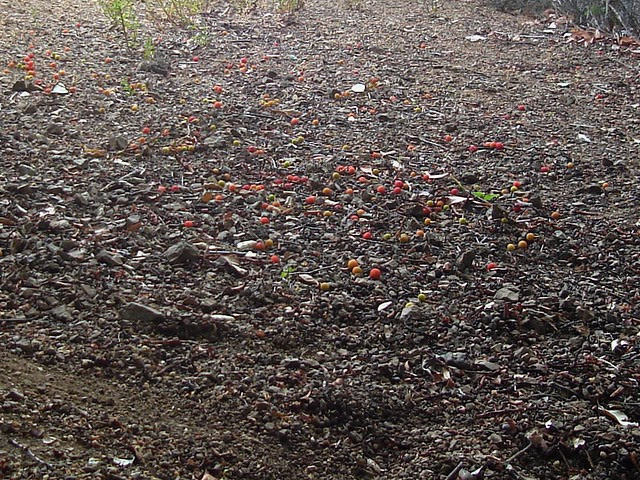 Windfall of berries I "stormed" off the madrone tree above

4 nights and 460 photos later the cam's batteries were spent, and the berries quite gone.

Seems the locals were more than happy to perform a little dinner theater.

Our theater - their dinner.

Here's a selection of 80 still photos put together into a quick 14 second video:


The Windfallers - a 14 second feast of 4 night's foraging 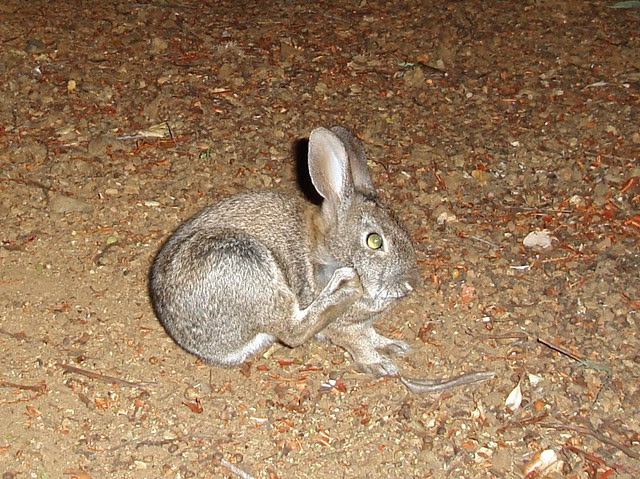 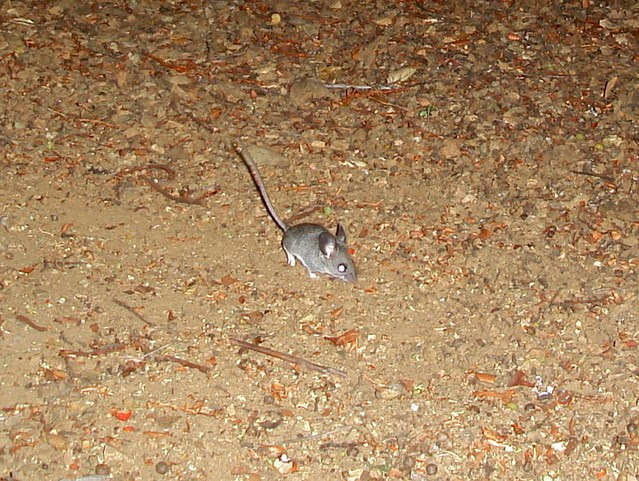 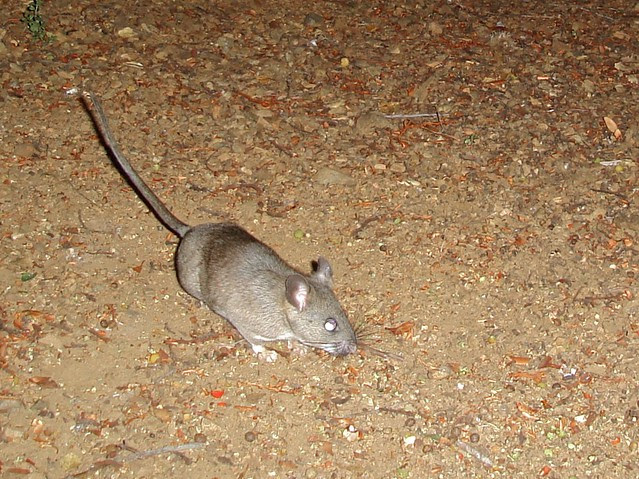 DF Woodie as the woodrat too-late

With special cameos by: 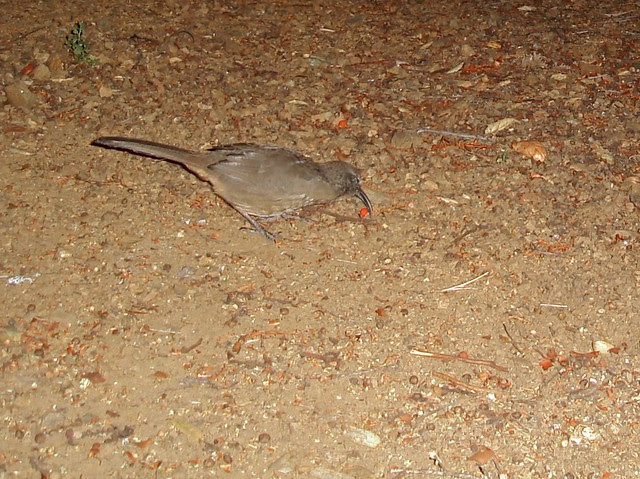 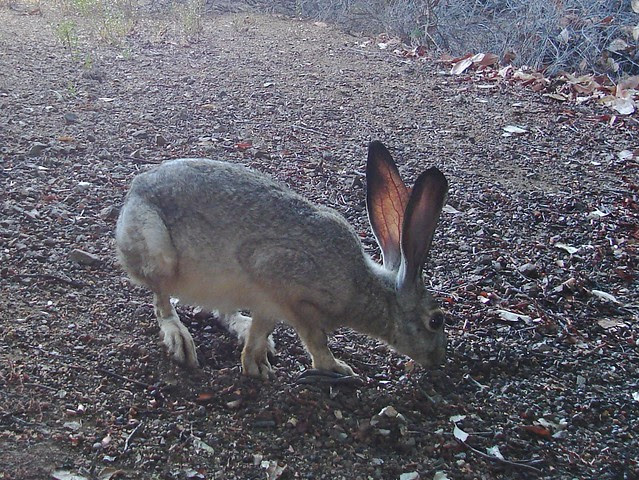 And BT Jack, the only daytime actor

It actually took the bunnies and mice only 5 hours to clean up the windfall. The following 3 nights of heavy activity were double, triple and quadruple-checks.

The most brush rabbits caught at once was 5 in a photo. 3-4 were not uncommon.

Cool how the brush mouse forages side-by-side with the rabbits.

The woodrat can easily climb trees and get berries itself, so - windfalls, smindfalls.

No fox or coyotes. They too like madrone berries. Guess 4 days wasn't enough time.