Not only do us alumni get to hang with the Maestro, but there are also new cam trappers to meet, old friends to see, and favorite habitats to haunt.

Such as the stunning alder groves and wet mountain meadows along the Yuba River. 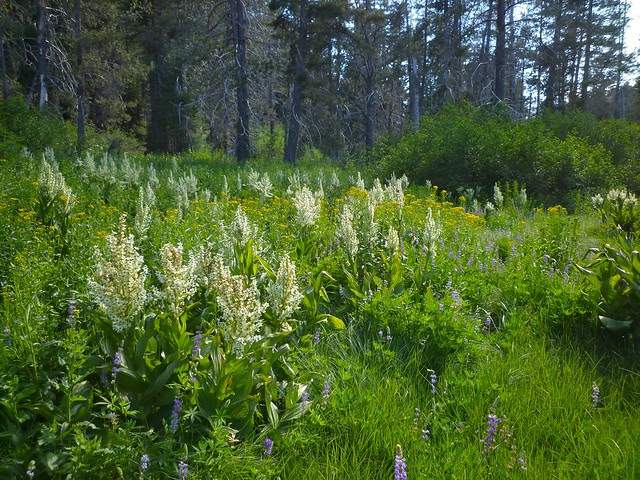 Where, if you look carefully around the downed logs, you can find sizable burrows. 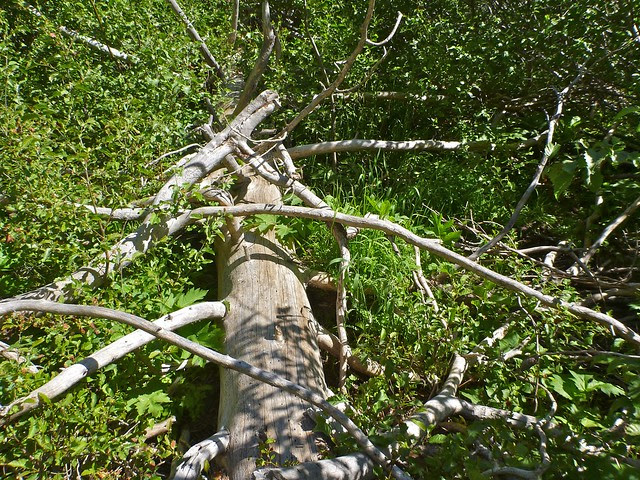 Such as this one: 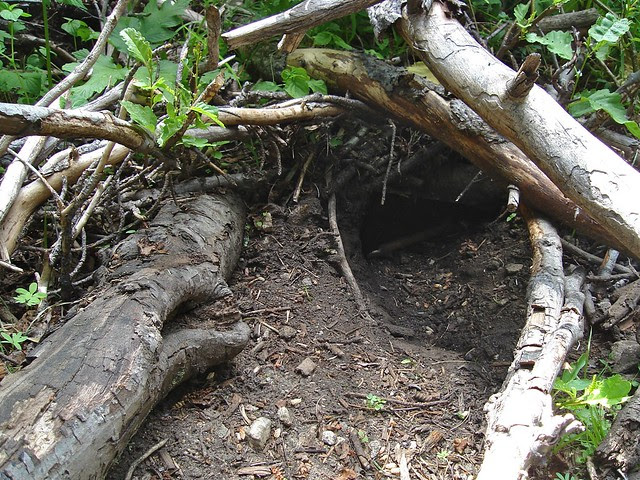 Which long time readers of this blog or the Codger's may recognize as the home of an Aplodontia rufa - a Mountain Beaver. Also called Boomers, Mountain Rats, Ground Bears, Giant Moles, Whistlers, or Sewellels, Chehalis' and Showt'ls, depending on your cultural affiliation. The last 3 basically translate to "makes good coat," from what I understand. Which is how good ole Lewis & Clark "discovered" the species on their expedition.

"Isn't that what I'm wearing?"

But all the above are lousy names for a cool critter that's not a beaver, rat, bear or mole, but a gentle herbivore related to squirrels, and the oldest living rodent species in North America.

However, unless they've shrunk substantially from when I cam trapped them in 2011, I don't think the first character out of the burrow was the owner... 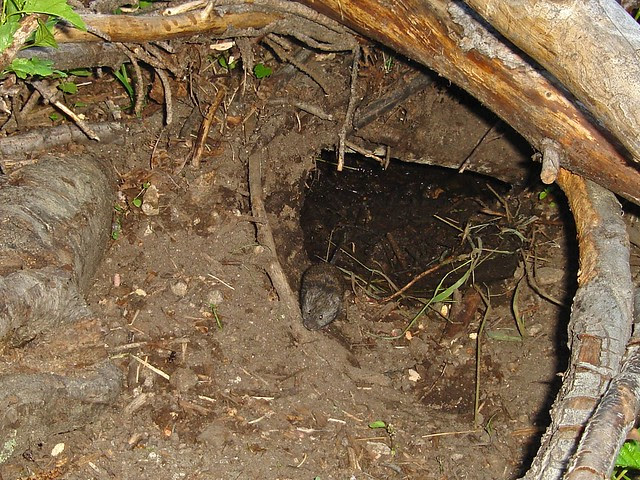 No, a Long-tailed Vole, Microtus longicaudus, was first out of the hole, to nicely show us how much bigger the builder is than a mere mouse.

The vole was 1 of 10 other species that popped out of, or visited the burrow. But we'll get to them in the next post. Best to meet the homeowner first.

After a few quick peek-a-boos, it was on day 10, at just before 4pm, when the owner finally showed its sweet Aplodontia face.

And proceeded to bulldoze out a big pile of dirt and debris from the burrow. A "throw pile" in bio-geek speak. The Aplo really muscles the dirt around, too. Check out that shoulder action. 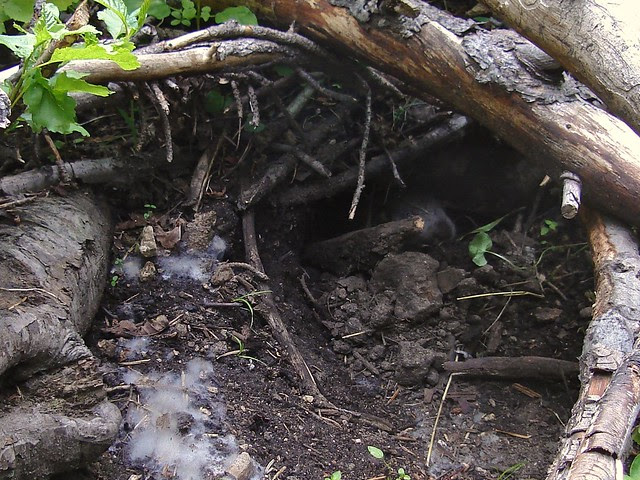 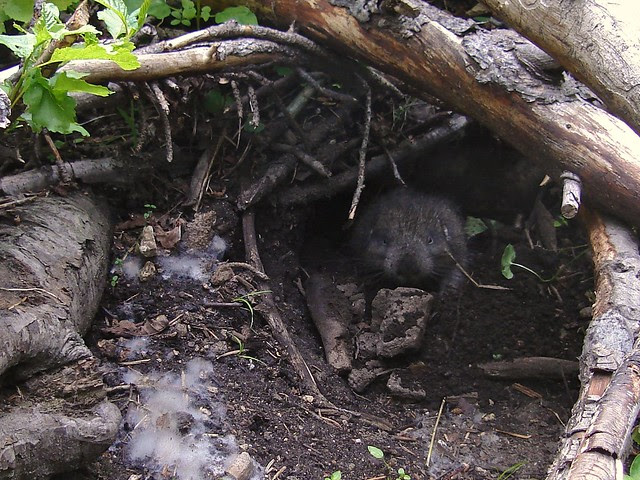 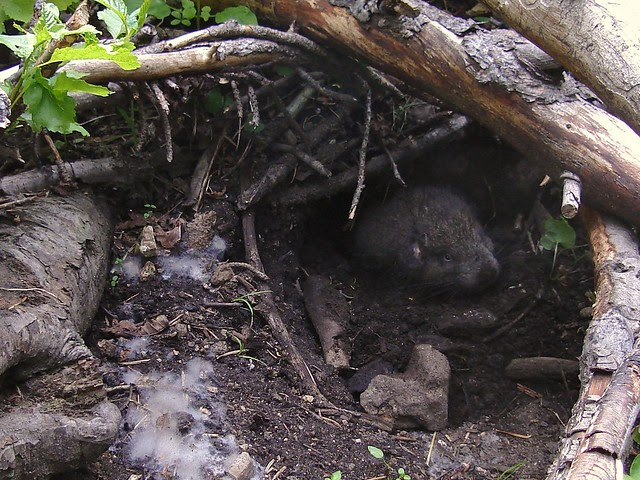 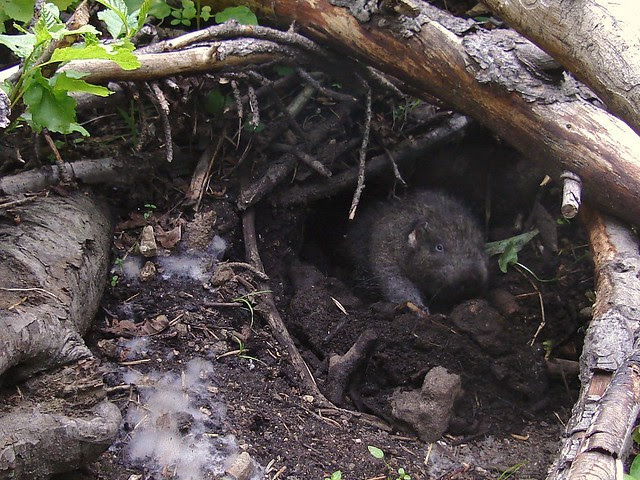 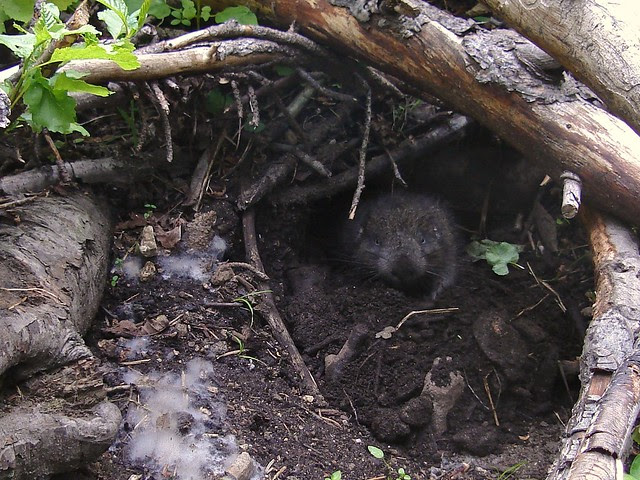 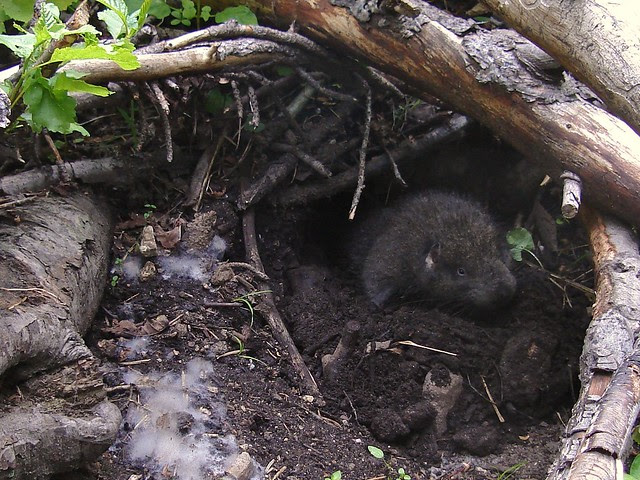 Here's a 7 second faux video made from 15 still photos taken during the 9 minute show that gives a much better sense of the Aplo's technique:

Our dirt dozer also returned 10 days later, but at 7am in the morning. This time the Aplo spent only 6 minutes moving out the rubble, but really gets its whole body into it: 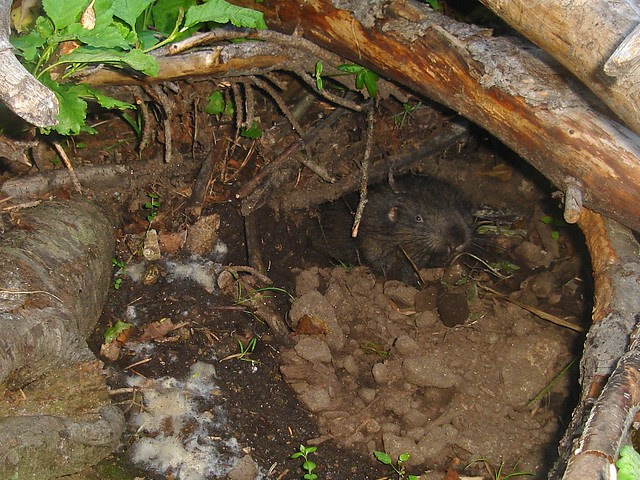 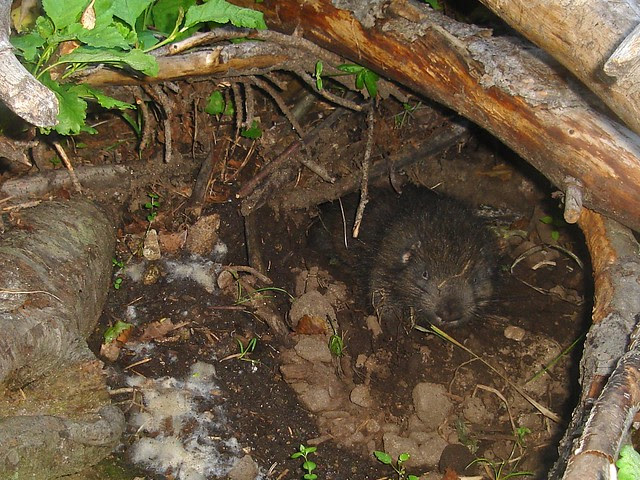 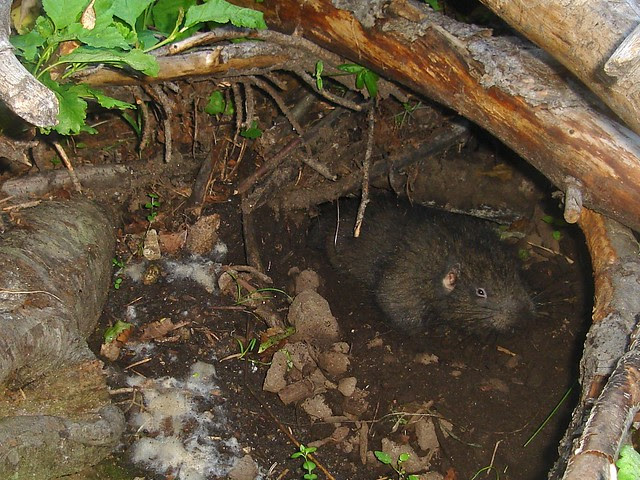 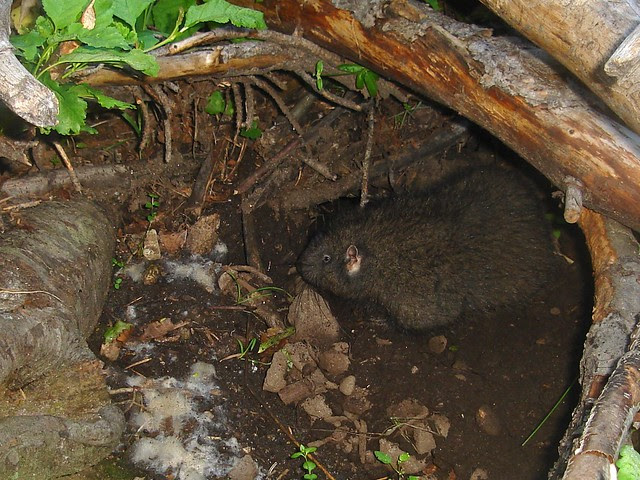 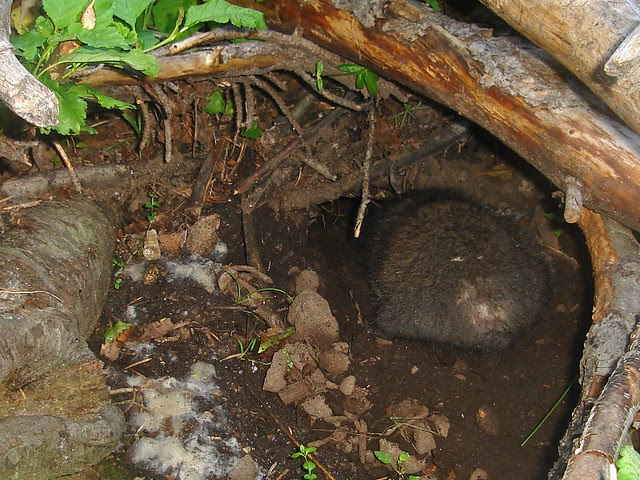 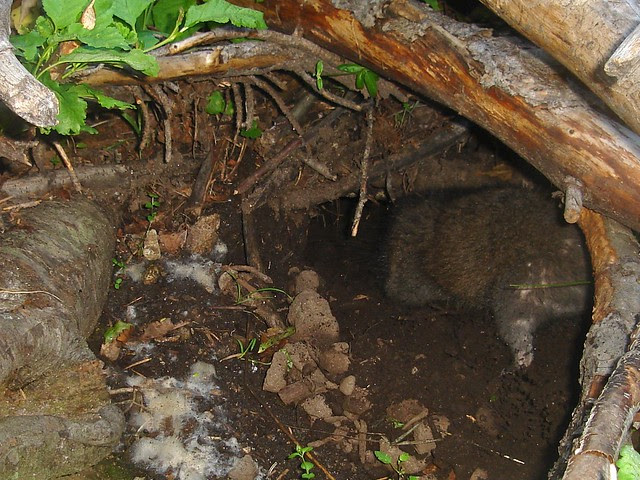 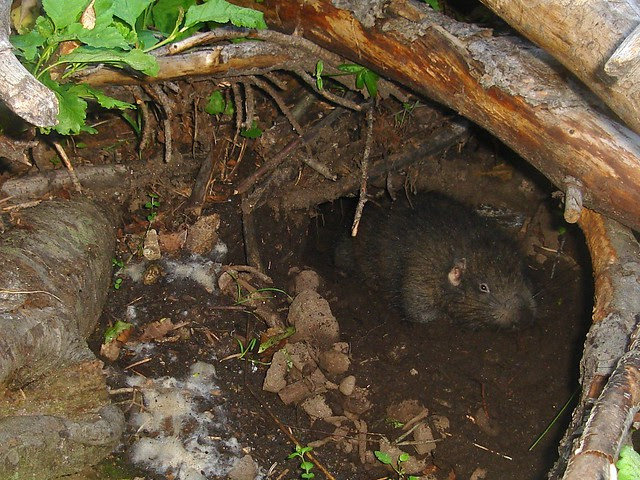 Or was the Aplo mooning and kicking dirt at us?

And again, an 11 second faux video made from 22 stills:

Do y'all think if I had used real video with sound we would have heard a "beep, beep, beep..." when the Aplo backed up?