Has anyone else noticed how suddenly snakey it's gotten out there?

The spring was rolling along dry but cool... a few early-bird fence lizards were up... and then bam! - we get 2 heat spells and spring and summer snakes are all over the place.

I mean, the season has barely begun and I've already seen 6 species.

Below are the highlights. 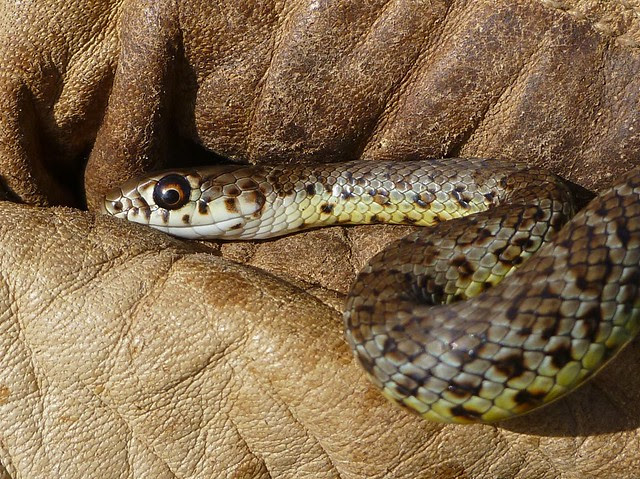 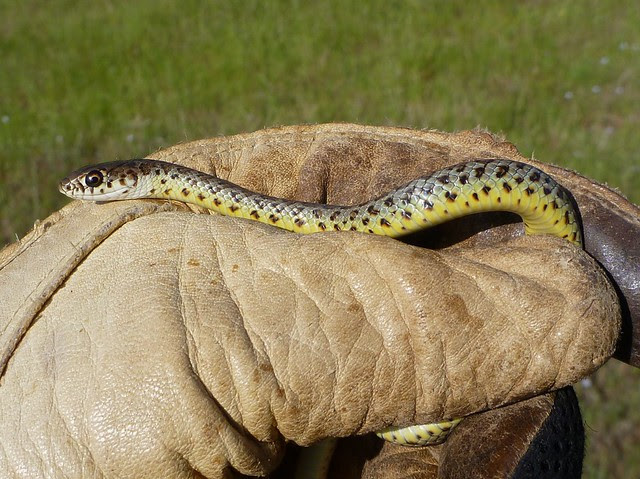 Getting that distinctive yellow belly 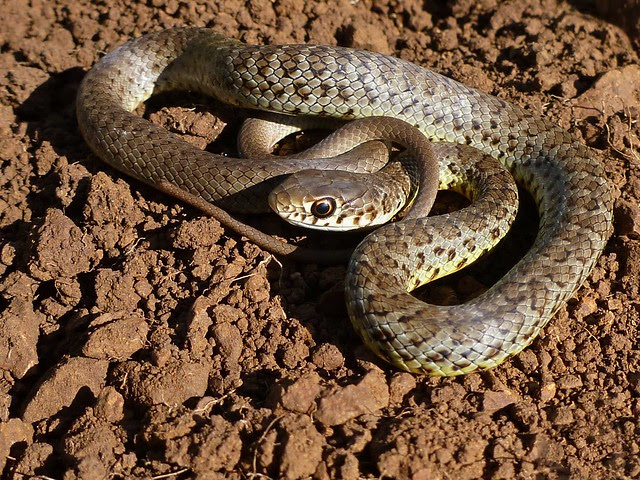 The back spots, likely to mimic a rattlesnake, are also fading to the adult gray-green

For reference, here's a baby yellow-bellied racer I caught in 2012, and then an adult from 2011 - both from the same area as the yearling: 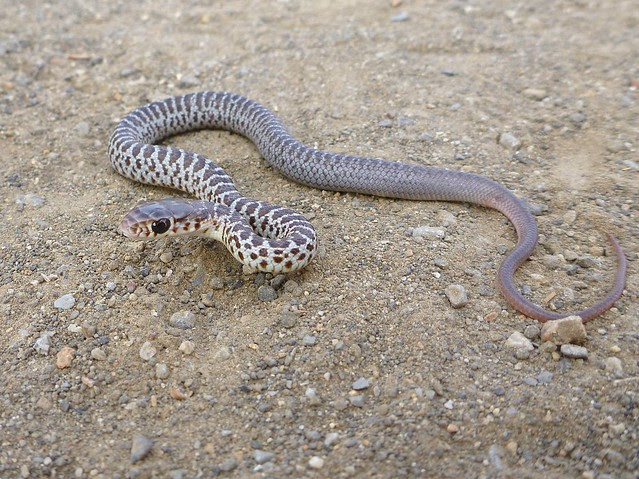 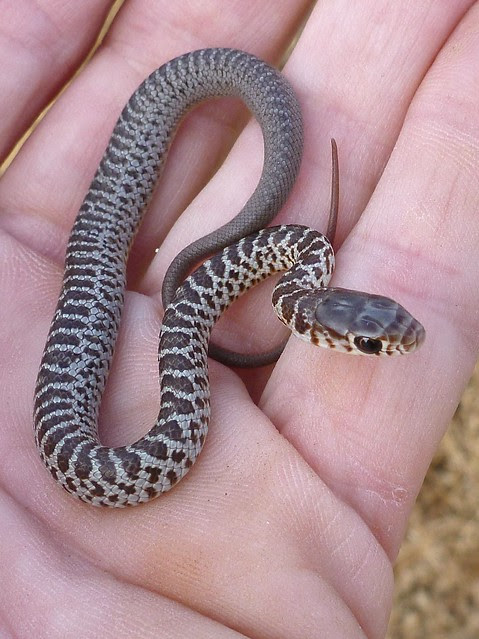 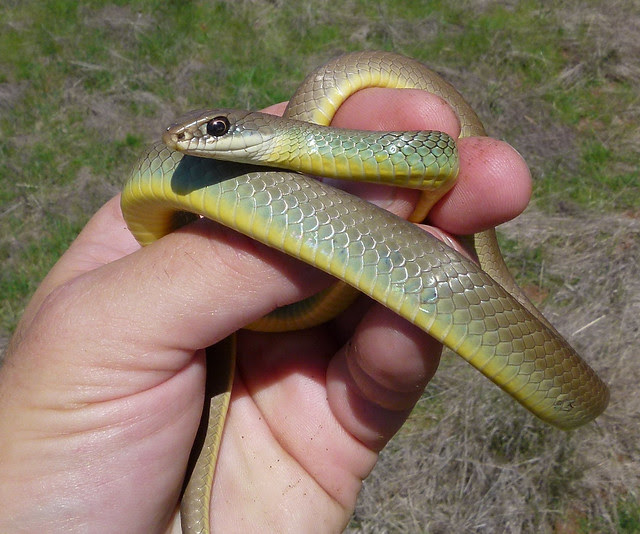 And while you might think the racer, a snake that chases down prey, would be a big snake on the block - in California, there is always the king to contend with - the California Kingsnake, Lampropeltis getula californiae. A banded beaut of a constrictor that happily hunts and eats any snake species, even rattlers (kings are immune to their toxins).

In this case - just the other evening - a very bold ~14" female king (queen?) decided to take on a ~30" racer. And the racer proved a bit too big of a mouthful. 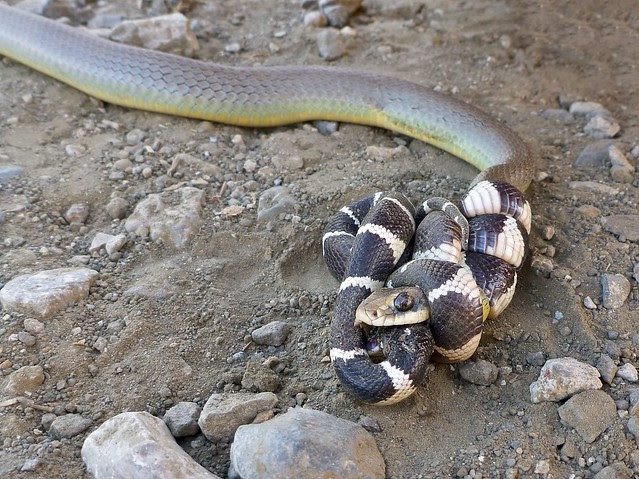 California kingsnake taking on a much larger yellow-bellied racer 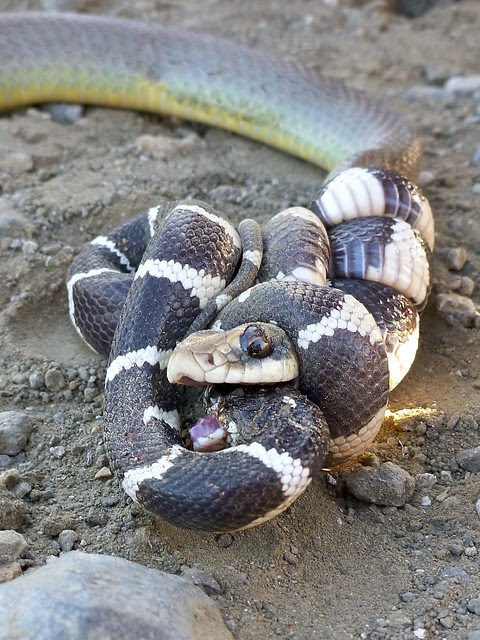 Clamped on to the lower jaw 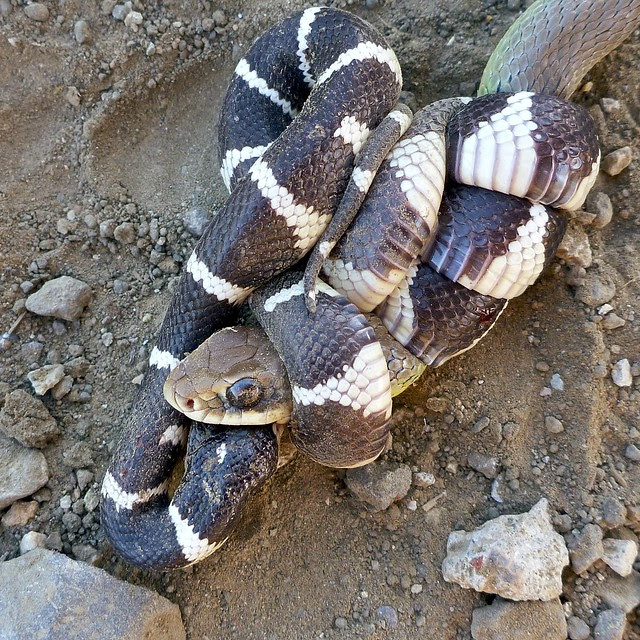 In MMA they call this a "good ground game" 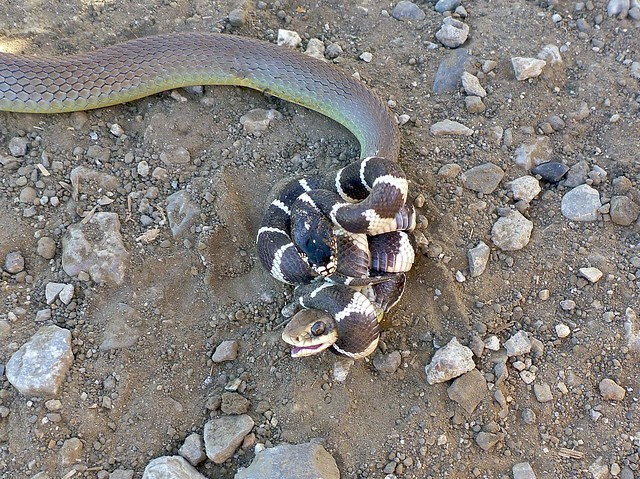 Releasing the jaw to find the whole head, she saw us and reared up to defend her prey 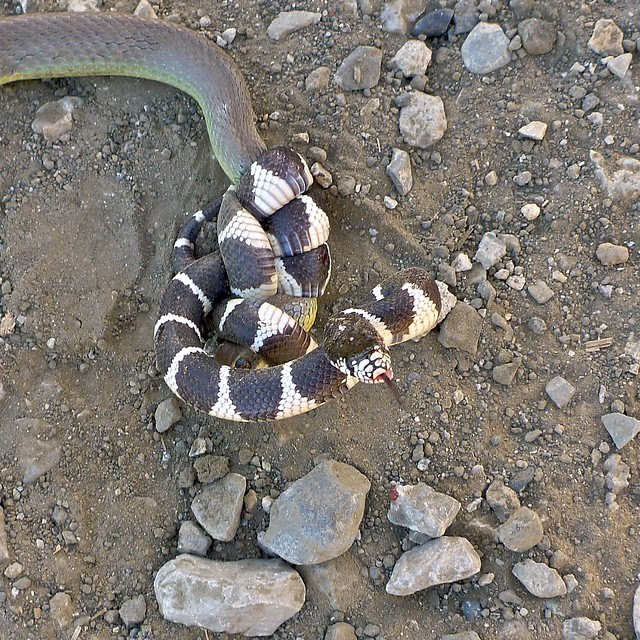 "Mine!" (as she strikes at our cameras)

Our presence eventually caused the lady king to release the racer, which then left the scene. Probably for the better though - that battle might not have ended well for both snakes.

On Thursday, I also saw this sweetheart of a Pacific Gopher Snake, Pituophis catenifer catenifer. Quite the shimmery orange belly. 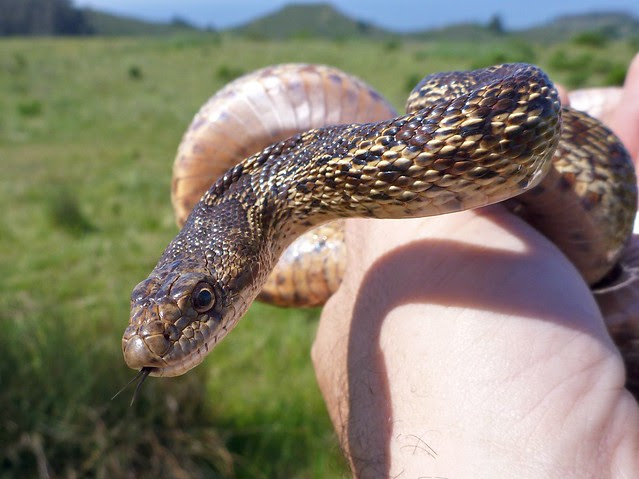 Pacific gopher snake near the Pacific (that's it in the background) 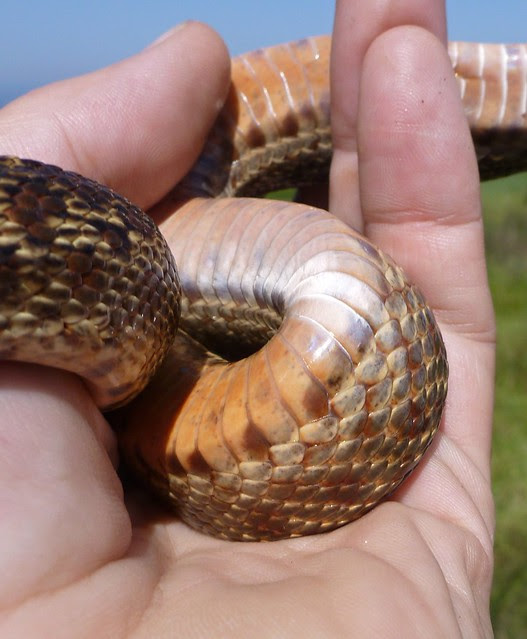 Hope these sightings are a foretelling of good herping this year, because the gang heads out to the Mojave soon for our annual herp holiday. Maybe we can beat the 17 species of 2011.