I'm a young, healthy and attractive female Neotoma fuscipes annectens, but no cute males are coming around my way. What gives? 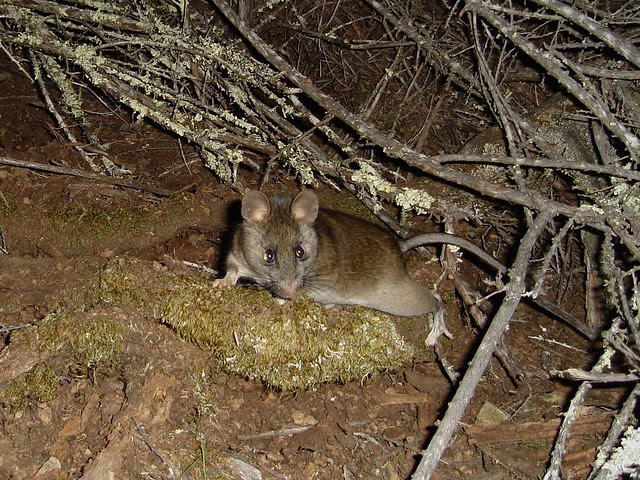 Miss Moss hanging out in her backyard

Hubba hubba. Not to worry - the season has barely begun, and I'm sure a fine male will find you soon. In the mean time, if you're lonely - get some house mates and backyard buddies.

Being a bit of a wildlife peeping Tom, I've actually set cameras on the abode and neighborhood of Miss Moss several times now. At no time did there appear to be any males coming around. Leads me to 2 possible theories: Miss Moss could be a Mister Moss (but based on size, shape and booty shots, I think not), or - Miss Moss (at that time) was a recently dispersed pre-breeding age female.

But, she doesn't have to worry about getting lonely. Her house and 'hood are major hubs of activity. She lives in chaparral, quite near Lady Prunus (and may be related). And, like the Lady, has a house and yard that attracts all sorts of curious visitors.

For example, brush rabbit(s) came by often at both houses: 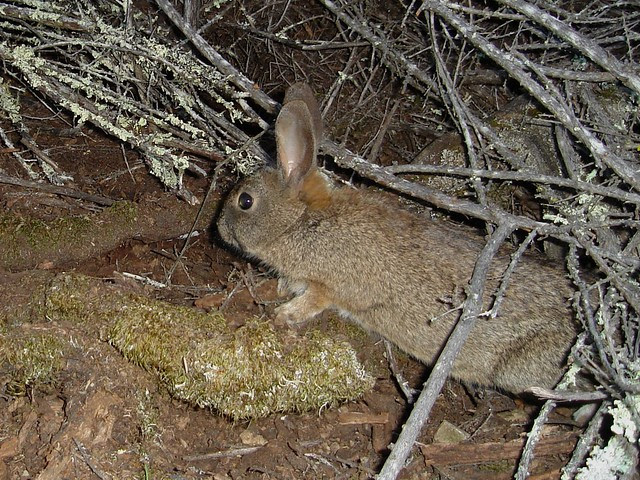 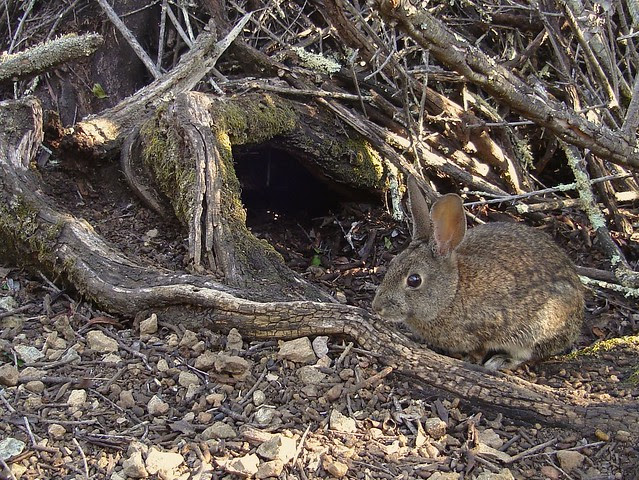 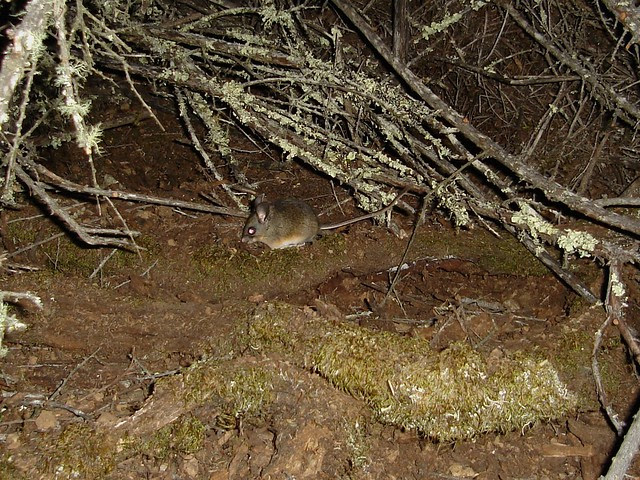 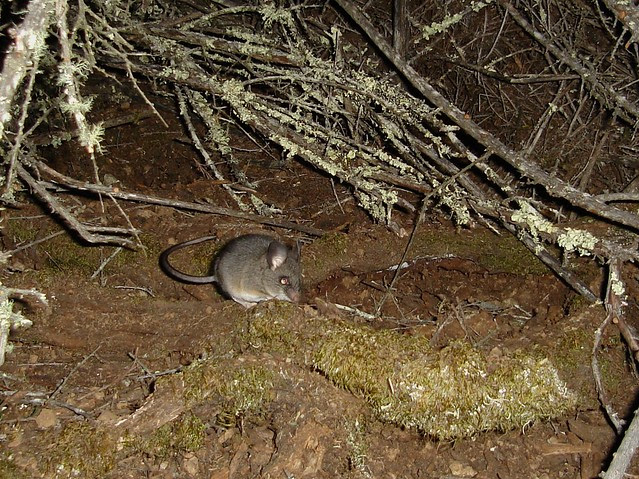 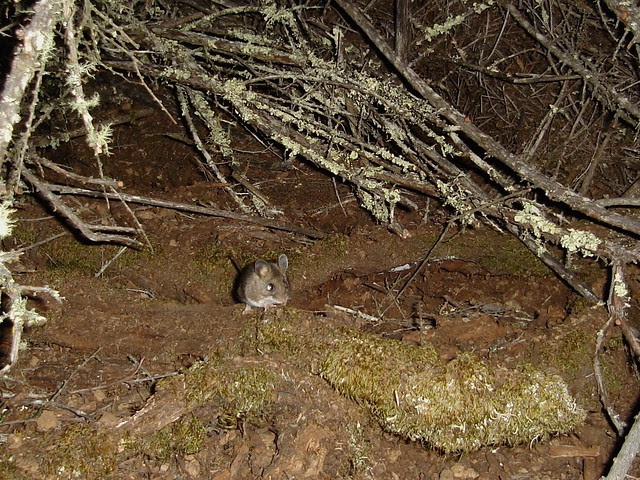 And, along with the meeces, both woodrat's yards and neighborhoods were well-scoured by a variety of chaparral-loving, ground foraging birds... 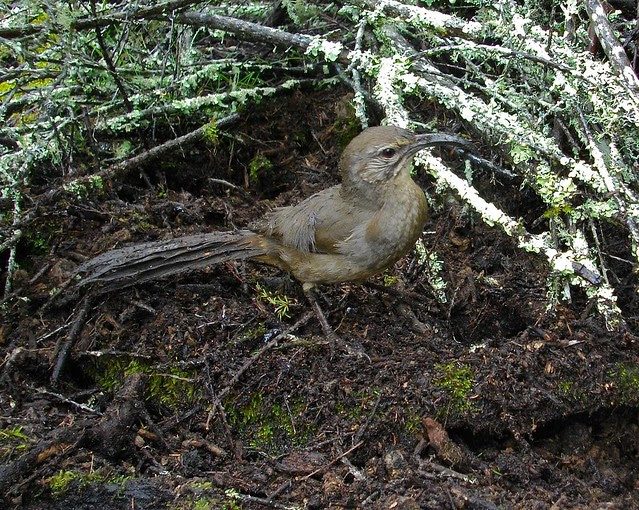 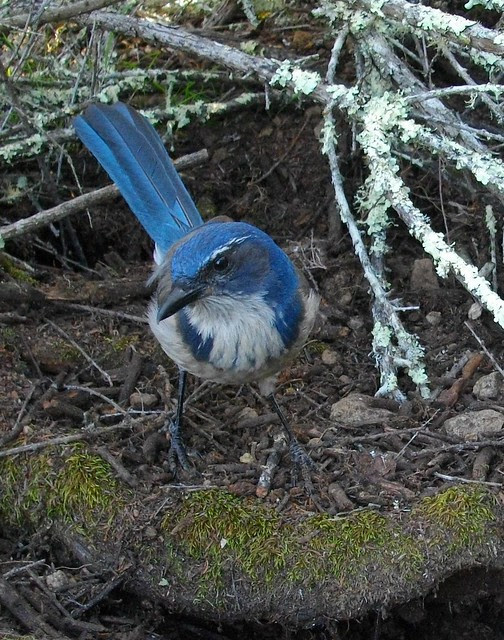 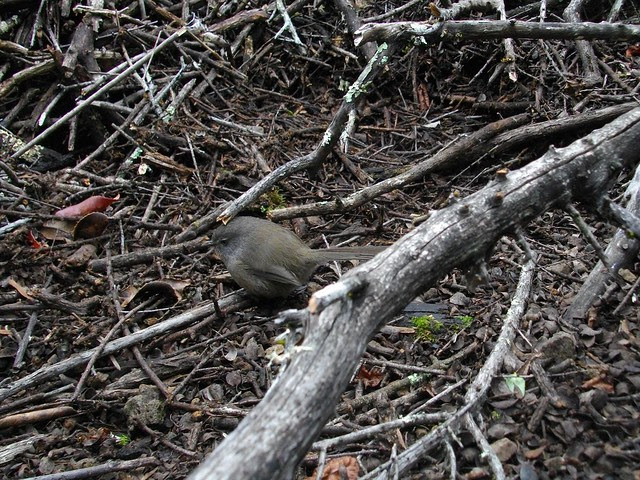 Wrentit, Chamaea fasciata, poking around the sideyard of a house next door to Miss Moss 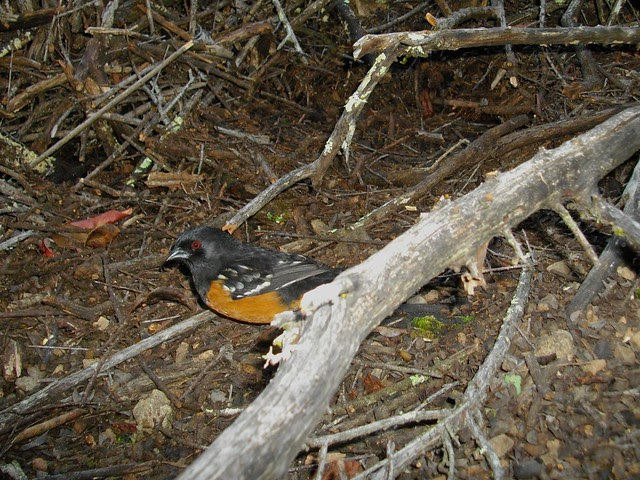 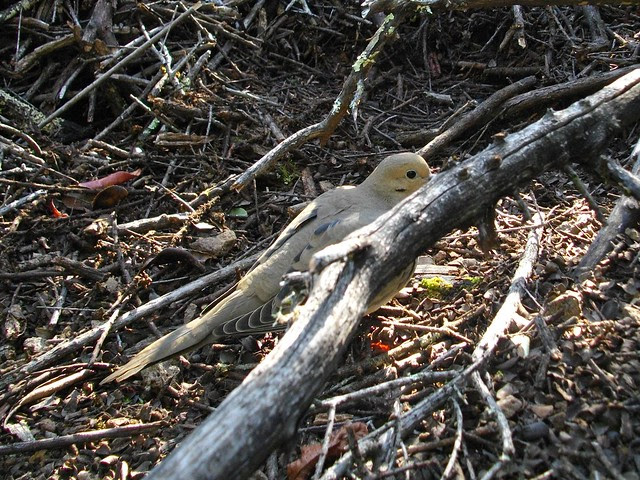 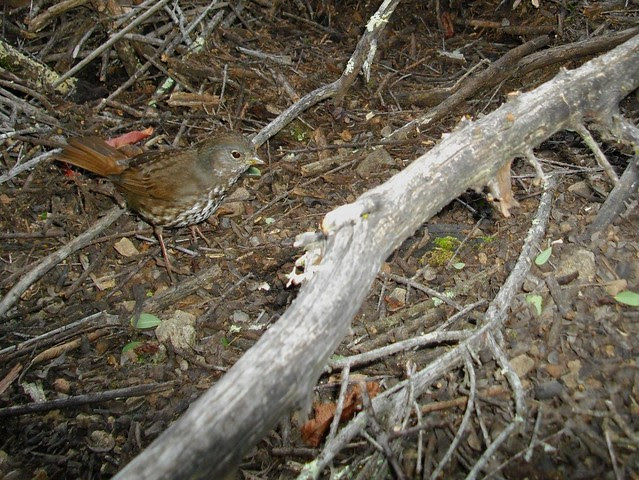 And a bold Fox Sparrow, Passerella iliaca, scratching around

Of course, given the seed collecting of the woodrats and tenant mice, and all the invertebrates that live in the houses, this popularity with birds shouldn't be a big surprise. They're just looking for free and easy forage.

In the nearby oak woodlands, the San Francisco dusky-footed woodrats also get a few other furry friends frequenting and foraging the yards of their fine estates... 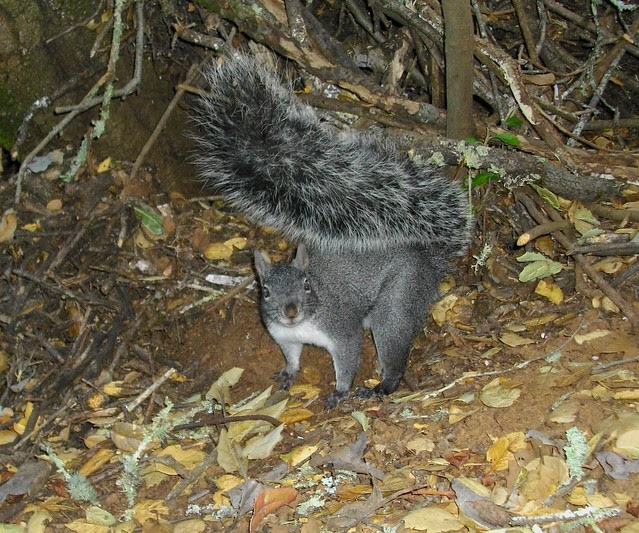 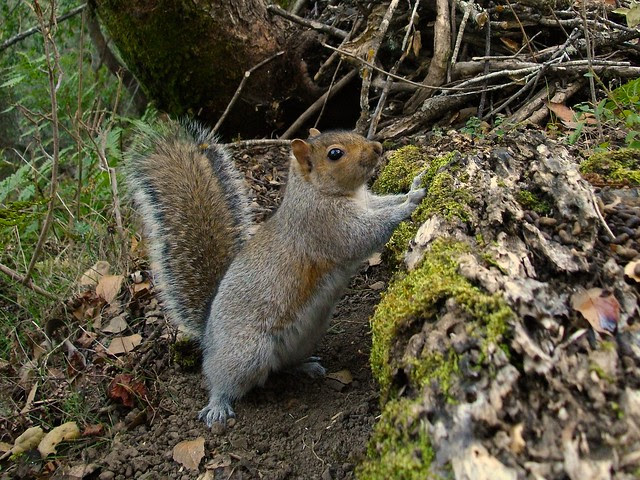 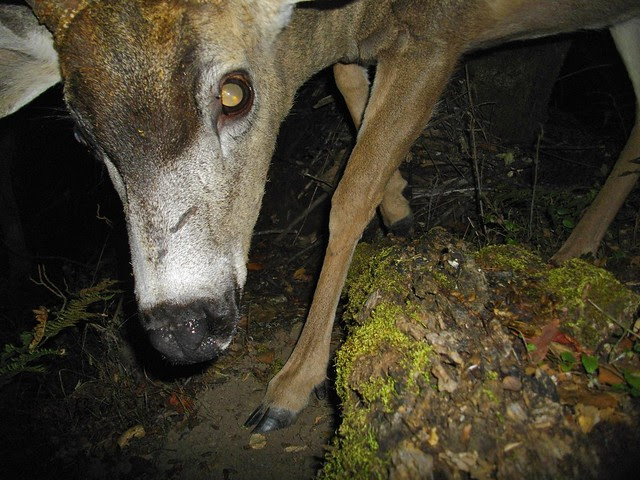 And a buck black-tail giving the cam a stare-down

So, aside from the woodrats, that makes 7 species of mammals, 7 species of birds, and 2 species of salamanders camera trapped during my little Woodrat Theater project.

It appears the party never stops around woodrat stick houses.

Guess that means I'll just have to keep peeping in on them.