It was a hollow tree, and a slim fit - even for the slim and fit, such as the Codge: 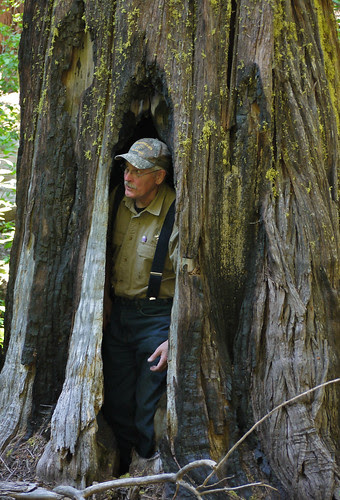 Codger in a tree

But, since we'd talked seriously about setting a cam on our first visit, it didn't take much of a nudge from the class on our 2nd stop by to get me to give a homebrew a try.

So, we spiked it up in the cavity, pointing down, to see what might come a calling: 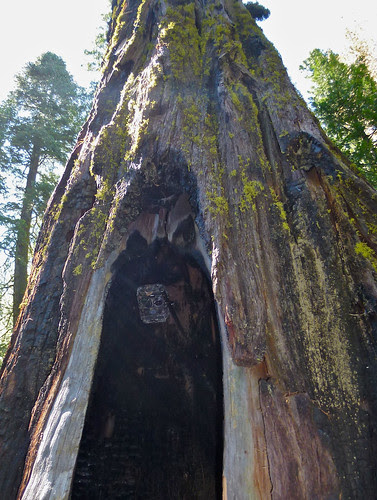 And, come to find out, that slim fit might have saved the cam some abuse.

It took almost a month for the first bear to stick a head in. More than enough time for some
serious spider webs to build up. 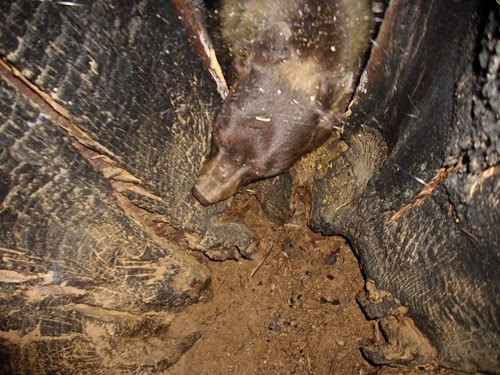 August 16th at 7:40pm - a redhead with blond highlights peeks in 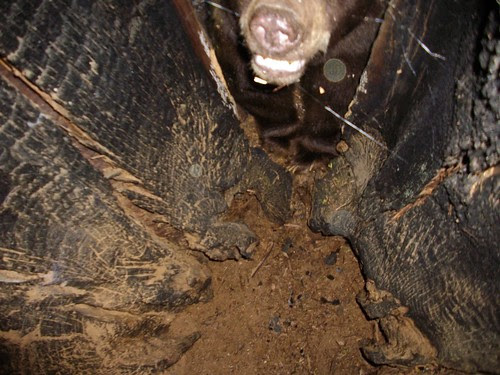 And sees the cam 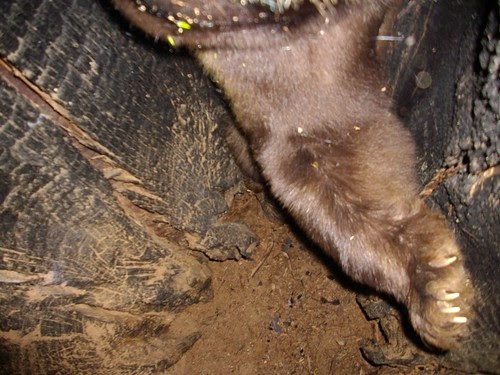 And tries to get at it, taking a face full of spider webs 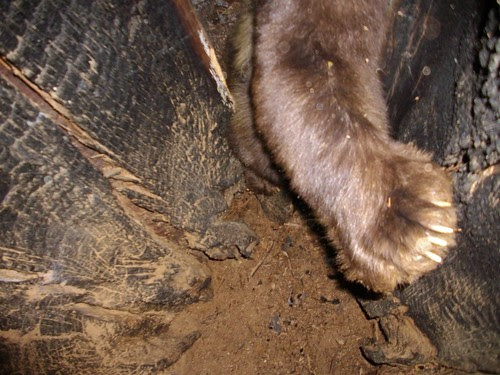 If cameras had emotions, this one would be wetting itself

Two days later, "black" bear #2 arrives. At first I thought it was the same bear, but now I'm not so sure. These locks look more Ann Margret than Raquel Welch... 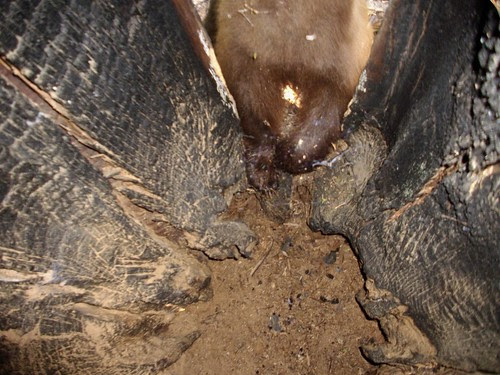 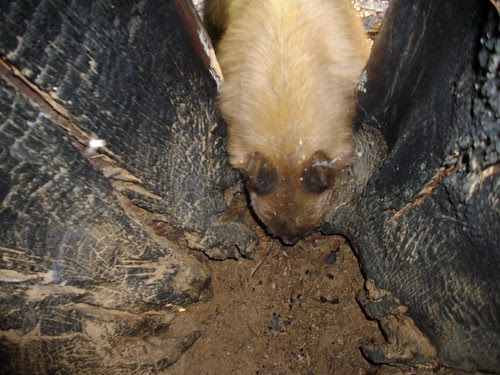 Checks out the scene... 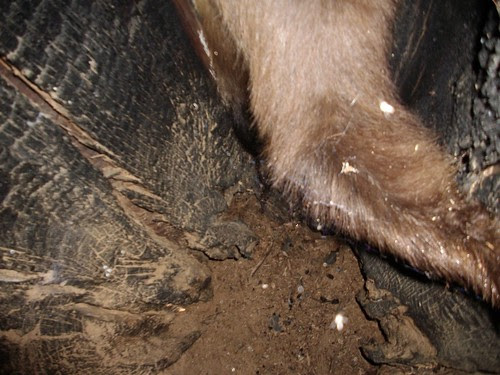 Also unable to reach the camera, this mom calls in right-sized reinforcements... 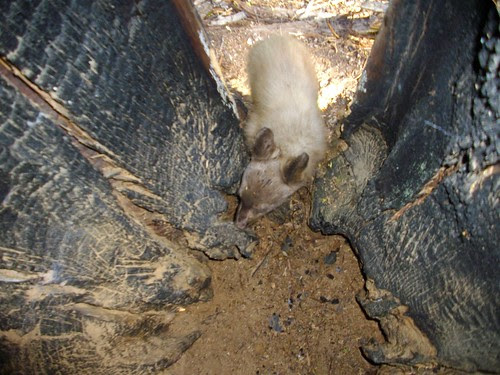 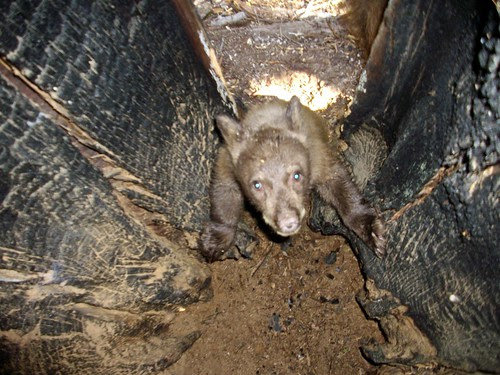 Little goldie checking out the cam - note mom's flank outside 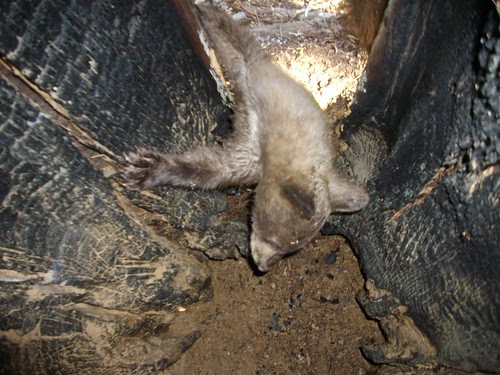 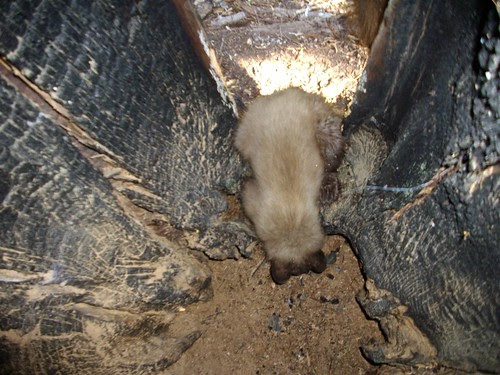 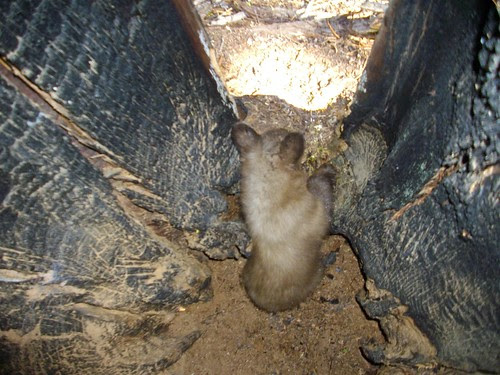 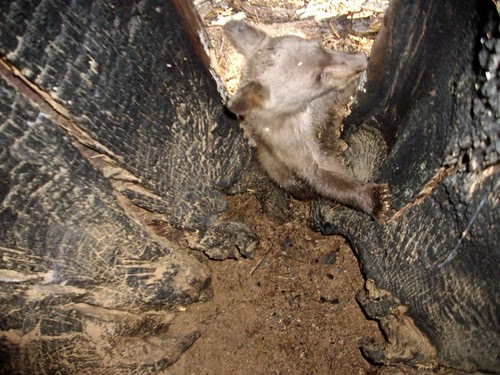 ...onto the outside of the tree

And that's the last we saw of the goldilocked bears. 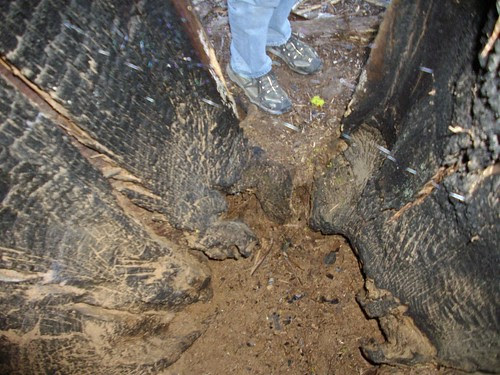 Really glad we didn't pick up that camera 4 days earlier.