"And when the man showed the world the photos of the seven beautiful coyote puppies, the humans never needlessly killed a coyote ever, ever again. The end."

"Even the ones that accidentally get into their garbage, mommy??"

"Yes son, even the ones that accidentally get into their garbage. Now you 7 go outside and play!"

We quietly set the cam trap on the culvert den at near 5pm, but the puppies didn't start seriously piling out until 7pm, as it was getting dark.

21 hours later, the batteries in the camera were dead. And probably warm to the touch.

But I'm not complaining. Have you seen anything cuter???

They can fall asleep on my arm any time. Might even let them chew on it a little. 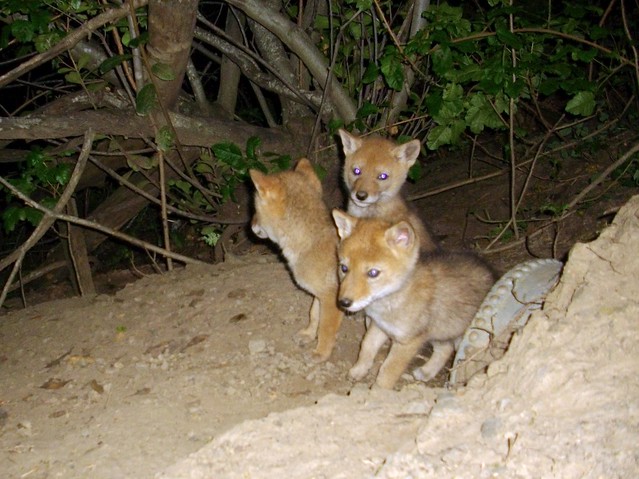 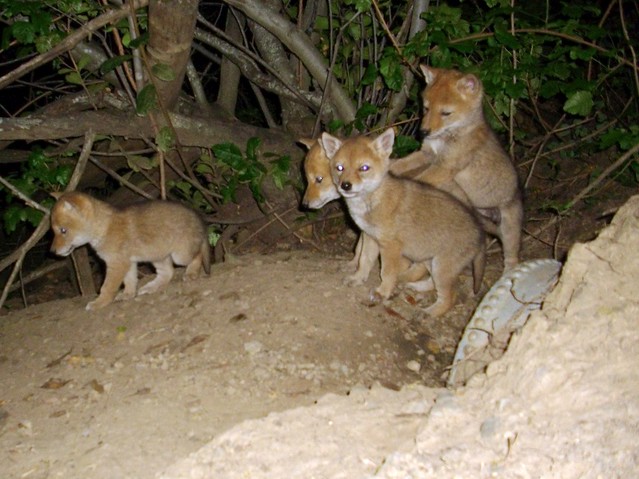 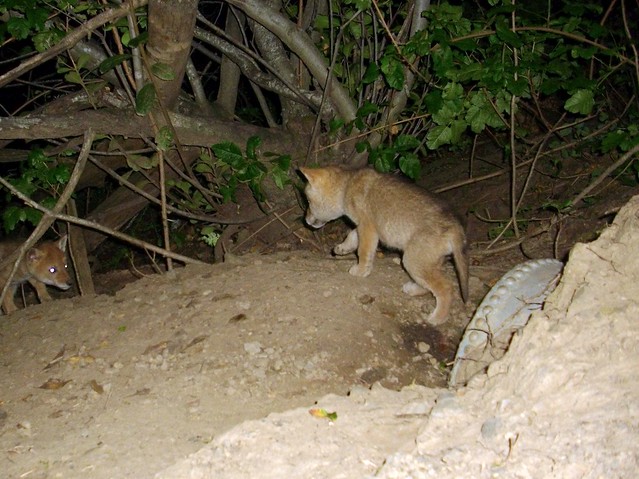 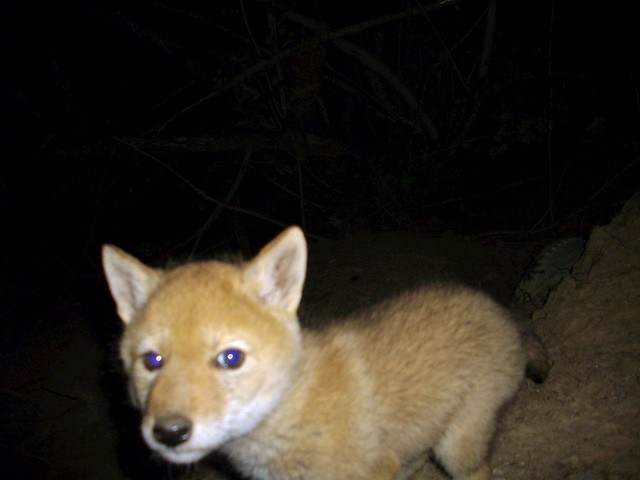 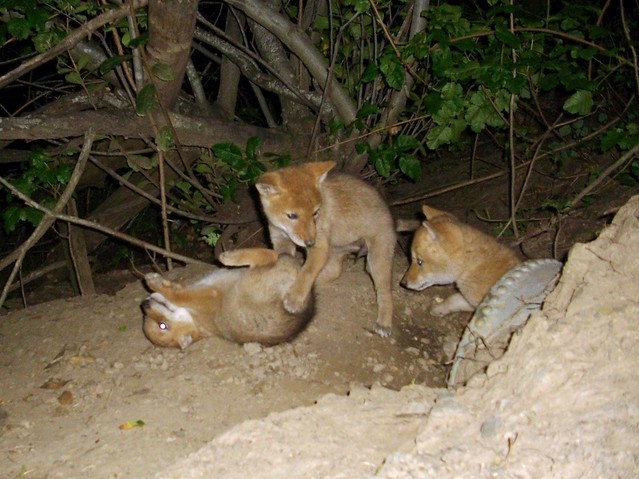 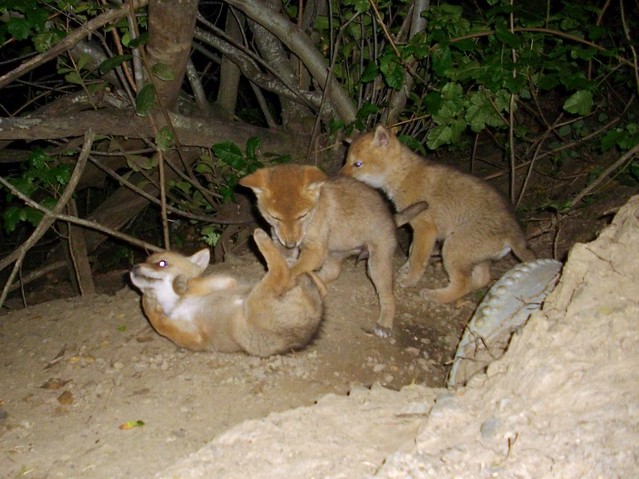 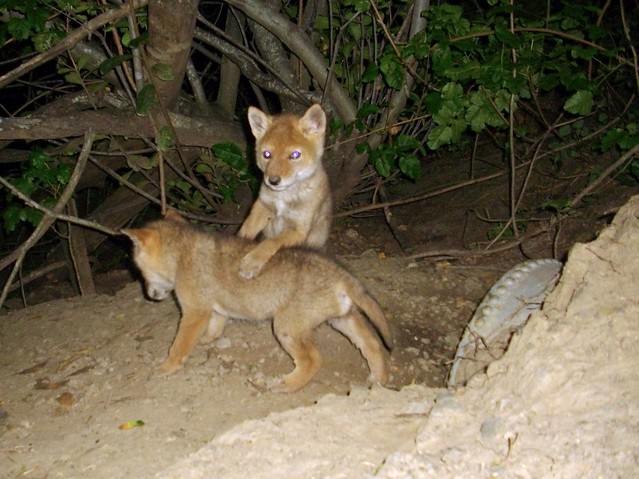 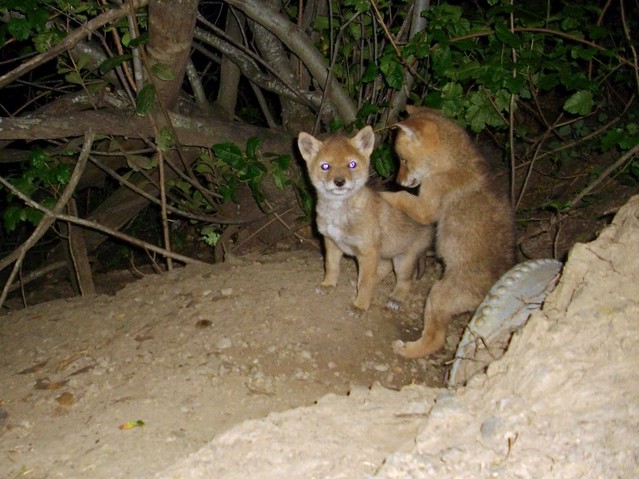 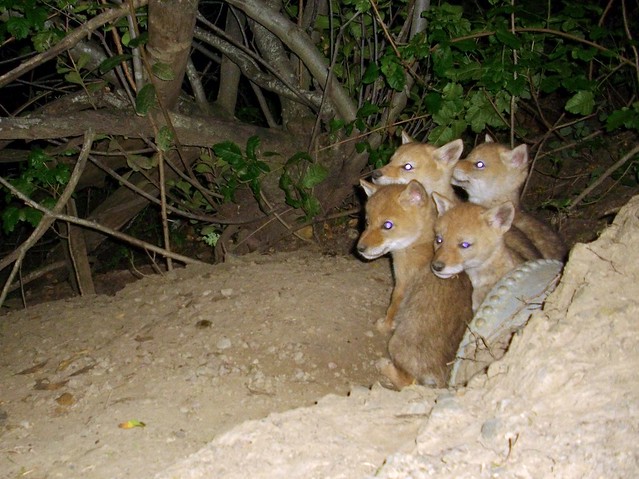 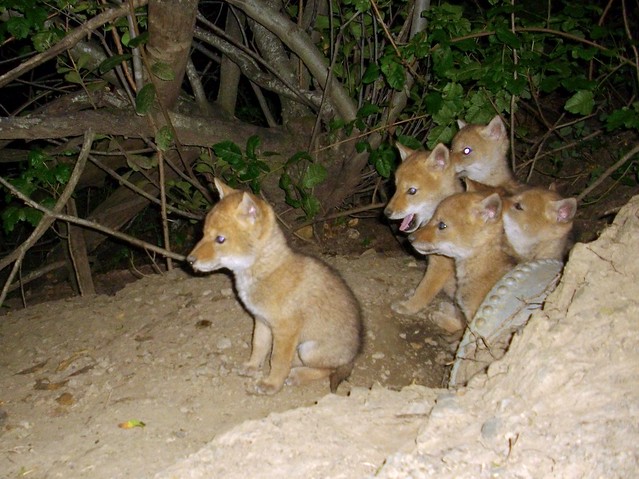 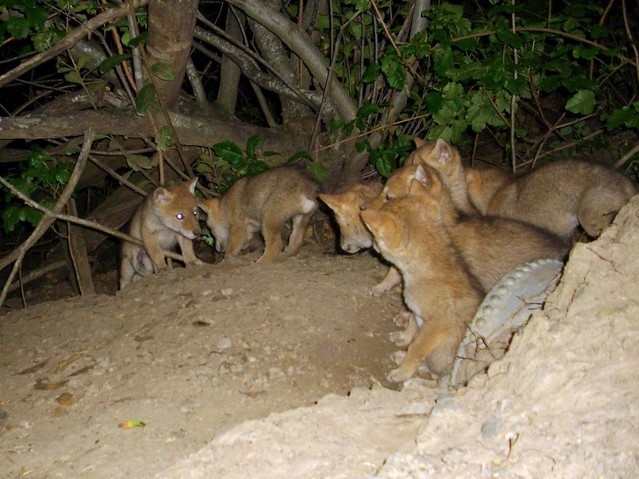 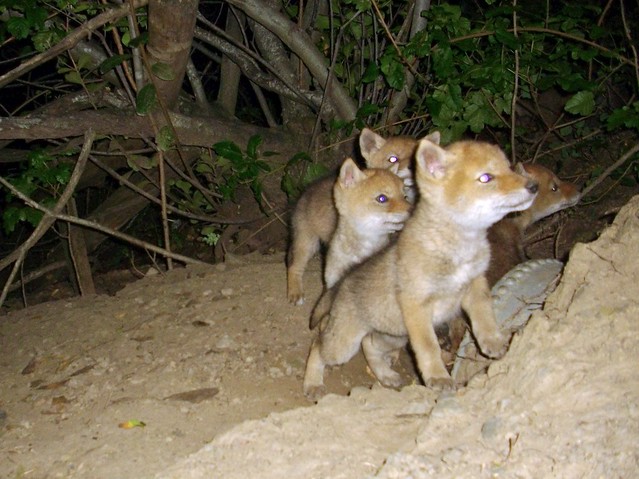 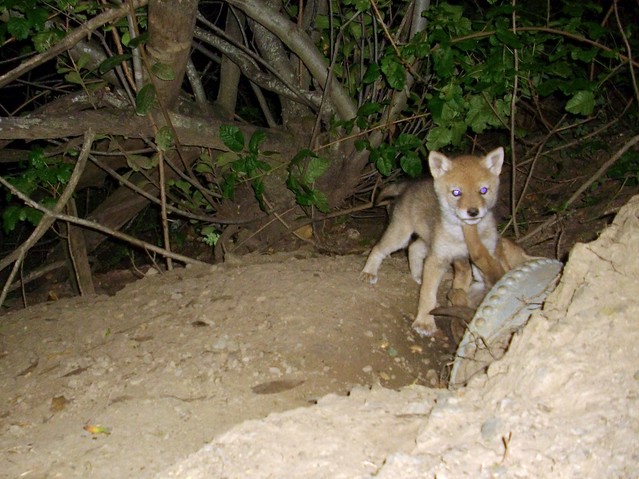 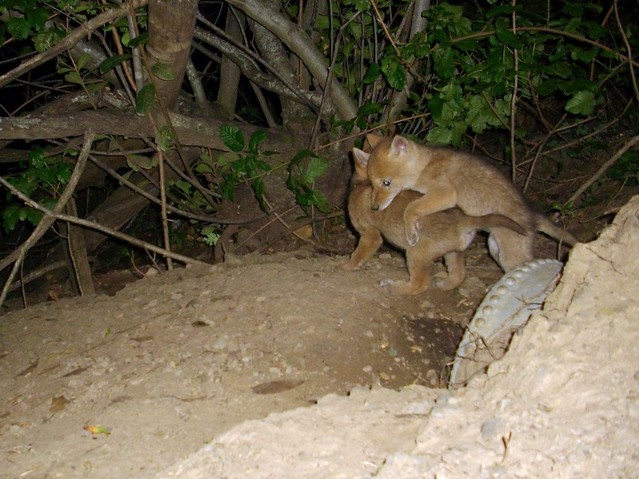