Aside from a few post & porch lights, it was pitch-dark when we rolled in. The air was sharp and cold, hinting at the wide-openness of the lands around us. Above, the Milky Way screamed for attention - it's spiral arm thrown across the sky like a splash of milk on black velvet. We'd arrived at Chimineas Ranch - a sleepy, underknown ecological reserve tucked away in a corner of San Luis Obisbo County, just above Los Padres National Park and Highway 166. 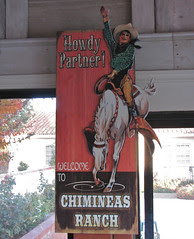 Being my first visit, I had little idea what daylight would bring. But it didn't matter because I was already having a stellar time. I'd just spent 4 hours with the Camera Trap Codger & Fred, wonking on wildlife biology, camera trapping, and any-and-all-things-science (while enjoying an occasional lick on the ear). For an aspiring naturalist, that's practically Nirvana (ear-licks included).

But now we were at the ranch, and it was time to get to work. On ranches, that means sunrise. We chose to honor the tradition, but more because days are short when the sun sets at 5pm, and whispers of rain had us worried about the safety of old, rutted roads.

So, after intros, comfy room setup & raviolis with our most excellent and gracious host Craig - the field biologist with the California Department of Fish & Game (DFG) leading the "expedition" - we prepped trail cams and went to our beds, with visions of kit foxes dancing in our heads (or antlers, in the case of Fred's head).

If I thought the ranch was nice at night, I was even more rewarded by day. It's a stunner. A slice of old Alta California - torn right out of the pulp fiction westerns, full of buttes and canyons and flats and bluffs and springs and ridges. Kinda place that makes you wanna wear spurs. If even just for the cool ching-ching sound they make as you walk. Hey Northface - get working on some!

And as I was to see & learn over our full 2 days of rambling around the ranch, at over 30,000 acres, Chimineas has an amazing range of environs, including oak woodland, yucca obstacle course, juniper forest, annual grassland, saltbush scrub, rocky maybe-cavey jumbles, scruffy chaparral, rugged riparian, perhaps-once-was pond, dusty desert, sandstone/sandbath canyon, and far-far away salt plain. Oh - and comfy bunkhouse too. Note that some of those may be seasonal, and might not be official scientific ecosystem names (or is it biomes now?). 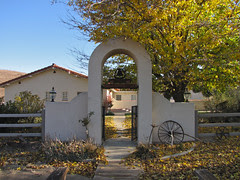 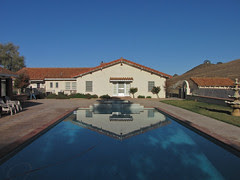 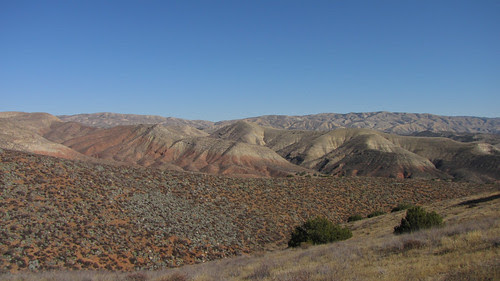 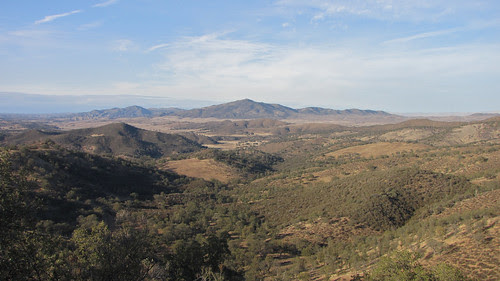 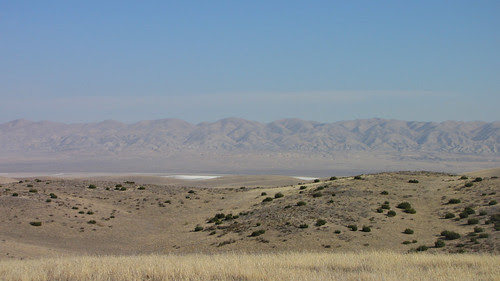 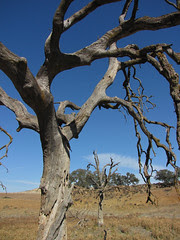 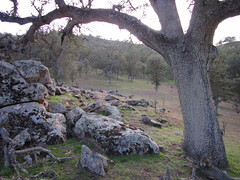 The ranch is part of the Carrizo Plains Ecological Reserve and is all carefully managed with modern conservation techniques by the California Department of Fish & Game. Glad for it too - because the whole bit acts as a wildlife corridor between the 250,000 acre Carrizo Plain National Monument lands and Los Padres National Forest. And, I've heard that wildlife corridors are ideal habitats to find camera trappers...

In just 2 days we saw elk, deer, jack and cottontail rabbits, a coyote and a bobcat (and heard coyotes serenade us at night). We also saw redtails, kestrels, a golden eagle, a long-eared owl, curlews, shrikes, bluebirds and magpies.

A whole range of fascinating snakes & lizards are common, but were already mostly underground by our mid-November visit. We only glimpsed a few late-season fence lizards, and a friendly gopher snake that got off the road for us. 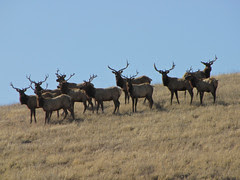 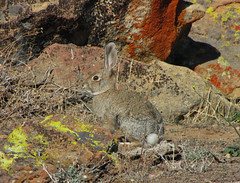 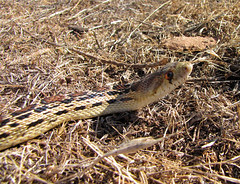 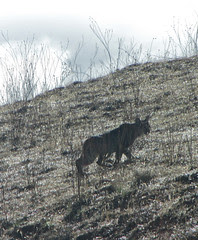 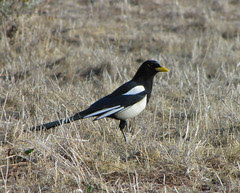 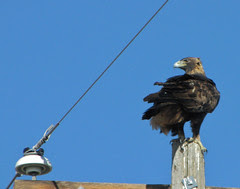 As we tromped around I saw a few wildflowers hanging on, but was told the place really goes off in spring. About 400 plant species have been ID'd on the ranch so far. I really wanna see the Yucca whipplei when it's all blooming. :) 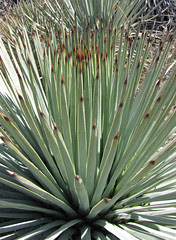 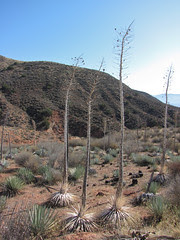 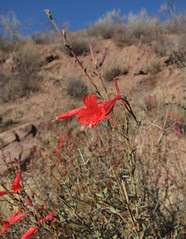 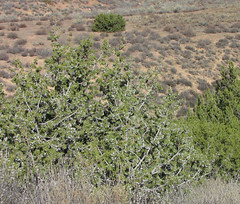 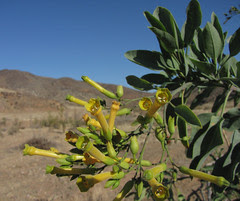 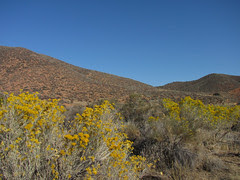 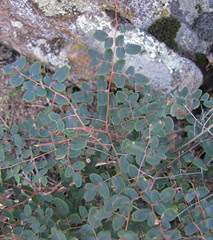 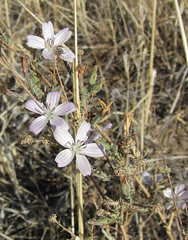 We also saw crazy colorful lichens, old rock carvings, and shellfish fossils from way back when these lands were under the ocean (the San Andreas Fault cuts right through the ranch). The place is a geologic garden. 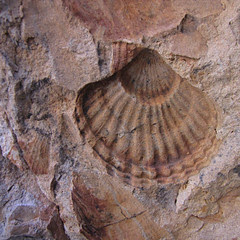 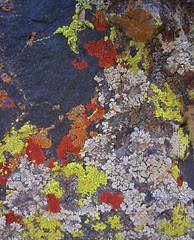 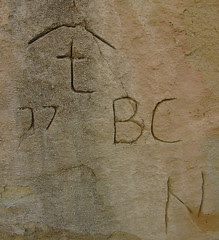 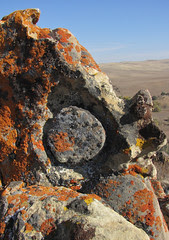 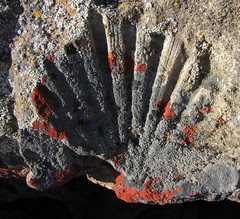 The ranch is public land, so you can come in for hikes and horse rides with a day pass (BYOH). There's still hunting as well (in season, by permit). And some cattle too. I.e., it's still a real ranch in some areas. But there's also lots of science going on - including studies of bats, rattlesnakes & pond turtles, many by Cal Poly. And DFG is encouraging more. Hence the camera trapping survey of the reserve - you gotta know what's around to properly manage, protect & study it.

I think I could fill a book with everything I learned about camera trapping and wildlife biology in the 2 days we were in the field on the ranch. And then there's the stories about Fred's hilarious antler chasing, the knot tying workshop, the delicious stew & pie, and our endless science geeking. But that's not the point of this post. It's just to introduce you to the Chimineas Ranch, because I hope to be seeing and writing about it much, much more.

For those wanting more detail, here's my full set of photos from the Chimineas Ranch.

And here's all my posts on our Chimineas adventures.