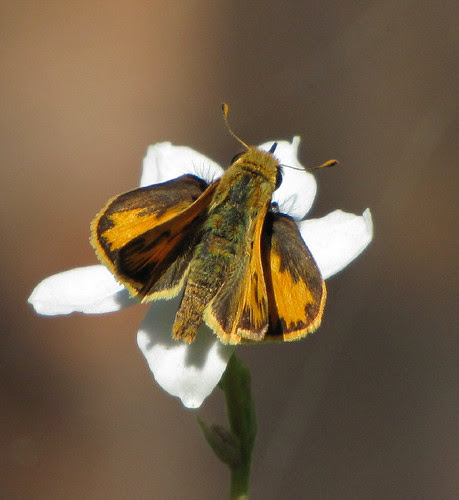 I'm a fan of Skipper Butterflies. I think they have delightful personalities. They always seem to be playing, teasing, and bouncing around like eternal peter pan kids:

"Skipper Butterflies" include about 3,500 slightly different, small, stocky, stubby-antenna'ed species, and are pretty common across North & South America, and even the world. They're so common in California, that if you grow up here, you grow up with them - like poppies and oak trees and blue bellies, and the dry grassy hills of summer. And to me, common or not, that makes them old friends. Home. Family. Characters of California.

For those uncertain, yes, skippers are butterflies - not moths. Well, mostly. Lepidoptera is broken into moths and butterflies, with those "butterflies" falling into 3 buckets - skipper butterflies are in one (the superfamily Hesperioidea and family Hesperiidae), 'true' butterflies in another, and moth-butterflies in the 3rd. However, fossil records suggest that moths came first, and that butterflies evolved later as a subgroup, so I think that makes all butterflies moths anyway.

I see skippers in my little yard regularly. They like some of my flowers and shrubs for sipping, and others for posing and reposing. The majority seem to be Fiery and Umber Skippers. Almost positive they're all Grass Skippers, of the sub-family Hesperiinae, but there's so darn many different species with brownish-orange coloring...

Here's some more of the characters from my backyard: Umber Skipper on leaf tip. Likely a male - they pose on high
promontories to attract the eyes of lady skippers... 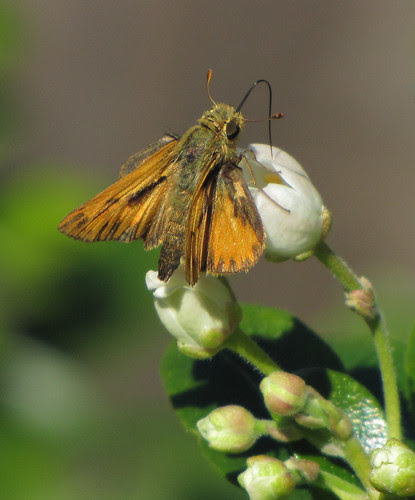 Fiery Skipper adults feed on flower nectar, but the caterpillars
live on grasses, which is why they do so well in the suburbs. 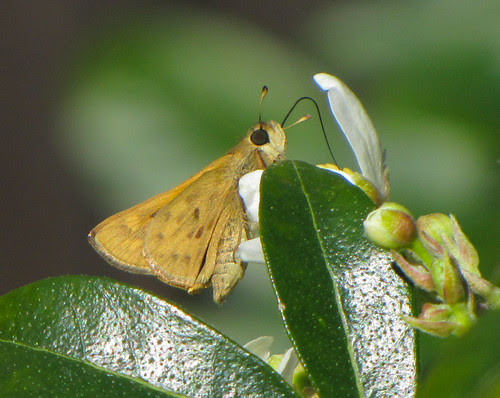 Here's a Fiery couple I caught doing la rumba sumba (nudge, nudge, know what I mean?). Depending on the local weather, skippers can have several "flights" a year. Each "flight" being a generation that goes from eggs to caterpillars to pupae to butterflies to mating to, well - death, in just a few months. Definitely a case of the candle burning twice as bright, yet half as long... 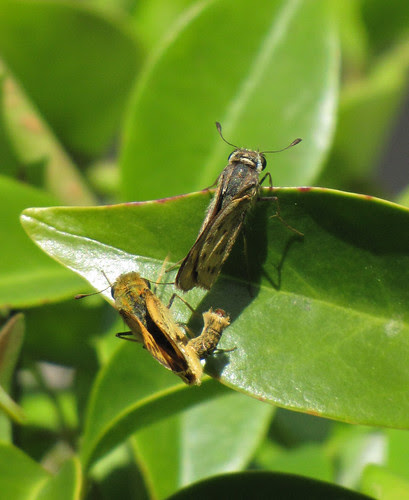 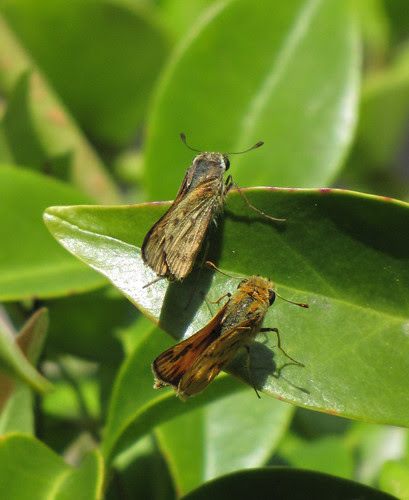 She coyly skooched towards the end of the leaf, so he had to
try another angle... 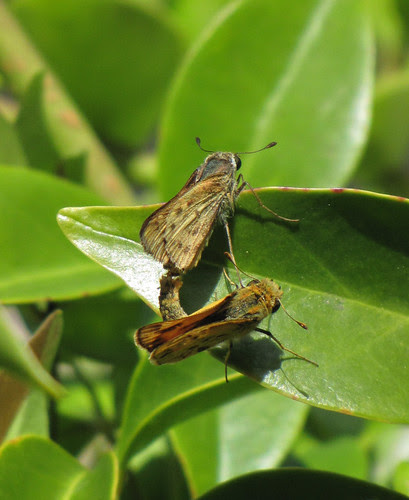 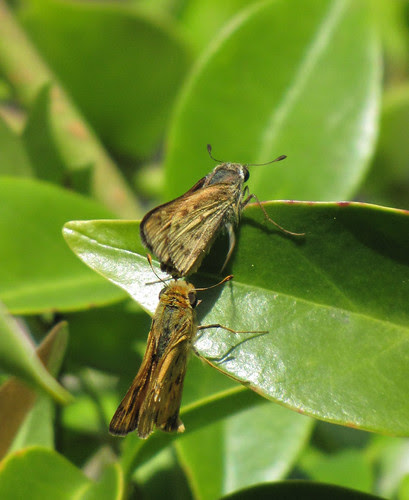 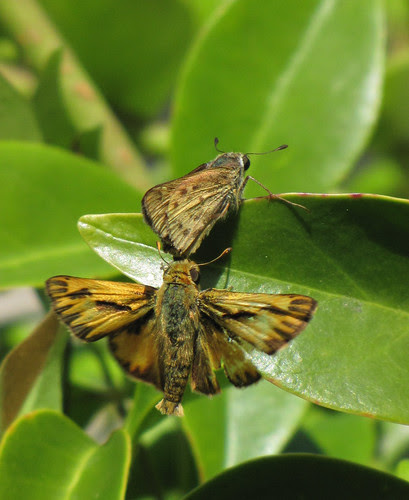 In fact, the skippers that live in my San Francisco Bay Area backyard are finishing their last dance before winter right now. Then they lay eggs, and will be gone 'til spring.

I'll be watching for their kids though. We're old friends.